Did Assange get Extradited?

Now that's weird... Another guy tried this before this one, and he got a nice confirmation on the direct question if Assange was well.... to which the Equadorian personel answered that yes he is perfectly fine.

So from perfectly fine to I can't speak about it over the course of half a day???

posted on Oct, 17 2016 @ 04:59 AM
link
Just saw a stream from 2 hours ago. A guy filming with his phone. The embassy looks safe, not a single cop outside. So that post must be exaggerated.

originally posted by: flice
Just saw a stream from 2 hours ago. A guy filming with his phone. The embassy looks safe, not a single cop outside. So that post must be exaggerated.

Yes I also just saw a stream, looked pretty normal to me. Although when the person called the embassy they confirmed Assange was Ok, no problem
edit on 17-10-2016 by ssenerawa because: (no reason given)

Couple of things don't make sense so I'm calling this false. First the UK isn't going to just barge in to an embassy. Second they wouldn't shut off thr power and even if they did they would have a generator backup. Also think the people would notice pepole scaling the building and call the press. The only way he leaves is if they decide to hand him over. And that depends on what political pressure can be applied.

First the UK isn't going to just barge in to an embassy.

They did in 1980 with the Iranian Embassy, yeah OK, they had justification to do it, with Ecuador .... depends who's justifying the justification

posted on Oct, 17 2016 @ 06:05 AM
link
a reply to: corblimeyguvnor
The Iranian embassy wasn't under the control of the Iranian government at the time. That was rather the point.
I was just wondering if the original claimant might try to exploit clips of 1980.

originally posted by: DISRAELI
a reply to: corblimeyguvnor
The Iranian embassy wasn't under the control of the Iranian government at the time. That was rather the point.
I was just wondering if the original claimant might try to exploit clips of 1980.

Fashion and Hairstyles have changed as has video quality, i'm sure using 1980's footage would be picked up in an instant

posted on Oct, 17 2016 @ 06:09 AM
link
I'd say that deals have been done and Assange is #ed now.
I hope what ever files are gonna be dumped has enough to take down the war mongers.

Contrary to popular belief, this is not some super-effective gagging order from the British Government. A D-Notice (nowadays a DA-Notice) is an advisory document, circulated by a special committee of defence experts, urging media not to report a certain military fact on the grounds of National Security.

Compliance is completely voluntary. And if one were used in frivolous or unethical ways (such as to cover up a kidnapping or murder), any editor who didn't ignore that D-Notice would deserve to lose his job for incompetence.

D notices are to protect national secuity and are voluntary. Is there anyone who really thinks Assange is a threat to national security? A threat to women perhaps (allegedly), but come on whatever happened to scrutiny of the obvious hoax and waffle?

edit on 17-10-2016 by kibric because: irrelevant question answered

originally posted by: Encryptor
a reply to: weirdguy


Alive, maybe. Dunno about the "well" part. If the US has somehow strong-armed Ecuador into allowing Assange's extradition, then he's probably as good as dead.

I mean, you don't really think Obama shut down those CIA black sites, do you?

Also, the Dept. of Justice has already stated that, as far as they are concerned, Assange has not committed any crimes under US law (since he is not a US citizen, and does not live in the US, he is under no obligation to respect US laws regarding classified info). This may sound good for him on the surface, but really it just means that Assange will be dealt with extra-judicially.

originally posted by: weirdguy
Here is a twitter thingy for the embassy.
twitter.com...

that picture doesn't look like he's eating 'torturous' /ala pamela meals- does it? 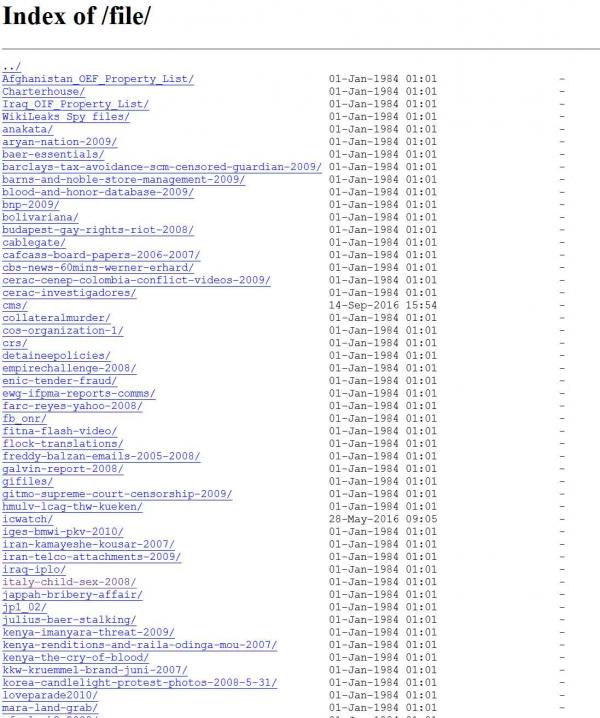