Hillary's last personal vehicle says a lot about her.... 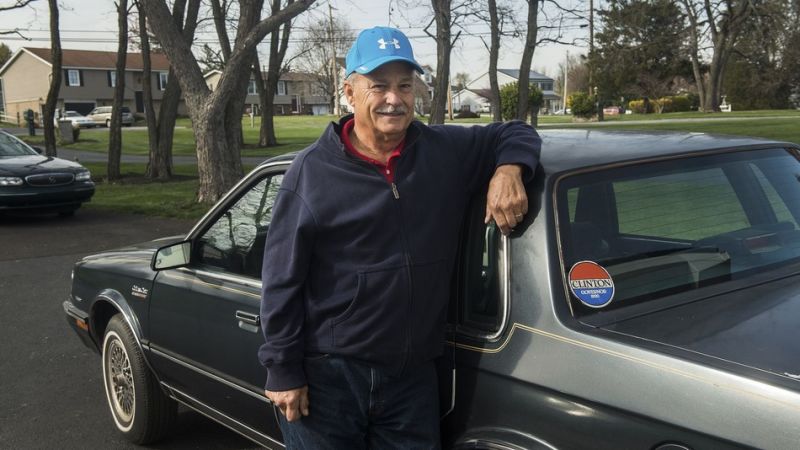 I mention the movie for clarity, and the fact it's about a clan of bloodthirsty immorals.

Hillary Clinton’s old car, an ‘86 Oldsmobile Cutlass Ciera so deeply uncool that neither the White House gardener’s teen daughter nor the Clinton Library were interested in taking it, is officially for sale—not that anyone wants to buy it.

On a subjective level, it's as bland and gutless as vehicles can, but has a facade of luxury and performance, a perfect metaphor for Hillary.

posted on Oct, 17 2016 @ 01:38 AM
link
Perfect candidate for a pimpin'.
Stuff a Zr1 drivetrain under the skin and mount some proper suspension.
I'd drive it.

originally posted by: Nyiah
If it runs, I'd buy it. Working order for Point A to Point B is what matters. My mom had a Delta 88, it got about 20 miles to the gallon. I think This gets a few more to the gallon, ergo good enough for me. Not the best mileage, but acceptable for a car almost as old as me.

Wow, you know a lot about cars, don't you?

originally posted by: IkNOwSTuff
I dont have one good thing to say about Hillary and I even I think this is lowbrow nonsense

It's called mediocrity, surely part of your lifestyle. 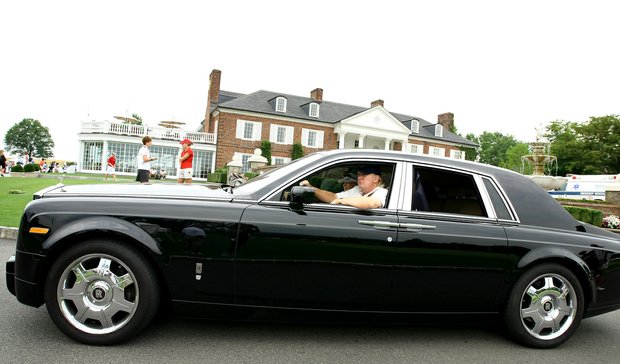 This has to be one of the most worthless threads I've ever seen here.

It's more like a joke that the Onion would have.

It's even worse than judging Clinton because of her Pantsuits.

You people really need to grow up with some of the BS you post around here.

It's not just stupid and annoying to read but it makes you all look like total idiots for even posting it. (my opinion)

They're in panic mode. They can't say enough bad things about Hillary because the republican candidate is driving his car off a cliff.
Same kind of crap they've been posting all along.

And I'm not looking forward to seeing these kinds of threads over the next four years or eight years but it will happen. Like the Obama bashing threads which still keep coming even with less than 100 days until he's out of office.


Literally made me laugh out loud.

posted on Oct, 17 2016 @ 03:36 AM
link
I'm sorry but the US presidential race is a complete farce. Not for the 2 candidates themselves, but whole thing from the public up to the very top.


A very long winded public slingning match, (As far as I can tell) barely any politics, and a voting nation who care little for what their candidates policies but more about damning them to hell for the smallest thing. I.E their last owned car?


If that's how you want to vote for your "Leader" then albeit that is fine. Don't expect anyone to help when it it all goes down like the Titanic though.

Complaints from the usual Kool aiders, but they can't resist posting. That always amazes me. "I don't like Indian food, but I'll eat it anyways, just so I can complain about how much I dislike Indian food".

It's because campaign season is way too long. They started campaigning last summer, which means we would've had at least 17 months of this crap by election day. Plus, these 2 particular candidates have been in the public eye since at least the 80s, with Trump being a celebrity who's appeared in movies, tv shows, and even professional wrestling's top event Wrestlemania.

It's hard to have real discussions about these 2 particular candidates because they both seem to have soundbites both supporting and opposing every policy position (because of their long careers in the public eye). Both of their families are notoriously close, and Trump was still gushing over Hillary just 4 years ago in interviews (after defending Bill Clinton over the impeachment scandal while knocking Bush for the Iraq War in 2008).

Oh yeah, and Hillary's team was nicknamed "Camp Weathervane" before and during the Democratic Primaries, because she'd always wait to find out the most popular position on an issue before deciding her own opinion on that issue. But Trump is notorious for the exact opposite, literally changing his own opinion within days and then denying he said what everyone clearly heard him say. He's even contradicted his own PR people and running mate like this!

In other words, no one can say for sure what either of them believes because they're both notorious for changing their minds on important issues. So it's kind of hard to debate real policy proposals from either one because those position are subject to change.

It's a crying shame because one of these people will have to run the country soon. It also insults the intelligence of the Americans who actually care.

It probably goes to show how much policy is dictated to leaders when they are in office.

posted on Oct, 17 2016 @ 10:39 AM
link
As a pantsuit accessory it does match the fashion stable
Presidential material...
It's better than the chauffeured driven ambulance she is getting around in now, that's not presidential
Well maybe in the US