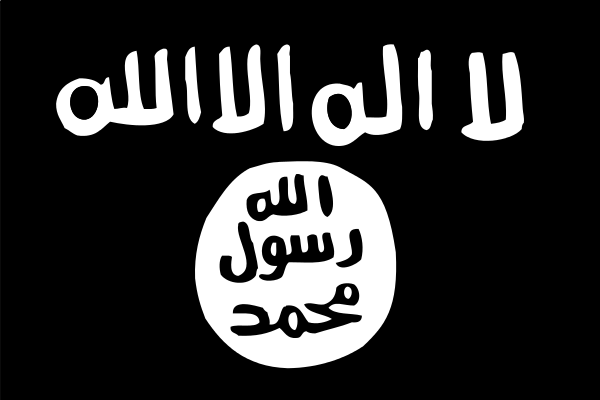 (The flag in question)

Flying the Isis flag in Sweden is not illegal and cannot be considered an incitement to racial hatred, according to a Swedish prosecutor.

Apparently a man was reported to police for posing with an ISIS flag and posting the photo on Facebook. His defence is: "the flag has been used as a symbol of Islam for hundreds of years and then abused by ISIS" However I feel like a person who wasn't of faith who posed with a swastika "because it was an international symbol of peace for hundreds of years until abused by the Nazi's" would fair rather differently and would probably be plenty ridiculed.

To be fair in the United Kingdom it is legal to fly any flag you like in the UK as long as you aren't using it to incite racial hatred, however, you must wonder how thick somebody is to pose with this flag and not state they denounce ISIS, only identifying with the flag on a pre-ISIS basis.

"is not an expression of disrespect towards any ethnic group," she said, because Isis is "against everyone except those who belong to Isis"

When surely this is instead an expression of disrespect to all ethnic groups because simply because "Isis is against everyone".

It seems like the world is permanently stuck on backwards day. I wanna break already.

posted on Oct, 16 2016 @ 04:49 PM
link
Good way to catch the buggers declare it legal and then go around arresting them all.
I hope that is the idea anyhow.

posted on Oct, 16 2016 @ 04:51 PM
link
While I believe they have every right to take back the flag...
There are many other Islamic flags to parade if that's what you like doing.

This was obviously eristic in nature though, in my opinion.
Nobody would do this without wanting to be controversial...
No matter how bad you want to reclaim something.

originally posted by: TheKnightofDoom
Good way to catch the buggers declare it legal and then go around arresting them all.
I hope that is the idea anyhow.

You been drinking again mate.

as pointed out, nice way to advertise yourself for a watchlist.

Unfortunately Europe seems to be pussyfooting around ISIS and I feel Muslims in general for fear of reprisal (excluding france who were pretty ragey and just stomped on what they could) so I must doubt that this is the case.

Oh and all the Muslims I know would want anyone arrested for flying that flag...they get mad man when they see their religion used by the garbage that is ISIS.
edit on 16-10-2016 by TheKnightofDoom because: (no reason given)

originally posted by: TheKnightofDoom
a reply to: Hazardous1408

Oh and all the Muslims I know would want anyone arrested for flying that flag...they get mad man when they see their religion used by the garbage that is ISIS.


Have one for me mate I've been sober for 2 months.


For sure it raises a flag. (Pun not intended)

With that said, "reasonable suspicion" would no doubt be allowed if someone was parading the ISIS flag.

Who invented the idea of a flag anyway?

They would get a right kicking around here from the real Muslims.

Well, if dummies want to fly the flag then they know who to watch.

It should be illegal.

NO GOD BUT GOD


And then below that, in a circle:

Is now representative of ISIS to the exclusion of all other muslimness?
I'm kinda with Sweden on this.