I want real aliens! I don't want them!

We know you're out there.

Why keep up the façade any longer?

It's getting frustrating, even annoying.

We don't want to be ALONE, and we probably need their help, ah but who can we trust? What powers and principalities not of this world are there and what master do they serve?

On second thought, maybe real aliens wouldn't be everything we think they're cracked up to be, if we were to encounter them. Maybe they would ruin everything not the least of which is our own freedom and self determination.

Maybe otoh, now that I think of it, real aliens might be the last thing we need, or some sort of encyclopedia galactica, when we are not ready for such a thing?

So as much as I want real aliens, I don't want them.

Plus I'd hate to see the social media reaction, knowing full well that said aliens have already hacked the entire internet for processing.

Aliens be gone! You have no truck with the human being. Unless you're protecting us from meteor impact, scram.

A beacon from a distant star who's data we cannot decipher would be more comfortable.

If they were right on our face, that would suck, or even monitoring us and our every communication (hello).

I would rather, if they're not going to make contact, to get away, and honor our own right to privacy.

And to think that they are glued to the 2016 Presidential Election almost makes me sick to my stomach.


It's hard though, on the one hand so want real alien evidence, and on the other, not the real thing in your face blowing your hair back and making you want to take the day off work because you just can't get your bearings at the actual news itself.

That said, I had a prophecy as a young child, that this would happen in my lifetime, and other things have come true. I predicted the war on terrorism long long before that became an issue, and the great crash of the market at the very moment that it began (shrinking credit).

This is going to happen - full disclosure. There's no half measure about it.

I think that even if it's something that we can hardly understand or fathom that it would probably be a good thing to blow everyone's mind, might wake us up to the need to be good stewards and show ourselves to be trustworthy in the coming age of FTL travel through the stars.

Whether they are there, or not, I think that we should be shaping policy "as if" they are, even if only where Civility may be defined as:

Consciously motivated organizational behavior that is ethical in submission to a higher power or an imagined perfect observer, who also observes the observers observing.

If it's not ethical, then they must cease and desist.

Therefore, if we really want to have contact and get to enjoy the knowledge of real aliens, there must be an ethical framework by which that would be made possible, and if we act as if, then we'll be ready when they show up as if right on time because that's the way these things kind of roll.

But it's interesting the impulse to both want the evidence, and not want it both, to allow our world to maintain a certain innocence, and to find our way to a place where we would be fit to join the socio-political dynamic of the interstellar or intergalactic society of advanced, civilized worlds.

We have to keep on evolving and growing as a species and as a world of nations.

Then and only then will we get real aliens up close, and get to travel to other worlds with all kinds of stuff going on.

I think we have much work to do in our own world, to heal it, at all levels, before we'll get to join them and play around with them, go places, do stuff together.

This is one reason that I'm a Christian, because I am convinced that until we appropriate that model of authentic civilized leadership, we ain't going anywhere worthwhile, except maybe dusty 'ol Mars.

Aliens take us away!

That would be funny if some day they showed up and we all had to board an arc because we were destroying the Earth, and be resettled for a time at another prepared destination. As long as their manifesto didn't translate as "To Serve Man" (a cookbook).

Honestly, I think that the reason there hasn't been disclosure is because no one has the first clue as to what's going on or who or what we're really dealing with, or how many or how they relate to one another and to our world.

They're too damned secretive, aliens and secret government both.

But do we REALLY want to know with absolute certainty?

The mere question almost scares me a bit because of the implications of it for me and for us all.

I'm conflicted about it.

If you were aliens would you really visit a planet that created Honey Boo Boo?

posted on Oct, 16 2016 @ 03:11 AM
link
When People get to the point where they just want to flee the planet and go 'home' and asking for Aliens to save them, you know it's gotten bad enough on Planet Earth it's almost not worth it anymore. Sad it's come to this.
edit on 16-10-2016 by Encryptor because: (no reason given)

Quite the rambling.
But I once was conflicted as well, so I understand.
To pick up your school metaphor, it's time they show up and tell us what the curriculum is, don't you think?
"Children for your exams you need to study social justice, sustainability and later on the playing field we'll exercise personal responsibility."
But if they'd just show up to wipe us out and if that's inevitable than let's hope for another good day.

originally posted by: Encryptor
When People get to the point where they just want to flee the planet and go 'home' and asking for Aliens to save you, you know it's gotten bad enough on Planet Earth it's almost not worth it anymore. Sad it's come to this.

No no, I'm very hopeful and optimistic. Just trying to put it out there for consideration in order so that we will pursue something better right here as the rightful stewards. If the aliens were going to intervene en mass they would have already done so.

It's up to us to make this world a better place for one and all.

That too is almost frightening in it's implications for the acceptance of a much greater degree of responsibility for the mess we're in, but it's not too late!

However complex, our problems are human problems and therefore have human solutions that are capable of solving them, individually and collectively. We can do it.

But if they are watching I'm sure at times that we've made and make them nervous, about their responsibility relative to us, if there is such a thing, some sort of complex Prime Directive as an interstellar legal framework that everyone abides by where perhaps it could even be said that was is loosed on earth is loosed in the heavens but what is bound on earth is bound in heavens also.

And since we are the inventors of Honey Boo Boo and I Love Lucy and the 1st and 2nd world wars, then the joke's on us I guess.

Time to get our proverbial # together!

As for aliens turning up be careful what you wish for but you touched on that . One positive would be seeing the faces of all those that worship a god . Mind you they might just park in the Vatican and invite the pope over for a jacks .

Or the look on atheist's faces if they turn up as converted Christians already, with a little hologram recording of Jesus on the cross.

"Let all with ears to hear let them hear!" (Jesus knew that word would get around).

posted on Oct, 16 2016 @ 03:40 AM
link
That aside (don't want to prejudice anyone), I just had this vision of a vast array of different alien ships of every make and model, that shot here from God knows where, enough to fill the sky, who might have come rushing here in anticipation and joy and with open arms (or their equivalent) only to stop dead in their tracks the moment that they intercepted and interpreted our communications and discovered all about what we're up to.

Let's just not hope they are not like a court of some kind gathering data on us or we're doomed!

Why should aliens travel to earth... If they can just edit the internet?!

Oh no they can't they just can't
maybe in the distance future but not now...


edit on 10162016 by frenchfries because: alien language removed 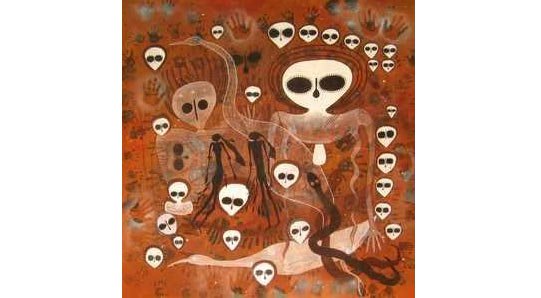 posted on Oct, 16 2016 @ 04:00 AM
link
Aliens won't like us-we are each so individual that it will confuse their ordered existence. They might try to understand an individual at a time but they will give up and leave-never to return from their confusing and basically failed expedition.

originally posted by: AnkhMorpork
a reply to: frenchfries


Used to think it was a rather large gorrilla with a tiny brain but now i'm enlightened :
So it's kinda obvious that it are the same ones that made this civilization addicted to internet...
For them It's al about controlling the Herd and having fun

Yeah the internet might be worth a few #s and giggles, so they've probably already relayed it by quantum ansible to the rest of the galaxy.

Or if it was a meeting with the Pope perhaps they might crack out a very unique and well crafted wine that's been held in storage for a couple of millennia.

These are not really aliens , this are identities that live in the Waveparticle space inside the earth. That's why aboriginals call them creatures from the dreamtime. Nowadays humans made some advancement in that area they call it GeoNeutrino emissions, we almost laughed our tiny little grey asses of. Sea under Beijin hillarrious
edit on 10162016 by frenchfries because: (no reason given)

Tell us more about their sense of humor, mirth and playfulness.


I think our job as humans is to teach them how to laugh.