I hesitate to post this but I must..... it just seems off to me.

Just got back today from a 4 day 1700 mile road trip to take care of some personal business.

The drive, for what it is worth, was out to the east coast close to Yorktown, Va. up to just south of DC and back.

To break the monotony of the drive, I decided to count how many campaign signs I could see for each candidate. I enlisted my wife's reluctant help to look since I was the driver.

The other 800 miles ranged from a variety of locales, from rich to poor and everything in between. Sometimes out in those small rural areas, sometimes in a marine bar just south of Quantico, where people are still friendly and willing to talk.


Finally tally......Trump Signs outnumbered Clinton signs by a factor of five, they were usually bigger, better placed, highly visible. The problem is the actual numbers....

We only saw 50 Trump signs and just 12 Hillary signs. Of the Hillary signs 1 was large and the other 11 were small, and sometimes hard to see...you had to look for them.

Of the people I talked too, the make up would be roughly 50/50 white/black. There was a noticeable lack of enthusiasm and the general trend was I am republican and going to vote for Trump. There were quite a few I am a democrat but I am not going to vote in the election and only a couple of Hillary supporters.

And the other thing that was just off.......bumper stickers.....neither my wife or I can recall seeing a single car with anything political on it.


The best one of all was a young lady at a convenience store who had recently registered as a democrat so she could vote for her very first presidential candidate and had been excited to do it...but she now she has decided not to vote because of all the stuff going on.


It seems so crazy that with all the hype you see on the news, out there in the real America.... the election is almost non existent compared to the amount of bumper stickers and signs you saw in the last few elections.
edit on R392016-10-15T21:39:14-05:00k3910Vpm by RickinVa because: (no reason given)

My experience too, but it apparently means nothing. I did a similar thing on my trip to and from visiting my brother a few months ago. Almost nothing, but what there was, was overwhelmingly more Trump then Clinton. You didn't mention third parties though. I saw more Stein and Johnson than Clinton as well, but whatever means nothing I know.
edit on 10/15/2016 by Puppylove because: (no reason given)

My step-daughter (a registered Democrat) recently told me she was planning to write in Bernie Sanders. Hillary evokes nothing but contempt, and the Democratic party betrayed its supporters.

posted on Oct, 15 2016 @ 10:01 PM
link
There is no use tallying them around here we just experienced Hurricane winds. All those signs became projectiles.

The experience where I live is similar, I'm seeing very few signs, but they are all Trump. Just last week I saw my first Hillary sign. Literally, this entire campaign season, I have seen ONE sign for a Democrat. Back during the Primaries there were signs but they were all for various Republicans, usually Cruz or Paul.

posted on Oct, 15 2016 @ 10:33 PM
link
Likely less because Democrats are ashamed. All the major networks, corporations, banks, Wall Street and Hollywood is in their corner, plus the voter fraud thing going. They are still voting for her just not proud of it.

Correction. I have seen two bumper stickers.
1) Giant Meteor
2) Veterans for Trump, on a Harley.

So, based on bumper stickers, it's a tie between Trump and Meteor.

I can buy that. Meteor has a very convincing platform.

Hopefully they're waking up to the fact the whole thing is a scam, and maybe they'll do something about it.

An oligarchy cannot survive forever on lies and deception. Especially not since the creation of the internet and dawn of near instant communication.
edit on -050010pm10kpm by Ohanka because: (no reason given)

originally posted by: Puppylove
a reply to: Phage 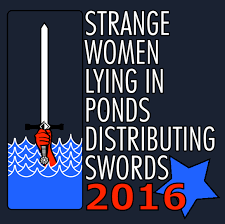 I'm in Texas so I'm yet to meet a single Hillary supporter...

originally posted by: underwerks
Everywhere you DON'T see a Trump sign is a Hillary voter.

Is this supposed to be sarcasm, or?

I only see Trump signs where I am. Trump tees, bumper stickers, etc.

And no, I'm not in the Bible Belt but live in Colorado. There may be a few up in Boulder, but I avoid Boulder. Too many poser hipsters for me.

posted on Oct, 16 2016 @ 12:42 AM
link
Wonder why its Trump or a meteor? Or this election going south (for them) and war drums beating, almost like not so subtle messages passed here and there. The only drums that need to beat are really angry people who are completely fed up with the corrupt elite of this world and their exploitation, extortion, abuse, murder, torture and slavery of everyone. Fed right up to the tee, and ready for people to stand up and get this world back.

At least Trump is their first attempt to do this.