Dear Hillary, your Racist Logical Fallacies make me want to drive a corkscrew up my...

posted on Oct, 14 2016 @ 08:43 PM
link
Dear Hillary,
I'm one of those types that blatant fallacies I find irritating. Especially when they're deliberately wielded. In particular when used as a blunt instrument in a political campaign (bent on war mongering).

Lately an increasingly irritating example is how your Campaign keeps making an overbearing use of this whole idea that Trump insults entire groups of people every time he insults / criticizes an individual. This is a Deductive Reasoning Fallacy, and it is really annoying. You do it every time I see you speak now, and so does your VP.


Now, I got to tell you though, we've seen this kind of behavior all through the campaign from my opponent. And unfortunately, some people don't want to face it, but here's a man who has insulted not just women but African-Americans, Latinos, people with disabilities, Muslims, POWs and so many more.


And I just want to talk about the tone that's set from the top. Donald Trump during his campaign has called Mexicans rapists and criminals. He's called women slobs, pigs, dogs, disgusting. I don't like saying that in front of my wife and my mother. He attacked an Indiana-born federal judge and said he was unqualified to hear a federal lawsuit because his parents were Mexican. He went after John McCain, a POW, and said he wasn't hero because he'd been captured. He said African-Americans are living in Hell. And he perpetrated this outrageous and bigoted lie that President Obama is not a U.S. citizen.

Call me crazy, but to me when people only see people as being in this race or that race, instead of being individuals, to me that is racist. Following my logic, if somebody of one race insulted somebody from another race, and you turn around and go on a campaign about how dude A insulted all of the race of dude B, no matter what the nature of the insult was, to me this is a Racist Logical Fallacy (RFC).

This makes the nature of your fallacious speeches and debate arguments even more annoying.

Your RFC driven speeches make me want to take a corkscrew and drill it right up under my big toenail. When Kaine does it it makes me want to smack the corkscrew-up-the-toenail-bound big toenail with a ball ping hammer.

Please read a logical fallacy list before your next speech or debate. Otherwise I will pray to Bill that you'll send some ISIS hitmen here to behead me. Otherwise, if you keep doing it it will be as if they are here doing the messy task with dull butterknives.

PS: If you do a steel chair match with The Donald in the next debate I will vote for you for sure.
edit on 14-10-2016 by IgnoranceIsntBlisss because: (no reason given)

She ACTUALLY SAID 'we now know who the real Trump is'.

The only thing we've heard is DEMAGOGUERY.

The above is who Hillary really is. The entire way her campaign has gone about attacking Trump is like the ultimate case study in psychological projectionism.

Again, I'm glad I'm not the only one who has noticed the projection.

Someone should tweet Ben Garrison and tell him a good cartoon would have Hillary as a movie projectionist, with all the movie reels stacked around her labeled with stuff like "BIGOT", etc. All the stuff they go after Trump 'for being'.

Good plan, in the meantime: 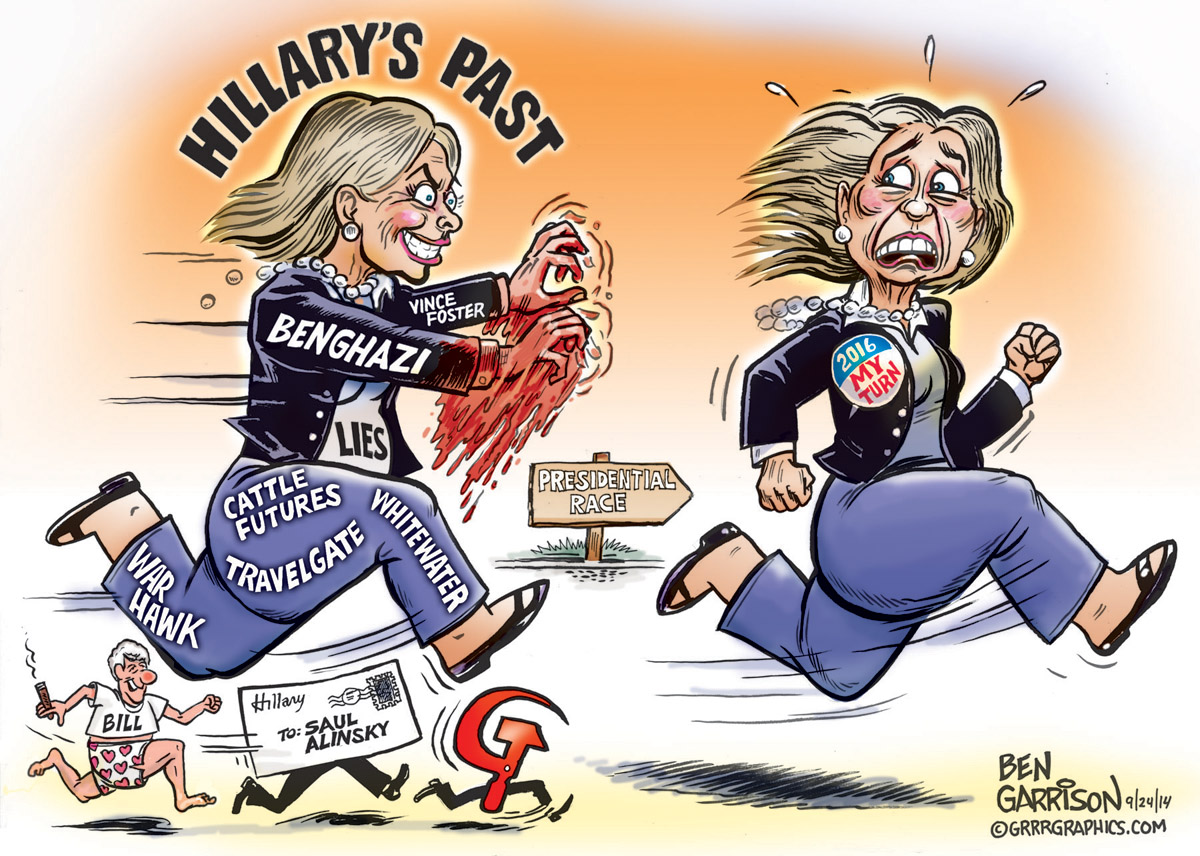 
I dont have twitter or I'd send him the idea. Someone please do!

originally posted by: IgnoranceIsntBlisss
Dear Hillary, your Racist Logical Fallacies make me want to drive a corkscrew up my...


Dear lyingly named,
Please film it so I can enjoy it on youtube!
Love, Hillary

Do you have an argument, or are you just here to insult people?