Signals having the same period were found in only 234 stars overwhelmingly in the F2 to K1 spectral range. The signals cannot be caused by instrumental or data analysis effects because they are present in only a very small fraction of stars within a narrow spectral range and because signal to noise ratio considerations predict that the signal should mostly be detected in the brightest objects, while this is not the case. We consider several possibilities, such as rotational transitions in molecules, rapid pulsations, Fourier transform of spectral lines and signals generated by Extraterrestrial Intelligence (ETI). They cannot be generated by molecules or rapid pulsations. It is highly unlikely that they come from the Fourier transform of spectral lines because too many strong lines located at nearly periodic frequencies are needed. Finally we consider the possibility, predicted in a previous published paper, that the signals are caused by light pulses generated by Extraterrestrial Intelligence to makes us aware of their existence.

This is out on arXiv.org site but I could not get the article to come up so using the NBF citing of the same. The previous publication states that periodic spectral modulations if in a narrow band range could be from ETI. The amount of power needed is discussed and possible methods. It is stated that we (the human species) have the capability of creating such signals and broadcasting them out 1,000 light years. The cited signals are from area too dim to naturally create them and after ruling out natural sources and citing the previous work they say they are considering the possibility the signals are from an alien source.

So, is this a big case of confirmation bias? A tentative toe in the disclosure pool? Dose anybody think SETI is off its rocker for thinking ETIs would do the same thing we do? Other opinions? Time to run to the Y2K shelter and bunker down before alien or predator comes knocking on our door?

Personally, I am leaning towards confirmation bias but am open to other possibilities as well.

Thanks for the link! I always forget about check u-tube for vids and such.

Any thoughts or other reactions?

Run to the Y2K bunker?

Maybe in a few million years, but it will be known as Y3M.

I got one If true.
HOLY CHUFFIN POOP!.

Should we send some light beams back I dunno in morse?. Or should we?. Maybe they have already gotten here If they have invented ftl travel.

posted on Oct, 12 2016 @ 12:30 PM
link
I have always thought this and started a thread a few years ago regarding how extraterrestrials might communicate their existence to the galaxy…

To me, it's only logical they would use the most obvious form of currency in the universe which is light...

I can only imagine if I were highly evolved species that we could create a series of unexplainable pulsars/quasars in neighboring lifeless systems to triangulate where my civilation was...

The only explanation for perfectly repeating light is intellegence...IMHO

-Chris
edit on 12-10-2016 by Christosterone because: iPad can't understand Texan

SETI is an unreliable source? Or NextBigFuture? Or u-tube? All three?

Y3M! Yeah, vast distances away. Probably need a warp drive ship with momentum stabilizers on them!

Possible reaction! I think disclosure would actually get a big, “Meh!” now a days.

There was an article up on ScienceDaily about somebody wanting to shoot a laser off into space not too long ago.

Sorry to post and run but I have some meeting to attend (I am actually the host of!) so I have to drop off for a bit.

edit on 12-10-2016 by TEOTWAWKIAIFF because: one more response before I go

Because all stars generate energy, in all directions.


Since we haven't been able to go there and take them apart we can;t determine what causes it with any conclusive... err...

if some directed pulses of energy were coming from a source that wasn't a star... or star field or star forming field, and local...


If I'm understanding what I read correctly, it can't be pulsars, as the 234 stars appear to be ordinary stars, in particular they are stars very similar to our own. Pulsars are neutron stars, the corpses of supergiants that didn't have enough mass to collapse into a black hole.

I agree, but the only problem, in my opinion, is that light can be anything, from a message to a simple... light.


I don't think it'd make us stop hating each other or discriminating, but it would make us more apt to work together. Why would we work together? Because we want that Buck Rodgers future or whatever. If our imagination is tickled, we'll sit through the duller moments. It's give and take, you know? A lot of us would seriously consider sacrificing privacy if it meant no crime and living 2000 years and being able to travel the cosmos. A lot of things we think are important right now would fade away into obscurity once we realize just how unimportant they're. We're living in the moment, so don't realize.

If we knew our future was bright and all of the troubles we perceive are just ripples in the pond, we'd get over things a lot faster. Instead it's all so vague and we're afraid what the outcome will be. Little trivial things suddenly are dangerous. If you're not careful, you're your enemy.
edit on 10/12/2016 by jonnywhite because: (no reason given)

Given that they are mainstream stars, all similar to the Sun, this is unlikely

Of course, there may be other explanations, but its intriguing nonetheless.

btw link to the original paper

A better source can you add to OP?
Astrophysics > Solar and Stellar Astrophysics
Comments: Accepted for publication by PASP: Signals probably from Extraterrestrial Intelligence. Analysis of 2.5 million SDSS spectra found signals predicted in a previous publication in only 234 stars overwhelmingly in the F2 to K1 spectral range
Subjects: Solar and Stellar Astrophysics (astro-ph.SR)
Cite as: arXiv:1610.03031 [astro-ph.SR]
(or arXiv:1610.03031v1 [astro-ph.SR] for this version)
Discovery of peculiar periodic spectral modulations in a small fraction of solar type stars
E.F. Borra, E. Trottier
arxiv.org...

The fact that they are only found in a very small fraction of stars within a narrow spectral range centered near the spectral type of the sun is also in agreement with the ETI hypothesis. However, at this stage, this hypothesis needs to be confirmed with further work. Although unlikely, there is also a possibility that the signals are due to highly peculiar chemical compositions in a small fraction of galactic halo stars

The rapid light pulses of 234 stars are so bright that scientist believe they could be coming from some type of alien life form. However there may be a more logical explanation.

The light was detected by a team of scientists at Laval University in Canada. By looking through a telescope, they saw a pattern of light superimposed over the stars. They also looked at data from the Sloan Digital Sky Survey which allowed them to actually detect the stars. They have published their findings in a paper titled "Discovery of peculiar periodic spectral modulations in a small fraction of solar type stars." Within the paper, they presented a theory which suggested that aliens could be broadcasting signals using these rapid pluses of light.


Why hate on green aliens? 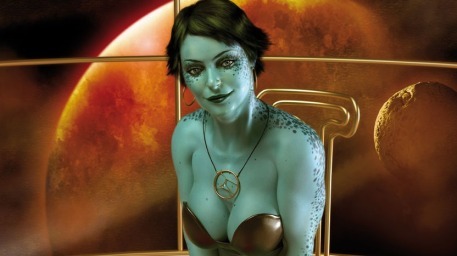 Silly they are the none slimy green aliens of quadrant beta 42 Betelgeuse.
Also I saw them first so hands off all of you.