One might think that this is a conspiracy to keep these out of the hands of conspiracy-minded people. Like us... 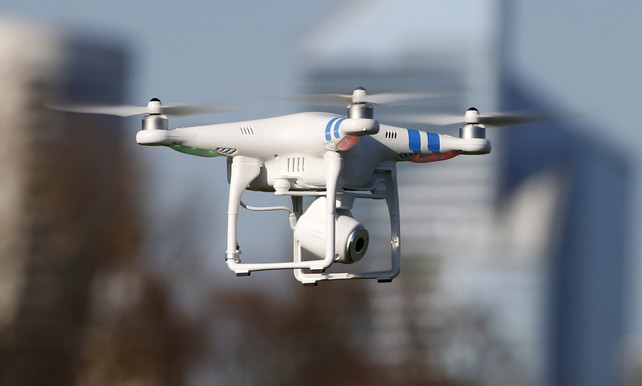 WASHINGTON — Kurdish forces fighting the Islamic State in northern Iraq last week shot down a small drone the size of a model airplane. They believed it was like the dozens of drones the terrorist organization had been flying for reconnaissance in the area, and they transported it back to their outpost to examine it.

But as they were taking it apart, it blew up, killing two Kurdish fighters in what is believed to be one of the first times the Islamic State has successfully used a drone with explosives to kill troops on the battlefield.

In the last month, the Islamic State has tried to use small drones to launch attacks at least two other times, prompting American commanders in Iraq to issue a warning to forces fighting the group to treat any type of small flying aircraft as a potential explosive device.

Thinking about this, I wonder what else they'll come up with that compromises our freedoms. Hmmm

I wonder if they took their cue from the US on this one. (Ahem)

Vaguely remember reading about the development of disposable drones that would 'terminate' themselves once completing to their mission, to avoid capture.

Guess they took it one step further. Bet they didn't spend nearly as much, either.

originally posted by: Lysergic
Does that mean we get to shoot down drones now for fun?


linky
Great for your private airspace.
May want to check the legalities for your area.

Thinking about this, I wonder what else they'll come up with that compromises our freedoms. Hmmm


OMGOSH is this the new terrorist air force...?

originally posted by: Lysergic
Does that mean we get to shoot down drones now for fun?


No it means they will be made illegal because they can be used for terrorist purposes.

But what if it's a drone of a terrorist descent ?

Heh... let me fix your title for you:

Pentagon provides ISIS with new tool to ensure the theft of freedom and liberty from the population it alleges to be sworn to protect.