page: 1
41
log in
join
share:
xuenchen
+16 more
posted on Oct, 11 2016 @ 11:32 AM
link
Another damaging email coming out about how the U.S. State Department in an official capacity coordinated FOIA document releases with the Hillary Clinton Campaign !!

Looks like they have successfully merged Administration with political campaigns and Clinton Foundation interests.

Lots of familiar names in this one.

They were very "concerned" about how new releases would help/hurt the Hillary efforts to be President.

People from The Clinton Foundation shows up on the "TO:" columns.

The Department of State provided a detailed readout of official email traffic it was about to release in response to Freedom of Information Act requests to Hillary Clinton’s presidential campaign.

The emails concerned speeches former President Bill Clinton gave abroad, and did not include any traffic from Hillary Clinton, according to new emails released by WikiLeaks.

“All — DOS is soon releasing another round of documents and email traffic (not hers) in response to Judicial Watch’s FOIA request on DOS’s process for reviewing WJC’s speaking engagements,” Heather Samuelson wrote March 17, 2015. Samuelson has been a Clinton aide since the early 2000s and served as White House liaison during Hillary Clinton’s tenure as secretary of state. Maura Pally and Craig Minassian of the Clinton Foundation; Philippe Reines, a longtime Clinton adviser; press secretary Nick Merrill; communications director Jennifer Palmieri; Cheryl Mills, Clinton’s chief of staff at State; and Tina Flournoy, President Clinton’s former chief of staff, are included on the email.

Its all coming out so fast. I think it is like information overload for people.


Ummm...as I stated in another thread a while ago...I'm going to make it a point to not follow any laws anymore...
We have such shining examples to emulate after all...

What's good for the elite...is great indeed for the plebe...

But you just stated your intent.. and that's a no-no.

Remember these four simple words, I do not recall

The best strategy is to always remember to forget.

originally posted by: Grambler
a reply to: xuenchen

Its all coming out so fast. I think it is like information overload for people.


the goal is to make sure that people learn the basic things that prove how horrible Hillary is. Such as how she hates most Americans, which includes her supporters. This will resonate with the public just like Mitt Romney's campaign killer statement did regarding 47%

What a fine Clintonesque understanding I have...definitively...


Ummm...intent can obviously be parsed and nuanced in such a delectable fashion...that it fully reflects one hundred and eighty degrees of separation...only to continue on it's circuitous journey back to it's origin...

Stopping in every low water basal stretch of the imagination along the way of course...

posted on Oct, 11 2016 @ 03:21 PM
link
Remember the other day someone with a picture of Bill on a shirt emblazoned with the word rape was briskly escorted from camera view?

They don't let anything appear before us they don't want us to see.

posted on Oct, 11 2016 @ 05:24 PM
link
Leak after leak after leak of highly illegal activity taking place within the DNC and the Clinton campaign, and all the media can focus on is someone talking about pussy 10 years ago. 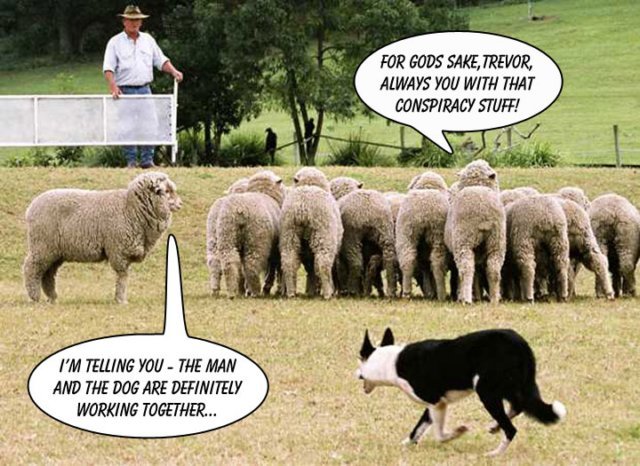