Above Top Secret - Land of the blind

posted on Oct, 11 2016 @ 02:38 AM
link
Joined this website nearly 7 years ago and when I did it was the start of my journey down the rabbit hole. It was my place to go whenever I needed to know the real scoop or hear things before the public would hear them. I was hungry for truth and here is where I once found it.

I find more awake people with intelligent and truthfully constructed ideas in a truck stop bathroom. NO, that is not a exaggeration. I come here now to seek maybe a fresh perspective, idea, or information and its all posts that are 3 days behind alt. sources written by people who are 10 years behind ever being truly red pilled. Its a down right damn disgrace.

I see nothing here, not one post, not one comment that proves ATS has maintained a community that has any clue what is coming. Who is to blame? Mods? Shills? Disinfo Agents? Maybe... and maybe not. Whatever is the reason it is truly saddening and frustrating. All I can say is get ready and better hope you have spent enough energy to educate yourself and awaken from your stupidity.

For the few here that might have achieved this then this message is for you: A major world event is coming and you can't avoid it. In your heart it is written what choice you must make, you know it. But this event will come as a knee dropping shock even to the most seasoned free thinkers. This reality shaking event is designed as to debilitate the masses with out-of-nowhere fear and panic as to hastily herd them into the great trap. Be of good courage and choose righteousness, do not fear. You will know inside when the time comes the choice you must make, even though the world tells you it's wrong. If you possess the courage and sacrifice to make the right choice your very action signals that your spirit is indeed worthy of ascension. Your lessons here will then be done.

Not much time but look around daily for the signals, its happening now. In the coming days assess the world around you that is bombarding you with "how you should believe, how you should choose." faith will be needed more as those who oppose the world view will be crucified harsher. Trump is trying to tell you that the fallen ones are lying to you he has already shown that. You must never believe them. Remember that. This isn't about the election or the future of America, because that isn't coming. The POWER/RULERS in this particle sandbox is an illusion put in place to be overcome only by the chosen few who ultimately choose themselves.

Im sorry but... You've been here longer then i have... at least as a member

What is coming? you mention it I would like you to expand what is coming?.
Is this a veiled religious thread?.
edit on 11-10-2016 by TheKnightofDoom because: (no reason given)

So, i pick up a little bit of religion in your Op. Sorry, i'm not religious and i am not going to ascend anywhere or anytime.


I find more awake people with intelligent and truthfully constructed ideas in a truck stop bathroom. NO, that is not a exaggeration.

Now I have in my mind this image of you talking about conspiracies to the people taking a leak. Wash your hands.

originally posted by: Akragon
ATS is on stand by right now due to "trump/hilery" crap...

then we can get on with the rapturish.

originally posted by: Akragon
ATS is on stand by right now due to "trump/hilery" crap...


originally posted by: Akragon
ATS is on stand by right now due to "trump/hilery" crap...

then we can get on with the rapturish.

all media shall beholden to the Names...

And the king and queen shall dominate thine social media...

Thus the end will come shortly...

The level of understanding people have here from a 'conspiracy' point of view / having an understanding of PTB activities seems an all time low.
edit on 11-10-2016 by nOraKat because: (no reason given)

As our OP has vanished from the thread but you agree with the op, then maybe you can answer the question I asked earlier. "So your contention is that Donald Trump is some king of voice like John the Baptist, kind of an Elijah? Sort of a 'making for the Lord a people prepared?"

Here is the straight truth. Jesus cannot have his path laid by men who brag about what they can get away with. Jesus cannot have his path laid by men who see fit to conduct themselves in dishonourable fashion, infringe themselves upon the honour of ladies, or scam people out of their money. If Trump is laying any kind of a path, its being laid for the other bloody side, you can bet your bottom dollar on that (which, incidentally, would be a better bet than placing your money on the side of one of his "ever so successful" casino complexes). This man is no agent of Christ, and that is just a fact.

Furthermore, this rant is as ranty as can be, which is just fine considering its placement in the correct forum and whatnot. And to be sure there are events coming up which may well spark all manner of hell on earth, of that I have little doubt myself. When you look at the scene as it has been set by those who organise these things, it would seem inevitable that something pretty horrific is in the offing, somewhere in the halls of power of the whole world. However, it is VITAL that we understand that placing our banner down in the wrong place will be a massive mistake. We, as free thinking, but most importantly, freedom loving people the world over, have a duty to make better choices than those less informed than we are. We have a duty to abandon hate, take up peace, and insist upon it in every sphere in which we operate. We have a duty to throw off our programming, to take steps to ensure that our thinking is not influenced by the people who broke our societies.

I am, of course, referring not to the scapegoats that we see paraded by the likes of Trump, the poor, the sick, the foreign, the disabled, but to the people who own our nations, taking power away from the people whose birthright that ownership is, and placing it in the hands of a select few people. Because, you see, it is these shadowy individuals, these nameless, faceless persons, who have directed both sides of every party based parliamentary system for more than a hundred years, these nameless, faceless entities who have prospered from our hardships, and the hardships that our nations have been conned into inflicting on other nations.

It is THESE things which we must militate against, and in order to do it successfully, we must unite together, all men and women of the Earth, every single human being who remains free of programming, every last vestige of life and wit that remains on this planet, undarkened by the shadow cast across it by the corporate/governmental clusterbang. Only by abandoning the differences between us, the people of this world, and embracing the things that bring us together, a desire for freedom, a desire to see oppressors crushed, controllers shackled, authority devastated and reduced to ash, to be replaced by the will of those who have been under heel for no legitimate reason, only by embracing those uniting concepts entirely, can our species ever be free of any of it.

I hate it when that happens. 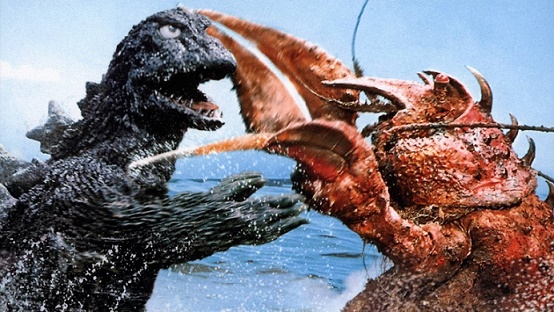 Shows he has nothing to add/ offer other than a fearful delusion something big is Happening . Started off as a decent echo thread but quickly spiralled into a paranoid fear of life.

I get it we are but mere ants to your wisdom and knowledge of events yet to pass. Stay off the drugs OP.

So you're referring to Trump or the poster. It doesn't really matter because you then talk about a path being laid for Jesus.

Wouldn't Jesus being the son of god make his own path?

You obviously don't remember when George Bush invoked the "Jesus - God is on our side" meme after 911.

I am suspicious of any one, Jesus included when it comes to looking towards the future.

George Bush: 'God told me to end the tyranny in Iraq'
www.theguardian.com...

That is one of the major problems with the whole idea of people getting fundamentalist about their candidates!

It is, in fact, what I am getting at, and Bush is a FANTASTIC example! The oxymoron that is the Christian right, is fundamentally incapable of separating their candidate from some perceived divinity, and I have no time for that nonsense, as a Christian!

And it certainly does not pass muster if the candidate or individual involved uses his or her faith to excuse murder. Period.