are aliens just us from a very distant future.

i suppose that scenario would gradually turn your skin to that greenish greyish alien type of skin just like a grey, but hey why not, some of us may not want our skin to turn all scaly, so yeah we might head underground to create a civilisation of mole people 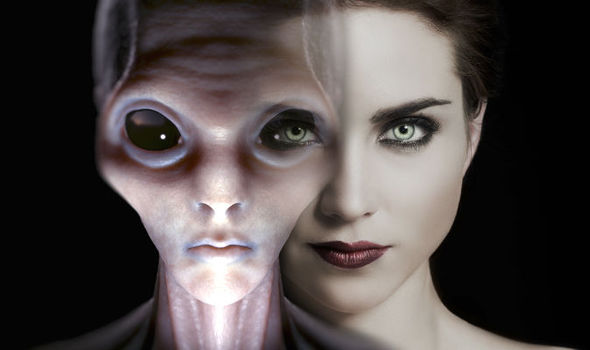 originally posted by: FlyingFox
This explains why aliens all speak perfect English

The 'aliens' (if you mean the grey collective) won't speak anything, they don't use vocal cords to communicate, but some sort of telephaty, that apparently surpases any language barrier.

The hybrids, specially the more human looking can do both.

Why not the past?

2nd no. We would not evolve to sustain the extreme condition we would die.

posted on Oct, 11 2016 @ 06:25 PM
link
"are aliens just us from a very distant future"
No, this is just a cop out for Ego centric humans to try and retain their supposed place atop the food chain.

originally posted by: Kromlech
The future hasn't happened yet, so how would that be possible?

Have you ever heard of a "block universe" or "block time?"

Einstein believed that a block universe was a distinct possibility, and there are many who would argue that relativity strongly suggests a predetermined universe.

In other words, everything that will happen has already happened. This hasn't been proven of course, but it's certainly not outside the realm of possibility to say that "tomorrow exists now."

My personal opinion is that at some stage, there will be a global event that makes the surface of earth unliveable. Most likely a nuclear winter post a war, or meteor strike.

We are forced underground, however we are ready for this. The few who make it survive underground for a very long time.

Over time systems fail, lights go out, and we adapt over the decades and centuries it takes for the surface to become liveable once more. Either the damage and residual radiation is so bad we simply can't go back up, or we have adapted so well to living in the dark underground we physically no longer can.

This extended period beneath the ground gives us large, black eyes to see better. Our skin fades to grey due to a lack of sunlight. With the change in our diet to manufactured matrix style slop, our bodies do too - thin, atrophied extremities that get no exercise and an enlarged skull.

This living situation would leave those who inherited it vengeful and blaming of their ancestors. With nothing but time on their hands, and an evolved intelligence, it's conceivable they would have strong motive to travel to the past, in an attempt to change their future. Underground they build vehicles capable of travelling through time.

So they do. They travel back and pass on messages of preservation and change. They tell us to look after what we have. Stop polluting.

They are naturally inquisitive about their pre evolved state. They want to know where they come from, what they were before they evolved. They abduct samples, conduct their experiments then return to the time from which they came.

Due to their appearance they can't travel back and rehabitate earth. Their presence may set off a chain of events that lead to an even worse outcome than the future they come from. Who knows, they may have already tried.


That was a helicopter from what I read.

Being underground doesn't = big black eyes. It means no eyes.

Being nocturnal, or hunting in low light / moon light, would yield large eyes for soaking up what little photons are bouncing about.

Underground, there would be no photons.. which means no eyes. But we may get echo location and talk in clicks and pops haha

Edit: An alien habitat that could explain large eyes would be a tidally locked planet around a red, or brown, dwarf star. Where the habitable part of the planet would be the area constantly in twilight. As the backside would most likely be too cold, and the star facing side too hot.

I'd love to hear an explanation of the black orb with visible trail that flew in front of the Japanese Tsunami wave, live on the news.


Interesting. You have some more info on this orb or a link?