Even China can’t resist the lure of space tourism. A state-backed firm is developing a gigantic spaceplane, New Scientist can reveal. The plane may one day fly up to 20 passengers to the edge of space – significantly more people than any other commercial spaceflight firm has pledged to fly to date.

The China Academy of Launch Vehicle Technology in Beijing has designed a simple, one-piece spaceplane whose design can be scaled up to carry more people, academy rocket scientist Lui Haiquang told the International Astronautical Congress in Guadalajara, Mexico, last week.

Tickets are expected to cost between $200,000 and $250,000, quite high for a few minutes of weightlessness. For that kind of money you could buy a ticket to Mars as that's what Elon Musk wants tickets to cost, but there's no guarantee you'd make it there alive. Then again, the same could be said for a spaceplane Made in China!

Use it once and the sticky tape holding the thing together will stop doing its job.

I expect some people will still claim Aliens.

Forgot to add a pic to the OP: 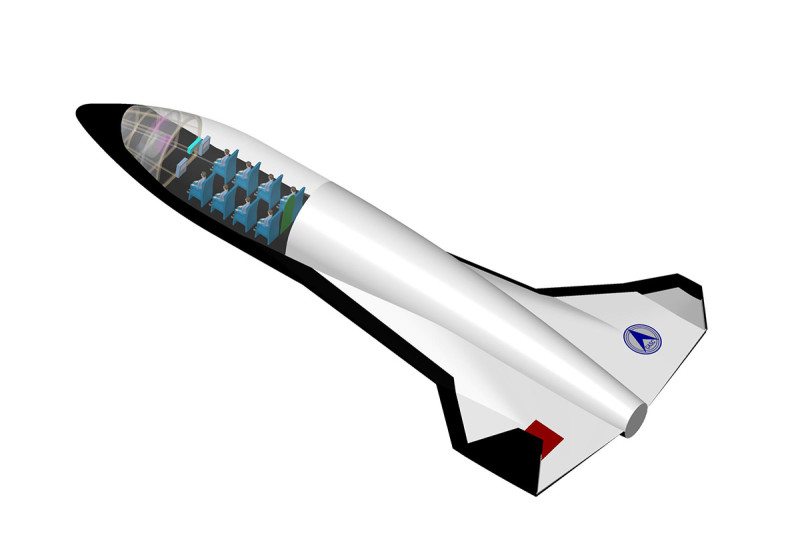 I wonder what disasters await this project?


The same disaster as Virgin Galactic. Because going to space isn't 'routine', its dangerous.


Can't ignore it. Every time they talk space stations, colonizing other planets or friggin fifty seat adventure rides, I think evacuation, preservation of species. Like they know something we don't.

Ever read, "Lucifers Hammer"? One part of the book is the astronauts 'space eye' view of the impactor, the aftermath and their eventual return to earth when things 'settle down'.

posted on Oct, 8 2016 @ 06:26 PM
link
Is this going to be like their supercavitating submarine tech?
Will it scoop their recent successes in hypersonic flight they announced?

originally posted by: Cloudbuster
a reply to: intrptr

Imo, worth a look.

originally posted by: cavtrooper7
Is this going to be like their supercavitating submarine tech?
Will it scoop their recent successes in hypersonic flight they announced?


We can suppose that the Chinese are patiently waiting until their spies and hackers can provide the triangle plans as they did for the F-22 and F-35.

I'll repeat my usual refrain: The incredible amount of talk about the virtually impossible concepts to move drastically into space and Mars--what happened with the Moon?--are merely a scramble by those that want to be chosen as the eventual handlers of the triangles once they get released into private industry.

The mastery of the triangles is the ace in the hole for the US. We are guarding that technology, development and organized operational activities until it will be impossible for competitions to ever be a threat to our machines and systems. It is all about world economics...or modern world warfare if you want to look at it that way.

originally posted by: Aliensun
what happened with the Moon?


We are not welcome there.

You have a great point. 7 billions humans in space. I hope out planet does not lose gravity.