I think it's only a matter of time before WW3 starts.

naw, id say it was more like 9/11/2001. But in the current context in relation to the previous world wars, more likely it was 2011 considering the parties involved and the circumstances.

I think the Chinese may look on a Russian presence in Vietnam as a helpful counterpoint to the US naval presence in the region. The PRC has had a very strained relationship with the Vietnamese government, and the PRChina may see the Russian presence there as the helpful presence of an ally rather than an act of provocation.

Although the possibility may be slim at the moment, I think it is not outside the realm of possibility that Duterte will kick out the USA's military and intelligence operations in the Philippines, and initiate a relationship with the Russians. So the Russians could stand to gain a presence in The Philippines regardless of what transpires in Vietnam.

originally posted by: DJW001
a reply to: mortex

Are you saying that Russia is not attacking civilian targets? That would be a change from their policy in Chechniya, wouldn't it?

Instead of making up assumptions and making # up, why don't you actually read my post instead of asking dumb questions with the intention of misleading people.

FYI, no I didn't say what the above troll claims.

Instead of making up assumptions and making # up, why don't you actually read my post instead of asking dumb questions with the intention of misleading people.

FYI, no I didn't say what the above troll claims.

Then let's clear up this little misunderstanding: you do agree that Russian and Syrian forces have been deliberately attacking civilian targets, including hospitals and humanitarian aid convoys?

posted on Oct, 9 2016 @ 09:57 PM
link
a reply to: DJW001
I don't agree with it. They may have accidentally hit a hospital the way the USA has accidentally hit a Hospital. They may accidentally kill civilians when attacking rebels in civilian neighborhoods the way the USA sometimes kills civilians when attack threats in civilian neighborhoods. I don't believe either one intends to hit civilians. Problem is if they cannot evacuate the war zone, they may become casualties of war by ANY side.

posted on Oct, 13 2016 @ 06:49 PM
link
Some media are reporting that the Russian Navy aircraft carrier Admiral Kuznetsov has left the Kola Peninsula.

Some images at following link

The carrier and support vessels were all still in Severomorsk as of the morning of the 14th October. 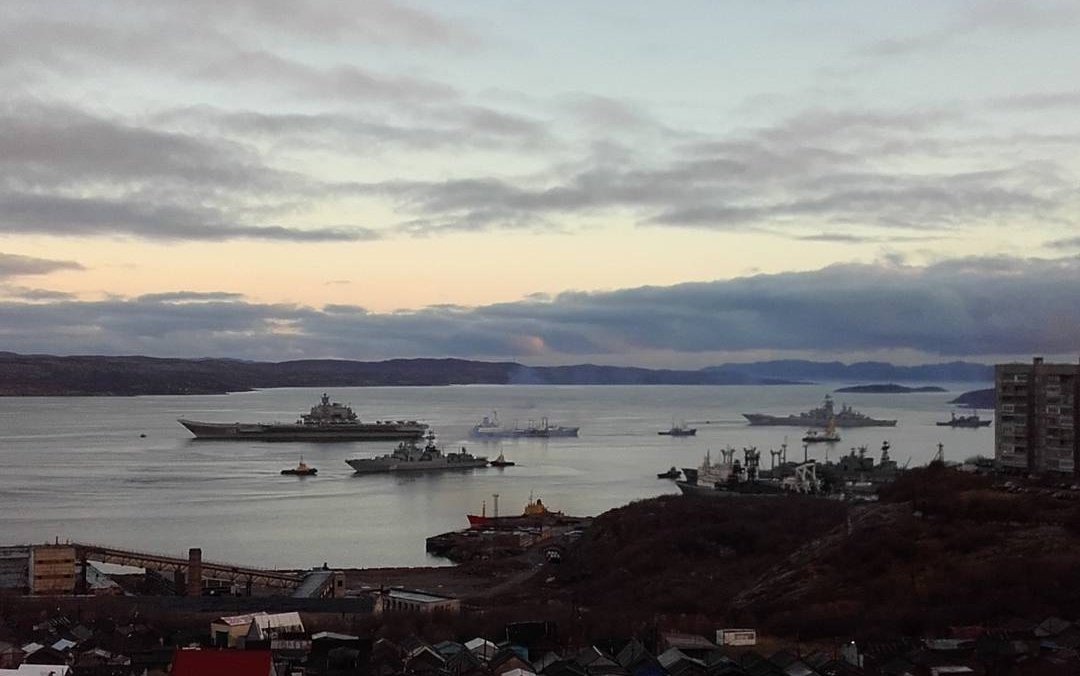 The Task Force has left Severomorsk port during the morning of 15th October.

All gone as of this morning 15th October from the Severomorsk webcams. You can see the smoke from the task force as they power up and leave port.

Cruiser Peter Veliky is heading out with tugs escorting. Kuznetsov in the background. 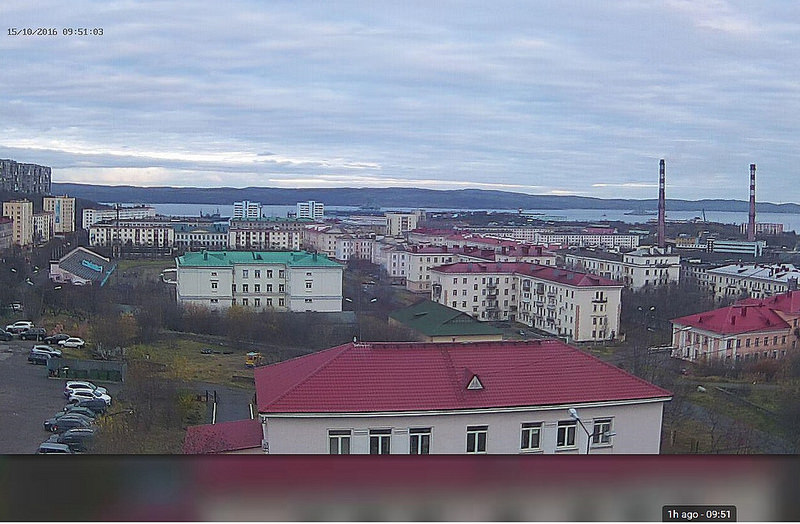 In addition there has been Morse Code noted on some of the Russian Navy High Frequencies. One of the identified call signs is the support tug Nikolay Chiker. The call sign is RAL48 and was noted in a communication check this morning. 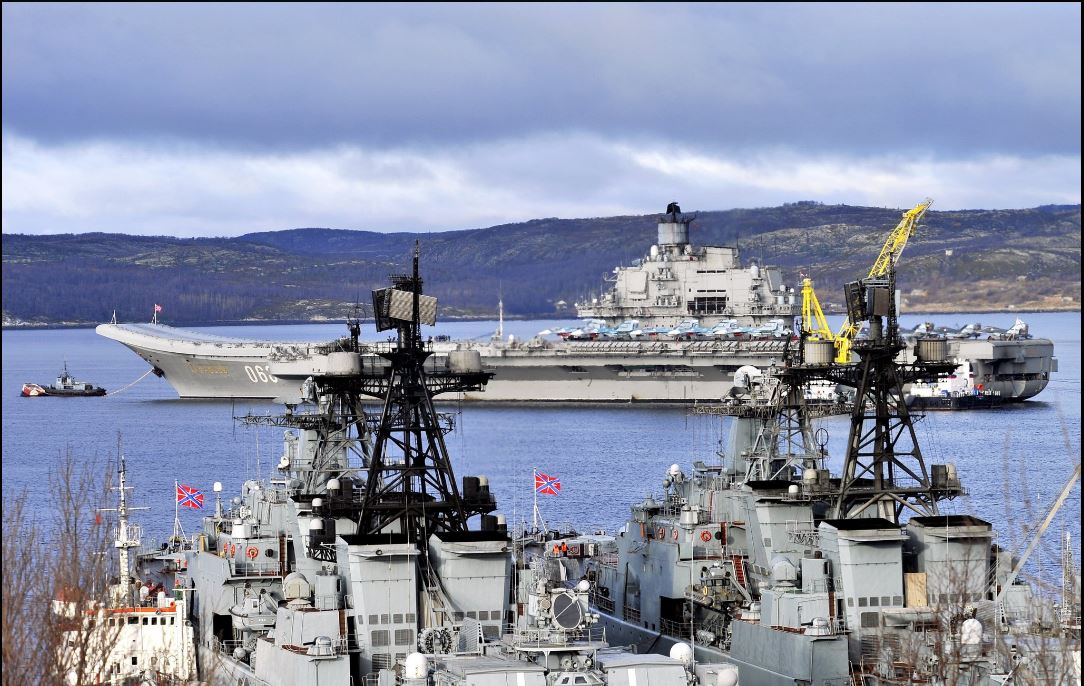 Looks like this will the first combat deployment of Kuznetsov. The Su-33s have apparently been updated to give them more of a ground attack role.

Russia is outfitting its carrier-based Sukhoi Su-33 fighter aircraft with the SVP-24 air-to-ground targeting system, according to Russian Ministry of Defence (MoD) sources cited by the newspaper Izvestia. The SVP-24 is a specialised navigation and targeting system produced by Russian avionics developer Gefest and T. It enables combat aircraft to deliver conventional ordnance with accuracy approaching guided munitions, Russian sources claim. Historically the Su-33 had only a basic air-to-ground capability.

posted on Nov, 17 2016 @ 04:35 AM
link
Here's the future for the aspiring Oligarchs and smart ass Burocrats around the world:

When they think they are untouchable and they can run it all .... # hits the fan!

originally posted by: Flanker86
Here's the future for the aspiring Oligarchs and smart ass Burocrats around the world:

When they think they are untouchable and they can run it all .... # hits the fan!


That's what happens when you don't cut Putin in. What this sweep means is that, contrary to what some people claimed, there is rampant corruption in Russia.
edit on 17-11-2016 by DJW001 because: (no reason given)

MOSCOW(Sputnik) – Earlier in the day, Russian President Vladimir Putin signed an order on Russia’s non-participation in the Rome Statute of the International Criminal Court. "This is a position which the country assumed being guided by national interests," Peskov told reporters.

Yes, being found guilty of war crimes for murdering civilians would not be in Russia's national interest.

So does that cut both ways, or is only Russia culpable ?? I thought supporting terrorism was also a war crime, but clearly our government calls it spreading peace and Democracy??

posted on Jan, 25 2017 @ 06:40 AM
link
The Russian Navy Admiral Kuznetsov Task Group is currently passing through the Strait of Dover in the English Channel.

The Eurofighter Typhoon is unarmed with the missile being an inert/training round.