posted on Oct, 7 2016 @ 12:35 AM
link
Ok I came across an online book, dealing with Moorish societies 200yrs after their eviction from Iberia , this mind you is a work of fiction but it dealt with the very real history of the Barbary pirates and gangsters, the author made mention of a possible origin of the term Mafia itself, if not the organization among them, they were organized in much the same way for instance.


The Company of The Moors by Teferu Azr [Justin Thomas] the Corleones. the Sopranos. The Italian organized crime families called the mafia do not originate in Sicily, as many believe. Nor are they based after the organization of Imperial Rome. It is the Moorish, pirate companies of the 16th and 17th centuries where the Sicilians learned to organize their ranks to fend off foreign intrusion. These ‘companies’ were called Maehfils, an Afro-Arabic word meaning ‘union’ or ‘to unify’, a word later Anglicized and pronounced ‘Mafia’.These organized ‘companies’ were structured under Beylerbeys (The Boss of Bosses, Chief of Chiefs, or Governor-Generals), Beys or Deys (underbosses, or sub-Chiefs), Reis (Captains), Crews (Soldiers), Enforcers (Corsairs), and Associates (trade partners). These ‘companies’ controlled, protected, and enforced the laws of the Mediterranean. In their cities in Tunis, Algiers, Sale, and many other North African coastal regions, these black Moorish companies controlled city politics, game rackets, trade, policing, and settled disputes with their own code of justice.


Now I had ran into something similar while I was researching the Numbers racket originating among African Americans and it's eventual morphing into the very legal Lottery of today, but gave it scant attention, but this author's etymology and the supposed organization of the Barbary gangsters gave me pause for thought, the fact that it line up does not necessarily make it so however. 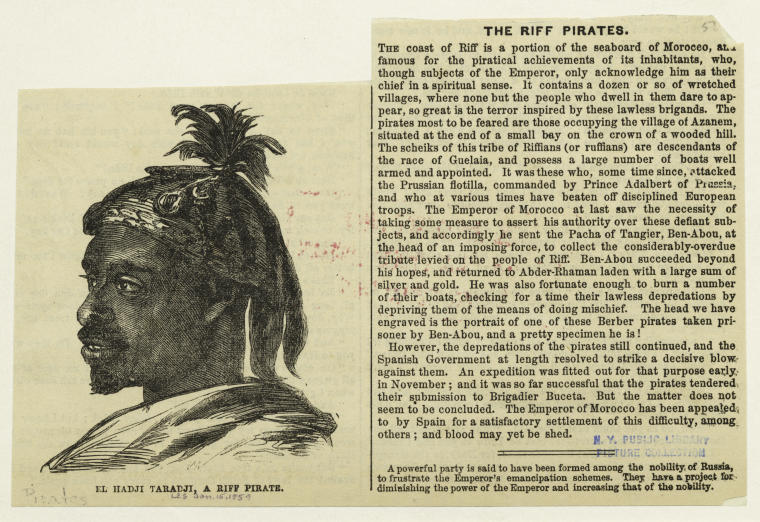 Hani a notorious Barbary pirate closer to our era. 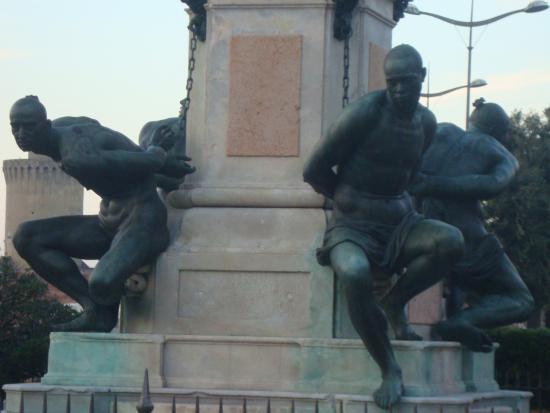 Monumento dei Quattro Mori Capture of four Moorish pirates in Lovino Italy 16th century
Now why "could" there be a possible tie in with Mafia in Sicily where the Mafia first became organized, at least etymologically ?? simple answer, they were rulers and later were Christianize after their defeat by the Swabian kings aka Normans, especially Fredrick II who later gave them their old jobs back by incorporating them in his administration, but this was 12th century stuff, we would have to prove their piracy and gansterism was a thing back then and still there is a huge gap to explain.

posted on Oct, 7 2016 @ 04:20 AM
link
Christoper Walkens character in True Romance would beg to differ after his encounter with Dennis Hopper in the RV lol.

originally posted by: kountzero
Christoper Walkens character in True Romance would beg to differ after his encounter with Dennis Hopper in the RV lol.


Donno I am sure he was gonna kill him either way.:
But no Sicilians aren't Black , although some may carry trace amount of African and Middle eastern genetic stuff..at least in the same way that many African diaspora folks carry trace amount of European genetic stuff do not make them white.
edit on 7-10-2016 by Spider879 because: (no reason given)

posted on Oct, 7 2016 @ 07:26 AM
link
Thanks for the interesting thread, never heard of this before, but as Sicily has so many Arab and northern african influences, not surprising at all.

Thanks for this post. This is a bit of history that I don't usually think about but it is very important, nonetheless.

originally posted by: FlyingFox
Moorish Science group is here in Philadelphia, quite off bunch...


Crackpot eccentrics most of the time, but a lot better than Hebrew Israelites, can't stand those guys.