Dubbed “Terror Tuesday” and “Killer Tuesday” by U.S. intelligence agency insiders, Clinton met with President Obama and National Security Council members, among other diplomats, on Tuesday, November 23, 2010 in the Situation Room to specifically hand-select the next so-called national security threats to die via the U.S. drone strike program, sources confirmed. Assange, largely considered internationally as a trouble-making journalist and muckraker, was part of that Tuesday’s proceedings and debate, sources familiar with the meeting have confirmed to True Pundit.

Terror Tuesday was the day at the White House every few weeks during President Barack Obama’s first term when the highest ranking members of the U.S. government conveyed to nominate what human targets were going to die and which other targets were likely to be spared from deadly U.S. military drone strikes on the international landscape. If the Terror Tuesday hierarchy lobbied for a certain assassination, President Obama could be swayed to add that individual to a stealth government “kill list” and target them for drone execution, sources confirmed. It was that simple: This enemy of the U.S. lives. That enemy of the U.S. dies. There was never any Congressional oversight of the meetings or Senate input to confirm or deny the fate of individual human drone strike targets. Therefore, actors thousands of miles away, including Assange and even U.S citizens located abroad, had zero clue that their terror target value was being debated and their fates decided in a crowded White House conference room filled with bureaucrats on a regular and arbitrary basis.

On this particular Tuesday in Nov. 2010 — two days prior to Thanksgiving — Assange along with his whistle-blowing pedigree and a threatened looming CableGate release of 250,000 U.S. intelligence communications would be discussed at the Terror Tuesday conclave

This is an extension on the thread:
Clinton on Assange - Can't we just DRONE this guy

So Obama was in charge of Terror Tuesday in which he decided who was to be killed, without congressional oversight or input.  The article goes on to show that the left wing news outlet, The New York Times,

had reported on these Tuesdays

It is the strangest of bureaucratic rituals: Every week or so, more than 100 members of the government’s sprawling national security apparatus gather, by secure video teleconference, to pore over terrorist suspects’ biographies and recommend to the president who should be the next to die.

I've been following developments of this story over the past few days.  Last night, the author of the True Pundit article on Clinton wanting to drone Assange became much more interesting.

He sent out a message via Twitter and it was quickly being censored.  It wasn't taken down, but it wasn't showing up when shared and multiple people, myself included, noticed.

Now, before you dismiss True Pundit as an unreliable news source, continue reading:

The author of the article says he is a 2-time Pulitzer nominee for investigative Journaling along with the recipient of a Gerald Loeb Award.

True Pundit seems to be a collaboration of journalist that lean libertarian right.  My understanding is that nobody knows who they are.  However, that hasnt stopped Wikileaks and the author of the True Pundit article to be in contact together.  Here is the
Authors Twitter

After he posted the article on Obama he sent this tweet to Wikileaks.

Wikileaks had also linked to True Pundit previously when they broke the story on Clinton wanting to 'drone' Assange.

Some developments since then were a photo taken by a White House photographer that shows the exact meeting where they discussed a drone attack on Assange with Hillary wearing EXACTLY what the source described when the article first came out. 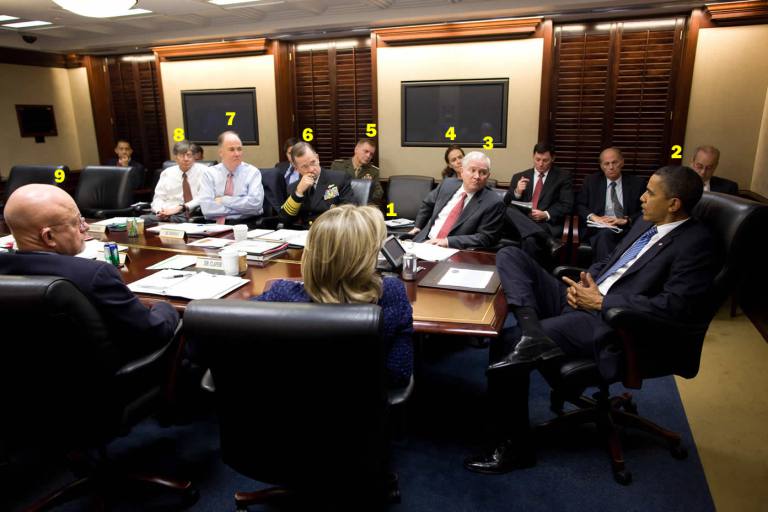 Clinton has made a statement on the the accusations of her wanting to drone Assange.  She didn't deny it and instead simply stuttered her famous 'I don't recall that' line while looking shocked she was asked the question

We probably haven't heard the end of this and it is going to blow wide open.  If Assange has emails that link this, I'd bet they will be in the first batch he releases.  If I recall, the first batch is US related but not about the elections - which this would fit into.

edit on 6-10-2016 by ghostrager because: (no reason given)
edit on Thu Oct 6 2016 by DontTreadOnMe because: trimmed overly long quote IMPORTANT: Using Content From Other Websites on ATS

And some people live in denial....

At least he isn't backing a traitor.

TinfoilTP
+82 more
posted on Oct, 6 2016 @ 09:10 AM
link
The power over life and death gives her a thrill. We have all seen it in her comments on killing Qaddafi. Someone like her should never wield such power.

originally posted by: TinfoilTP
The power over life and death gives her a thrill. We have all seen it in her comments on killing Qaddafi. Someone like her should never wield such power.

... but someone who wonders why we have nukes if we can't use them should wield such power.

So what you REALLY mean, is we should use the nukes.

Hillary stands a good chance of becoming our next president.

This is what she'll bring to the table. Obey her or die. 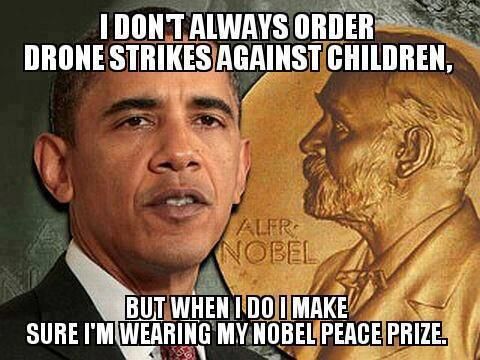 Why are they leaking National Security issues to True Pundit?


You know when you take off the confirmation bias glasses you all wear with Hillary that none of this makes sense, right?
edit on 6-10-2016 by Hazardous1408 because: (no reason given)

originally posted by: Sillyolme
You poor thing.
Some people believe anything it seems.

you think he's crazy for believing a story about assange being on the kill list when the feds/media have already expressed an interest in wanting him dead?

you poor thing. some people believe anything their big brother tells them, it seems.

Add this to the FBI destroying evidence, the DoJ handing out immunity like candy and letting terrorist gun runners off, and a president who openly backs such slime and we find ourselves living in a banana republic.

Welcome to the machine.

When the government has gone outlaw, only outlaws can deal them the consequences that are deserved.


What sources "confirmed" it?

Probably ones that don't want to be suicided.


Why are they leaking National Security issues to True Pundit?

My understanding is that nobody knows who is behind True Pundit. If you read through Wikileaks and the authors tweets, you can see that there is some form of communication between them outside social media. I'd guess the 'source' places some trust in that.

Of course that is hypothetical and based on circumstantial evidence.


You know when you take off the confirmation bias glasses you all wear with Hillary that this makes sense, right?

Fixed your quote for you

They were talking about a meeting that happened during Obama's first term, when Hillary still had an active role in screwing up the world.

you NEVER take anything off the table.

if a leader with nukes will never use nukes, and lets other know it, is now in a weak position

That's not how international relations work. Why work with someone if they won't at least agree to not destroy you?