VP Debate for the Less Polite

Uh Hillary owned that in the first debate. Trump owns nothing he says.

I'm wondering if she'll "own" the staggering amount of suspicious deaths surrounding her and Billybob in the next one.

originally posted by: JinMI
a reply to: burdman30ott6

But what if I live in an Urban area but identify with rural folks and mentality!??!!?

Again, who is a high school dropout most likely to vote for?

Funny those dependent upon the government are more likely to vote Democrat. Those with a PhD are most likey employed by institutions subsidized by tax dollars?

Those who try to pay into the tax base, instead of living at the expense of the tax payer, are more likely to vote Republican.

I think a way an individual votes depends whether their pay raise is based on government budgeting / contracts vs education.


The data can be manipulated to seem like education and party go hand in hand. But following the money trail gives a better reality.

I'm currently carrying on a man on man love affair with Peyton Manning's forehead... we're trying to adopt, but it's tough to get the system to look beyond our taboo sinciput devotion, so I take out my frustrations on people too ignorant to recognize I'm on their side and trying to get them to act in a manner that doesn't make me grasp the area between my eyes and mutter profanities.

I guess I'm banished into the basket of deplorables then for using the term "libtard".

Sorry burd but that does accurately describe a few users here who tend to completely deny reality, not just as a hobby mind you, but as a way of life.
edit on 5-10-2016 by Nucleardoom because: (no reason given)

I'm just saying it's an overused "insult" that has become so overused it has lost any and all meaning. Think about it, do "conservatard" or "repuke" or "wingnut" or even the old "Teabagger" honestly bother you in any way? Haven't we reached a point where we read those and their actual impact is little more than "Wow, that genius couldn't come up with something original if they snorted paint powder and sneezed on a canvas." Now flip it around... they think the same thing when one of us drops a "libtard" on them. I'm just asking for creativity here. It's a lot of open space offered on which to compose a reply.... make it a memorable milieu that both stings and inspires.

posted on Oct, 5 2016 @ 12:28 AM
link
Even my wife was saying Kaine came off as angry and nasty. He came on way too strong and and then when slammed on the 33K emails he totally bailed out. Did not attempt to defend her on the emails at all which is sad, also did not explain why he feels Americans do not trust her. He never answered the question. Typical Hillary strategy. Do not answer the question asked. Answer one you know from your script. 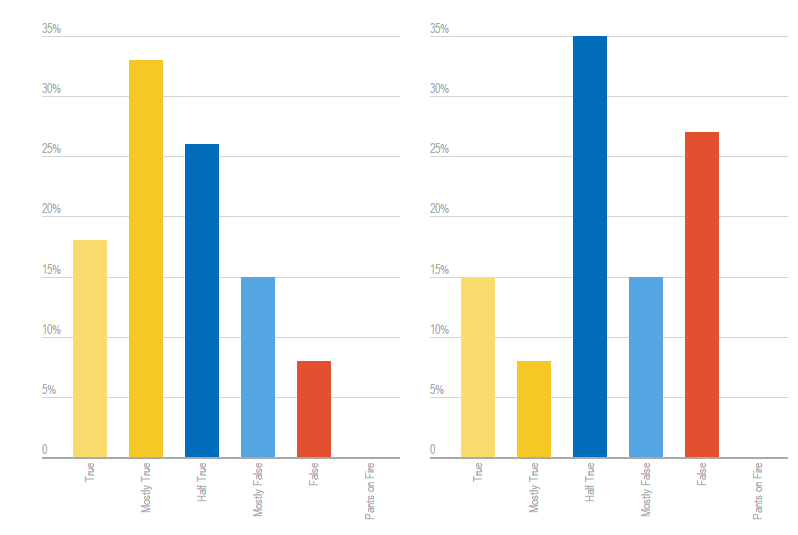 You are a white supremacist/nationalist?

5 Weeks until we all see if you're right or wrong!

The anticipation is almost too much to bear!!!

originally posted by: kruphix
a reply to: Grambler


We were having a discussion about the debate tonight. I asked how Kaine defended Hillarys issues, such as her emails. You said.

On the emails and server, Kaine defended her by repeating exactly what Clinton has said...she apologized and said she wish she had done it differently. Haven't you noticed that this attack from Trump has lost a lot of it's bite since she apologized for it during the first debate? She acknowledged her mistake...and apologized...that's the end of the issue.

At first I thought that maybe you had made a mistake. But now you continue to act like you didn't say this, and are trying to change the subject to what Hillary said.

So now I am inclined to believe you are a liar.

I don't care what you or the main stream media say about who you thought won. You both are biased and will do anything to defend Hillary.

Any more lies you want to share about your master Hillary while we are here?

I'll proudly own whatever people like Clinton, who's opinions don't mean jack squat to me, want to call me, man. As long as I'm seeing anger and hatred from people like her, people who are living, breathing demons from the pits of hell, I figure I'm doing something right. Go on, continue to sow the stupidity and reap the butthurt by parroting that woman's nonsensical "alt-right" construct... it isn't harming me in the least bit.

Trump was gonna shave his head and buy a wig, his toupee wasn't having any of it. So 16 months ago Trump's toupee launched a plot to take over the world to tax, legislate and use all the governments power worldwide to destroy the wig making industries and the people who wield the skills to make them. This is the true reasons why he wants to renegotiate the trade deals, its the GD wigs people. Rand Paul's toupee was gonna join the fight but at the last minutes it was discovered Rand Paul's toupee is really a wig! Rand Paul's wig is really a Jedi Master and is currently fighting against Trump's Toupee. From time to time Trump breaks free of the mind control from his toupee and as long as he is on twitter Trump's toupee is powerless over Trump.

At the next debate watch his toupee very closely, and if a wig with a light saber jumps on stage, well we will see.

I've heard of this. Trump's Toupee is a plant, however. It's going to throw the election so that Hillary's merkin will win.

The thing is, I'm not parroting anything...it's just fact. The alt-right itself admits they are white nationalist and have a spot for white supremacist in their camp as well

And that is the real alt-right, not all you Trump supporters who are jumping on the band wagon saying "I'm a deplorable alt-righter and proud".

But if you want to claim to be a part of that, because you think it spits in Hillary's face for some illogical reason, be my guest. If you don't care about your image, why should I?

originally posted by: kruphix
a reply to: Grambler


Hillary was criminally negligent. She can apologize all she wants. The law was not applied to her equally or blindly. She was not held to the standard she signed her name to in the context of handling national security information. She broke the standard and was not help accountable as outline by that standard. Apologizing does not equal reaping the consequences of your actions.

originally posted by: kruphix
If you don't care about your image, why should I?

What image? I'm just being real, brother. Most of what I see called "racist" or "deplorable" these days is neither. Nationalism isn't a bad thing in my eyes. I'm an American, not a Mexican or a Syrian or a citizen of the world or any of that other Kumbayah horsecrap. Simple fact: I believe there is such a thing as American culture and I believe there's a real risk of it being overrun by globalist culture. I believe the time of "give us your poor, your weak, your tired" has come to an end because way too many American citizens are poor, weak, and tired already, what in the blue hell do we gain adding more? I believe American exceptionalism existed not that long ago and can exist again, but never if we're too goddamned busy trying to uplift the rest of the globe while handcuffing ourselves. I believe whatever YOU make out of YOUR life should be in YOUR hands, and that includes failure and success. I believe in social Darwinism and think it's ridiculously self defeating that it isn't the law of the land. I believe it's cowardly BS that every criticism of this president has been deflected by his hoards of Kept Voters using the "It's racist!" defense... BUT I think ultimately you've shot yourselves in the foot because the accusation of "racism" is becoming so watered down the average American is losing interest in caring what is and isn't called racism, TALK ABOUT AN UNEXPECTED CONSEQUENCE, YA?

Now, if any of that makes me some horrible person, well so be it. Not really something I'm all that fussed over to be honest.

posted on Oct, 5 2016 @ 12:55 AM
link
Kreepy Kaine: Nothing but rehearsed slogans, lies, and twisting of words taken out of context to appeal to the ignorant and uniformed.

originally posted by: Konduit
Kreepy Kaine: Nothing but rehearsed slogans, lies, and twisting of words taken out of context to appeal to the ignorant and uniformed.

Why is he Kreepy?