Trying to identify this coin/amulet

My son came home today having found this little object.
It has got a pendulant connection, but my guess is that is of a later period and it is originally a coin.

I think it is silver.
About the origin My first guess is ancient Greece or Etruscan or something.. But i am not a coin expert.

I tried a google image search, but nothing resembles it so far.

If anybody got some clues, that would be appreciated. 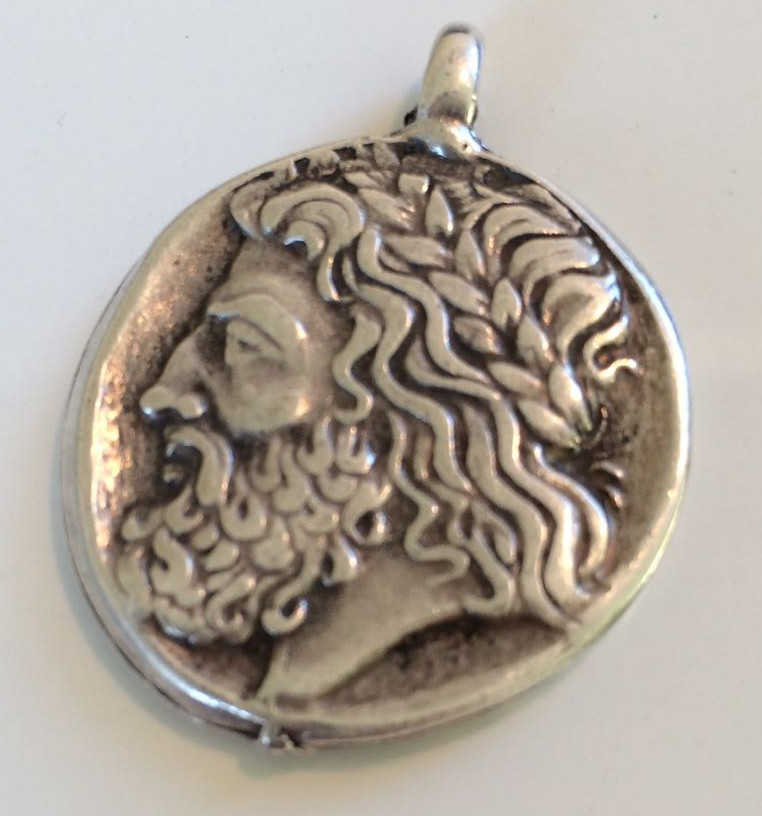 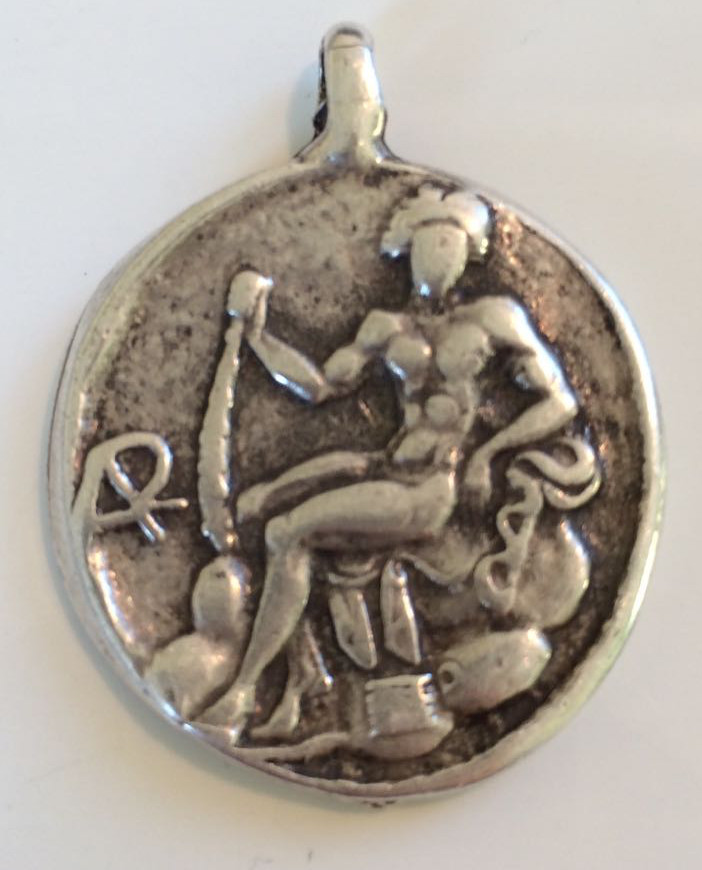 Just a guess i'm no expert on the subject.

edit on 4 by AshFan because: (no reason given)

You're right. The fun you will have with your son is priceless.

Who knows what doorways this might open up for him? If not already, he may become interested in history, archaeology, or even coin collecting.

Please keep us updated on your progress.

originally posted by: EartOccupant
a reply to: AshFan

I think you have the original of the repro

tnx, I get you and it is exploration of object and mind indeed, and if we come to a conclusion i will post it.


a reply to: AshFan

If it is a repro, there should me more a like.so.. . show me the original please !

Otherwise it stil is a one of a kind.. and then we can debate about date.

When i do a search on "Ancien Coin Zeus"

you get coins with the face 90% of the time looking to the right.

G605 A Rare, Magnificent, and Important Greek Silver Stater of Megalopolis (the Arkadian League), the Portrayal of Zeus of Great Countenance, Among the Finest of All 4th Century Coins, a Numismatic Masterpiece

The coinage of Megalopolis for the Arkadian League

From the Peloponnesos Hoard (Gerin, pp. 21-22, but see below). One of the great rarities of the late Classical coinage of Greece and a true masterpiece of Greek numismatic art. The head of Zeus is surely taken from the statue of Zeus Brontaios by Leochares in Olympia and must refer to the Arkadians’ short-lived conquest of Olympia from the Eleans a few years before this coin was struck. According to Gerin’s reconstruction, all the staters were struck starting in Spring 363 and finished with the Battle of Mantinea in July 362. From that point on the League effectively broke up into two groups, one centered on Megalopolis and the other on Mantinea. This coin is one of the very finest examples of the stater coinage of the Arkadian League; there are 33 specimens known of which 21 are in public museums and 3 are in this sale. The only example of equal quality on the market in recent years was the Gillet coin from Kunstfreund (from the same dies as this), which reappeared as lot 224 in Leu 77 (11 May 2000) where it sold for 240,000 Swiss francs on an estimate of 80,000! Concerning the hoard that this coin comes from, new evidence suggests that rather than having been found in the late 1960s, as stated by Gerin, it really appeared prior to 1937 (and may, in fact, be part of IGCH 60). The confusion seems to have been caused by the fact that the coins were owned by a gentleman who died at a very advanced age in the late 1960s; only after his death were his coins dispersed by his heirs. In addition to this piece and the coin in the following lot the hoard also contained numerous staters of Olympia (including lot 637, above) and the magnificent Pheneos stater that appears here below as lot 1617.


edit on 4-10-2016 by CazOuillette because: Missed information previously posted. 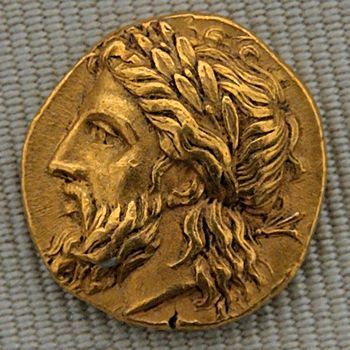 I'm short of time, so I dont know if it'll help.

We did read the story in awe ! Haha Nice !

posted on Oct, 4 2016 @ 02:54 PM
link
Thank you for posting the pic... I'm new here, still trying to figure it all out. (Specifically made an account just to post this!) The casting line around the edge off your piece indicates that this was made using a process besides striking, like an ancient coin would've been minted, so, pretty sure it isn't original. It's still Purdy, tho.
edit on 4-10-2016 by CazOuillette because: (no reason given)

Everything helps, tnx for the effort !

posted on Oct, 4 2016 @ 03:12 PM
link
Check around the edge of the coin. If there is a little protrusion, evidence of a sprue, it is probably a reproduction casting.

Ancient coins such as the one you have are usually made by stamping. It's still a very nice piece!!

Then may I be the first to welcome you to this side.

And thank you for the excellent research on our little object !

PS Posting pics is i believe only possible when you first upload them to ATS , then you get a code to post them

posted on Oct, 4 2016 @ 03:15 PM
link
from the pics you posted it look to have a seam running around the edge. As someone has already pointed out the coin should be Stamped/Hammered from a solid piece of Silver if it's a genuine ancient Stater.

posted on Oct, 4 2016 @ 03:19 PM
link
The close up picture of the rim will have to wait to tomorrow, because my son went to sleep and took his new Treasure with him.

He did film it earlier, but it turns very fast.