President Obama faces an increasingly stark choice in Syria — he can order American military action or watch thousands of women and children die as the rebel stronghold of Aleppo falls. So far, he has shown no willingness to launch a U.S. military response, but White House officials told NBC News Monday they are now considering escalating the U.S. involvement in Syria's civil war, including unspecified "actions…that would further underscore the consequences of not coming back to the negotiating table." Until now, Obama could point to the possibility of a diplomatic solution, as Secretary of State John Kerry won Russia's agreement on a ceasefire. But the ceasefire never happened, and the diplomatic effort has now collapsed, with the U.S. suspending talks with Russia.

We are just angry that Russia is stealing our Thunder in Syria. If the US is upset at Russia for their support of Assad in Syria, why did we give $1.7 billion to their other big supporters, Iran?
edit on 4 by AshFan because: spelling

Obama won't do sh**. He's an appeaser, negotiator, draws " lines in the sand" that no one is afraid to cross and will maybe maybe send in a few more "observers", but as far as actually calling Russia's bluff....he ain't got the stones for it. He's probably on the phone to Putin right now, backpedaling and apologizing.

There really is nothing to negotiate on. The Russians are in the right. The Americans are the aggressor. They should not be supporting any terrorist organisation.

Also the propaganda in that article is so transparent.

"President Obama faces an increasingly stark choice in Syria — he can order American military action or watch thousands of women and children die as the rebel stronghold of Aleppo falls. "

Hmm, really NBC? And how many women and children will be raped, tortured and murdered if Damascus falls to the Islamists?

What will happen to the Shia and the Christians?

posted on Oct, 4 2016 @ 12:15 PM
link
Putin only want peace and cute dogs..
USA should stop poking and invite Putin over for dinner instead, perhaps they could learn something 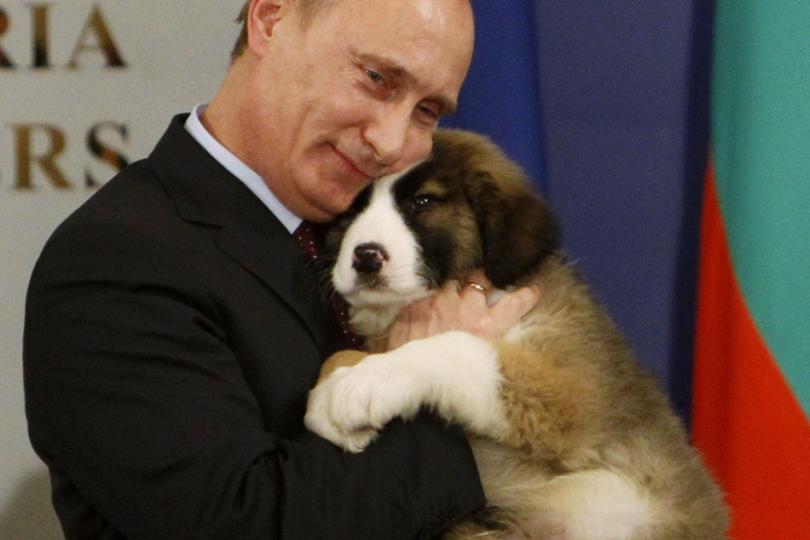 daaskapital
+2 more
posted on Oct, 4 2016 @ 12:19 PM
link
America. Threatens to escalate conflict in Syria if Russia doesn't negotiate...proceeds to suspend communications with them.

Are the terrorists a country? Did America have a defence treaty with said country and did Syria attack this fictional country?

Russia are allies of Syria. Syria asked them and Iran to help deal with the terrorist infestation. They have every right to be there.

America has no right to intervene in this conflict.

America has committed a completely unprovoked act of aggression against Syria by invading it's air space, sending it's special forces into the country and attacking it's military personnel. This is an invasion of a sovereign state
edit on -050012pm10kpm by Ohanka because: (no reason given)

This latest move by Russia is making the point very strongly that if you want to work together in fighting the ISIS/Terriorist in Syria then please join and do your part .

Maybe he's afraid clinton will wind up in prison (or dead) so he's upping the schedule?

posted on Oct, 4 2016 @ 12:34 PM
link
The US through the actions of Obama and Hillary plus 12 other others in the government started the Syria's civil war. A WikiLeaks document fact. Now, as you would expect thousands of women and children are/will die and if our solders get involved so will their families feel the pain of dead.

I would suggest a three step process:
1) Impeach Obama and the 12 others period for starting the civil war,
2) Ask the US solders who stand the high potential of dead, if the want to go in for a risque mission,
3) Ask the American People to support those solders no matter what their decision.

Now the next president will have to do the hard work. Obama fiddled (played golf) while our foreign policy crumbled.

History will not be kind to Barack Hussein Obama, i.e., American History.
edit on 4-10-2016 by queenofswords because: (no reason given)

If Aleppo is liberated - and it will be, then the "opposition" is finished. It is their last, and toughest, stronghold left in the country. The remaining terrorists could be eliminated quite easily once Aleppo is once again in Syrian hands.

It'll just be Syria + Allies + The Kurds vs the Islamic State. Then the American Establishment will have a hard time justifying any intervention in Syria.

Once Aleppo falls the terrorists crumble, and then the Islamic State can finally be expelled from Syria.
edit on -050012pm10kpm by Ohanka because: (no reason given)

posted on Oct, 4 2016 @ 12:42 PM
link
So much hypocrisy from both sides. It's all about money and power. No good guys. One country uses the Syrian government and the other uses the rebels as an excuse. That country is just about to be owned.

originally posted by: DAVID64
a reply to: deviant300

Obama won't do sh**. He's an appeaser, negotiator, draws " lines in the sand" that no one is afraid to cross and will maybe maybe send in a few more "observers", but as far as actually calling Russia's bluff....he ain't got the stones for it. He's probably on the phone to Putin right now, backpedaling and apologizing.

Why would he do anything now? He has done very little over the past several years. His delusional diplomacy efforts have failed miserably. It's too late for him to do the right thing now.

posted on Oct, 4 2016 @ 01:13 PM
link
What irks me about this entire situation is that the administration and MSM keeps calling this a civil war by moderate rebels. It aint no flucking civil war and there are no moderate rebels. It's an armed invasion by proxy. Civil war my arss!

posted on Oct, 4 2016 @ 01:13 PM
link
This vid is a good watch to get some sense of what is really happening and by who including the White Helmets

originally posted by: the2ofusr1
This vid is a good watch to get some sense of what is really happening and by who including the White Helmets

I couldn't stop watching that video! Thank you for posting it.

Now THAT is real journalism and investigative reporting. I learned so much from watching it.

Around the 21:00 mark was super interesting food for thought.

He's certainly not an appeaser. Obama is a prolific warmonger. His foreign policy saw the destruction of Libya and the outbreak of the Syrian Civil War, the Coup in Ukraine, and the severe decline in US-Russianrelations to a point almost as bad as those of the Cuban Missile Crisis.

These are not the actions of an appeaser.

Oh, Hillary was intimately involved too. She has to get her share of the blame
edit on -050002pm10kpm by Ohanka because: edit: changed US-American to US-Russian