Hi my name is Peeple, this is my suggestion for an ATS self-help group session

posted on Oct, 4 2016 @ 06:36 AM
link
If you think about all the uncertainty we live in which sems to get a bit overwhelming sometimes, I feel it's time to make room for our fears and doubts. And to establish a few truth.
Exactly the hippy is here, to rescue the world. Lay back and relax, let's talk about your feelings.
I start.
Hi my name is Nadine, I am a lazy person. I like to think and dream without the veil of direct interaction. Here on ATS I feel we do something much more important. Freedom of speech. We speak about the unmentionable, the out there stuff.

That's creativity at work, if you ask me. Gawd I wish I could get paid for writing here. Then I would strive for really far, far, far out there stuff. There is no need for secrets. I had marks on my arms as I woke up alone, in my room, at a time when I always locked my door. Abduction? A rash, coincidentally on both wrists? I am not prone to something like that, just nickel. Is that a hint? I mean I am really scared there already is a worldwide gouvernment, which has the technology and is playing with us. The scary part is contemporary here, now on Earth. I would prefer them from the future. But what that implies is we would have to revolt. Now, here on Earth.
All the grown-up stuff is a pain in the ass and the money is bad. I want basic income and the birth place has to pay. Or family heritage, if there is proof. And I deserve that because I am looking for new possibilities, that's necessary for progress. Life-science if you will. Is that the programming speaking?
I mean I can't be sure what is thinking, just blinking neurons in a sea of "hackable perception device". Learned behaviour, cultural/social acceptance, TV, movies, games, music, books, .... (that sounds old, right?), food, water, all motivations, that would be super easy to manipulate. Is that what politics is about? Control of the Public?
Look up there! Far away planets. 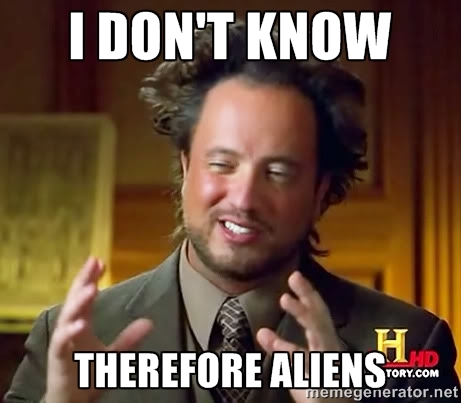 I don't say all is, but what if they are the ones buying the crap, making it bad, but "successful" so it gets time on the stuff nobody watches anymore, or listens to, so they found a way to run out the smaller ones, entirely, Spotify, Netflix, etc. You only survive there if you don't have to worry about money.
Who likes those clowns? Kardeshians and stuff like that? Yet here we are talking about it, my bad.
Wouldn't it be funny, if in reality nobody would believe the public story, to some extent?
But then there is this ugh feeling and I don't want to imagine that. Emotional control loop. Mine. But would it be possible someone is teaching me and entertaining me, untill I react probably in a certain way?
I think that's a super spooky horror story worth to be told.

I'm just completely Dada and the counter psyops public opinion shapesperson. It's all about basic income, frisian freedom and magnificent buds of art over here. The only thing I'd disagree on is the revolting part, all we need is a change of paradigms comparable to the italian renaissance. Evolution if you will, the basic laws and human rights here in Germany are a very great achievement if you ask me. It's too good to risk all that in a violent uprising, which is what I'd automatically connect with the concept of revolt.

Give me a heads up when you're close to Bremen or Hamburg, we need to talk.