It's official: The FBI is covering up Clinton's crimes

Ever since 9/11 and the formation of the DHS, the FBI has operated more like a criminal organization than a law enforcement organization. Going on the front foot with training & luring individuals, using entrapment tactics, to engage in 'terrorism' so they can then arrest them for engaging in terrorism.

Then, we have this latest info that the FBI has done deals with criminals, presumably with the intention of nabbing the biggest criminal of all - Hillary Clinton, and yet it appears that their actions are not to nab her, but to ensure any possibility of her being nabbed, through damning digital evidence, never happens.

The FBI is no different to BLM - just another organization pushing an agenda that serves the interests of global elites and using criminal means to do so.

posted on Oct, 3 2016 @ 06:24 PM
link
You know they covered for her the minute they let her bring in her own evidence in the form of wiped servers. Nixon did the same thing.

Portions of the tape recordings he handed over were blank. The whole focus of the investigation boiled down to the secretary that accidentally erased parts because she was 'so busy'. Grand theatre in its day.

posted on Oct, 3 2016 @ 06:51 PM
link
The FBI's job was destroy any evidence and any chance of prosecution. They just wanted to see the implications the labtops held if any whatsoever

posted on Oct, 3 2016 @ 06:51 PM
link
This is just a show for us little people who have to follow the law. The reality of this is pathetic and i will explain the result of how this will play out so everyone gets the idea that everyone involved is playing the game even the oversite committee.

First off once she got caught the clock was running. The investigation needed to be completed and the trial needed to be set asap. This is because 4 years after hillary leaves office she is free from being prosecuted for her crimes as Secretary of states.

The FBI took its sweet arse time conducting the investigation and comey pretended to be working hard, it made the public feel a false sense of security that he was actually trying to figure it all out and get a conviction. However in reality this was just to keep hillary out of hot water because given the evidence she should have been on trial once she didnt hand over all the emails.

The AG granted immunity to everyone involved and the congressional oversite committee has no abilty to prosecute and even if they replace the AG and the Head of the FBI it will not be fast enough to stop hillary from becoming president or to even prosecute her for her crimes.

The only thing that could stop hillary at this point is to have a judge strip hillary from that rule since the information was caught before the 4 year mark. Then select a special prosecutor and try the case under rico. They would have to formally charge hillary clinton, bill clinton, miss lynch, and director comey before the election. This could be achieved by allowing hillary to still run and hold office only if she isnt convicted, however while she is still on trial she may not make any decisions as president until the case is resolved only her vp. And thats if they beat trump

Comey is a worthless sh*t!!

Sometimes I hate this country! Hate created by and sitting at the doorstep of the government!

I dont have a middle finger big enough for our government and the lazy, incompetent, corrupt assholes running it!
edit on 1700x6717America/ChicagovAmerica/Chicago10 by six67seven because: (no reason given)

If the laptops contained classified data, then they should have been destroyed.

This I can see, but wouldn't it behoove them to hold on to them until everything was final and closed?

I mean, I know the DoJ and FBI want to sweep this under the rug and move on, but there are obviously still nagging questions lingering.

That being the case, one would think all materials related to the case would be retained.

a reply to: randomthoughts12

Yea that plane ride in itself is mind blowing. Watching her in front of congress answer not even a simple question is crazy. Bill may have influenced the immunity and probably explained who needs them for sure.

Combetta was granted immunity in Dec 2015, I would imagine the other deals were struck at about the same time.


I agree that they should of held on to them for a longer period... but I guess they figured they were never going to press charges anyways so it didn't matter anymore.

posted on Oct, 3 2016 @ 07:05 PM
link
The fact that they destroyed the laptops is key here and now no one will be able to actually prosecute her. How you conduct a crimmal investigation regarding digital evidence is to pull off all the evidence from said device and use it as evidence with time stamps to show evidence was tampered with. However you need the hardware as secondary proof to back up the time stamps if destroyed the evidence is nothing

The point I was trying to make is that once the government, whether it be the FBI or CIA or NSA or whoever comes into contact with classified information on an unapproved unclassified medium, that medium became the property of the US Government.

No one who turns in an unclassified device containing classified information is going to get their device back... it is simpler for the government to reimburse rather than return.

There is no conspiracy...this is FACT.

Uhm, yes there is. A conspiracy, by definition, is 2 or more people taking an a action.

We have 5-6 people given immunity..

Yes, there was / is a conspiracy.

I feel your pain, and what's more distressing is the apologist, living in denial.

Nothing will change until they stop worshiping these people.

Everything the Clintons touch is corrupted. If I were an US citizen, I would be so livid over this information I would vote for Trump as a "NO" vote against Clinton in the federal presidential election.

Ever since 9/11 and the formation of the DHS, the FBI has operated more like a criminal organization than a law enforcement organization.

I believe George W. Bush created the Department of Homeland Security as a way to bring the FBI under the CIA and their covens of Nazis. it reads like a plan dreamt up by the CiA's own George H.W. Bush to neutralise the FBI as an opposing force to the CiA's many illegal operations within the USA.

You note they're steering clear of a lot of these threads.

I have only one thing to say to our government and any still cheering Hillary: 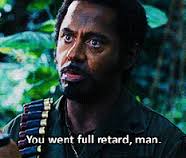 Everything the Clintons touch is corrupted. If I were an US citizen, I would be so livid over this information I would vote for Trump as a "NO" vote against Clinton in the federal presidential election.


Fact is, she won't be found guilty. She *IS* guilty, but she's got her fingers in all of the pies.

The moment anything leaked on the clintons, the collective buttholes of our nations leaders made a sucking sound, because they knew they were in hot water.
And they've all done their part to cover each others asses, because they all know they're all guilty.


For we are opposed around the world by a monolithic and ruthless conspiracy that relies primarily on covert means for expanding its sphere of influence--on infiltration instead of invasion, on subversion instead of elections, on intimidation instead of free choice, on guerrillas by night instead of armies by day. It is a system which has conscripted vast human and material resources into the building of a tightly knit, highly efficient machine that combines military, diplomatic, intelligence, economic, scientific and political operations.

Is that all these people get all up in arms about these emails.. yet no one has any idea what they say..


Everyone gets all crazy over these emails like they give the location of where Tupac is hiding out at or something. Lol

I beg to differ.

There is a wikileaks archive available.

I Smell Political Cronyism here . Man , and it Stinks !

originally posted by: jhn7537
a reply to: AndyFromMichigan

The House Oversight Committee should remove Comey and his team of agents immediately.. Isn't this why we have this committee in the first place, checks and balances? Well, something bad is out of balance with the FBI and they need to be put in "check" immediately.. I hope Chaffetz and Gowdy tackle this..

And a side note... Trey Gowdy would make a wonderful AG...

If Donald gets in, I hope for all our sakes Trey gets it, jhn.
He might be the guy that also reinstates a proper Grand Jury
system. It's been a long time since there's been a runaway--
and we could all use one now more than ever.
PS: only 275 miles away from a real deep dish,
and it might as well be a light year. ARRgh.

originally posted by: Lucidparadox
The thing thats so funny about these threads..

Is that all these people get all up in arms about these emails.. yet no one has any idea what they say..


Everyone gets all crazy over these emails like they give the location of where Tupac is hiding out at or something. Lol


The location of Tupac? You chose THAT mystery to compare the seriousness of the communications of the SoS?