Clinton on Assange - "Can't we just DRONE this guy?"

page: 1
78
<<   2  3  4 >>
log in
join
share:
ghostrager
+53 more
posted on Oct, 3 2016 @ 08:35 AM
link
So it appears that Julian Assange may have cancelled the balcony speech for safety concerns afterall! Wikileaks tweeted out thi s LINK that goes into the history of Assange vs. Clinton and makes a few startling accusations.

Sources had claimed that Hillary openly inquired on using a drone strike against Assange while in a meeting on how to handle wikileaks and their release of CableGate. The article goes on to state that the meeting also discussed finacial bounties for Assange along with discussions of the legalities of the drone strike.

After the meeting, Hillary recieved an email titled "SP memo on possible legal and nonlegal strategies re Wikileaks". There was an attachment in the email that the federal investigators "have yet to be recovered"....go figure.


Clinton’s State Department was getting pressure from President Obama and his White House inner circle, as well as heads of state internationally, to try and cutoff Assange’s delivery of the cables and if that effort failed, then to forge a strategy to minimize the administration’s public embarrassment over the contents of the cables. Hence, Clinton’s early morning November meeting of State’s top brass who floated various proposals to stop, slow or spin the Wikileaks contamination. That is when a frustrated Clinton, sources said, at some point blurted out a controversial query.

“Can’t we just drone this guy?” Clinton openly inquired, offering a simple remedy to silence Assange and smother Wikileaks via a planned military drone strike, according to State Department sources. The statement drew laughter from the room which quickly died off when the Secretary kept talking in a terse manner, sources said. Clinton said Assange, after all, was a relatively soft target, “walking around” freely and thumbing his nose without any fear of reprisals from the United States. Clinton was upset about Assange’s previous 2010 records releases, divulging secret U.S. documents about the war in Afghanistan in July and the war in Iraq just a month earlier in October, sources said. At that time in 2010, Assange was relatively free and not living cloistered in in the embassy of Ecuador in London.


Following Clinton’s alleged drone proposal, another controversial remedy was floated in the State Department to place a reward or bounty for Assange’s capture and extradition to the United States, sources said. Numbers were discussed in the realm of a $10 million bounty. A State Department source described that staff meeting as bizarre. One minute staffers were inquiring about the Secretary’s blue and black checkered knit sweater and the next minute, the room was discussing the legalities of a drone strike on Assange and financial bounties, sources said.

Immediately following the conclusion of the wild brainstorming session, one of Clinton’s top aides, State Department Director of Policy Planning Ann-Marie Slaughter, penned an email to Clinton, Chief of Staff Cheryl Mills, and aides Huma Abebin and Jacob Sullivan at 10:29 a.m. entitled “an SP memo on possible legal and nonlegal strategies re Wikileaks.”

The article is a great read and gives a little more insight as to why Clinton should be worried about Wikileaks. Assange knows that if she is elected, he's never going to get out of the embassy and if he does, he'll be extradited to the States for prosecution.

With Hillary's long political career, I'm guessing the October Suprising isn't far off aND Asang has been collecringe more leas over the past few months. Roger Stone sent a cryptic "Hillary is done Wednesday" and Julian Assange is set to speak via web to a conference in Berlin on Tuesday at 3am EST.

This comes after he cancelled the balcony speech due to safety concerns(allegedly). Tuesday is also wikileaks 10th anniversary and after reading this article, what better way for Assange to celebrate than a Clinton leak?


I doubt that very much. (portion redacted)
edit on 3-10-2016 by intrptr because: redacted

originally posted by: IAMTAT
"Can't we just drone the guy?"...She was most-likely serious....We all have seen Hillary Clinton doesn't have a sense of humor unless someone writes it for her.


The reason they haven't done it up to now, they don't want to martyr the guy.


I doubt that very much.

I'm sure Hillary said it in jest....at least until she figured out if it was a viable option or not.

This along with the Qaddafi quote puts her in the psychotic zone.

What a peace loving individual, want her in control of the lives of your sons and daughters? Possibly willing to kill to protect her legacy, that's what our kids will be put into harms way for her.


I doubt that very much.

I'm sure Hillary said it in jest....at least until she figured out if it was a viable option or not.

I doubt she openly says things like that.
Imagine a hell fire missile obliterating a portion of the Ecuadoran embassy? She may want him dead, but would never openly state it. I am willing to entertain an audio copy from the meeting?

originally posted by: Puppylove
a reply to: intrptr

Well, she does have destroying embassies on her resume'.

originally posted by: Puppylove
a reply to: intrptr


They do that all the time, just not in the West.

Not one single drone strike anywhere in the West.


I doubt she openly says things like that.
Imagine a hell fire missile obliterating a portion of the Ecuadoran embassy?


This took place while Hillary was SOS and Assange wasn't in the embassy. I can imagine her a saying this in a meeting behind closed doors, half jokingly but looking at elimination options.

Just look at what she did to Libya not long after she allegedly said this. While I doubt she would do a drone strike, I think it's obvious what her solution for Assange was back then. 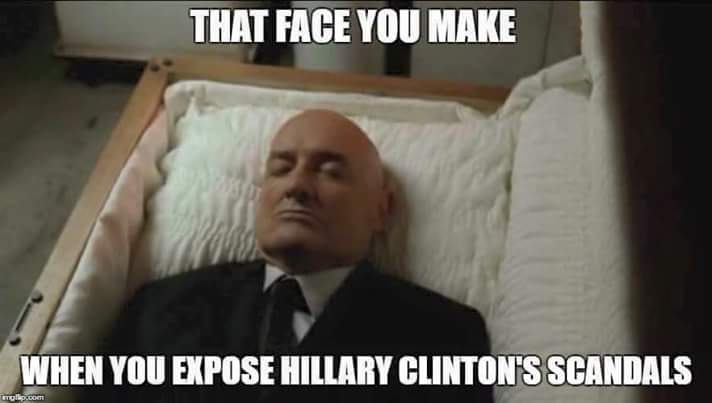 lordcomac
+12 more
posted on Oct, 3 2016 @ 09:10 AM
link
executing the opposition is exactly the kind of thing we have come to expect from the club that's been running the us gub'ment for my entire life- they're just getting less hush hush about it because they know....

...they know at this point we could have leaked video of one of these politicians giving the order to to sneak into any third party nation, embassy, or even citizens home and suicide a given person, followed by video of that same politician watching it happen via drone, and they still wouldn't be held accountable. There'd be a rabble and maybe a few protesters, but their military police would shut up the rabble rousers soon enough. A half dozen more people would suicide out to cover up the whole thing, and the proof would fade into the background noise.
Next thing you know any discussion of the event would be erased from forums like ATS, and within six months there'd be no proof and no memory of it ever occurring. 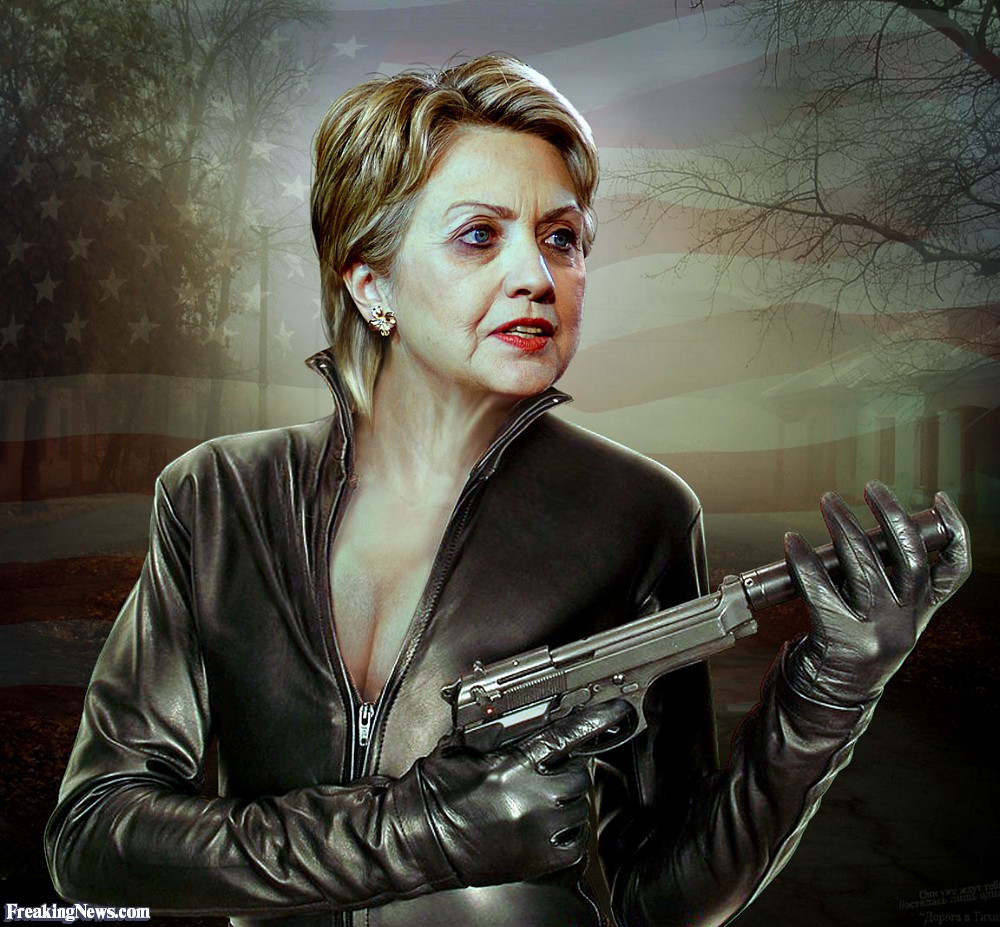 She is dressed and ready for Halloween....


I doubt that very much. (portion redacted)


Perhaps you are unaware of a situation that I've mentioned in the last couple of days. Back a few administrations ago, during a problem with Cuba, a White House security meeting was conducted doing some brain-storming about how to handle the situation. One floated solution that was rejected was to shoot down John Glenn as he circled the earth in his capsule and blame the Cuban/USSR for shooting him down. I think the affair was called Operation Westwoods.

originally posted by: Hazardous1408
You guys honestly think the US would drone London?


It could be done ... and they could probably get away with it too.

Problem is, once you start doing that, the folks that are in-the-know want to start playing by those rules too.

posted on Oct, 3 2016 @ 09:28 AM
link
The "safety concerns" cited in the cancellation of the balcony presentation were likely for Assange himself!