The yeast for beer is tamed to the limit and can no longer survive on its own. Wine yeast, however, is the wilder kind and do well in the wild.

It appears from a study in the journal Cell. Where scientists have examined the genes of the variants of the usual yeast we use today in the production of alcoholic drinks and bread.

They constructed a family tree of the different variations that reveal that they originated from the 1500s. 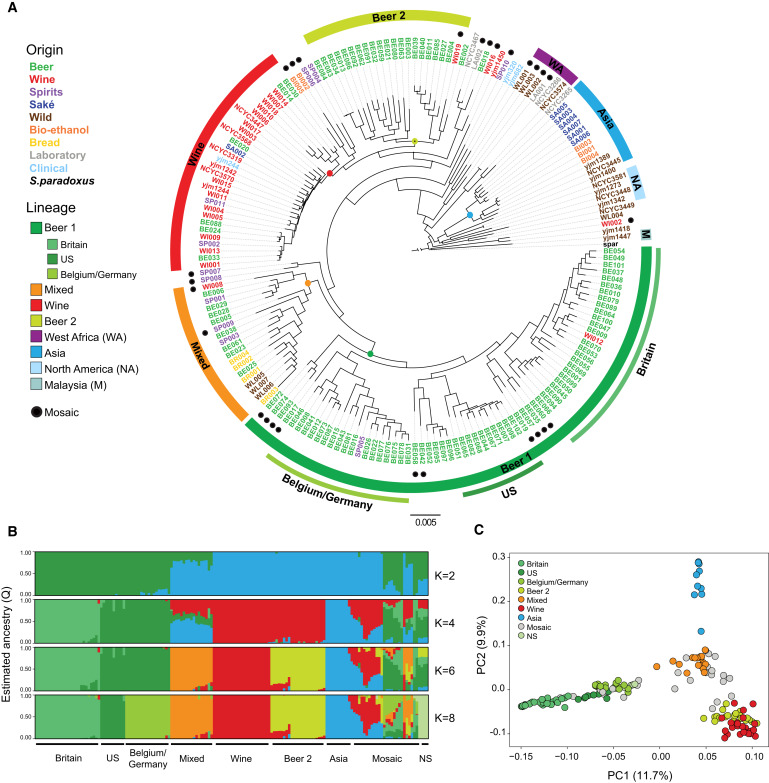 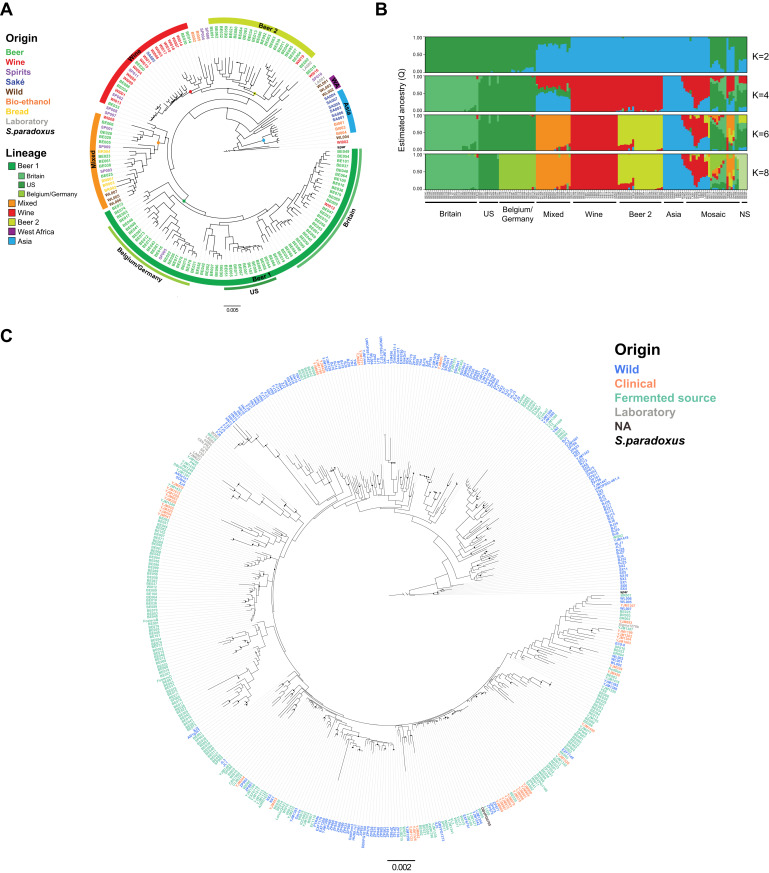 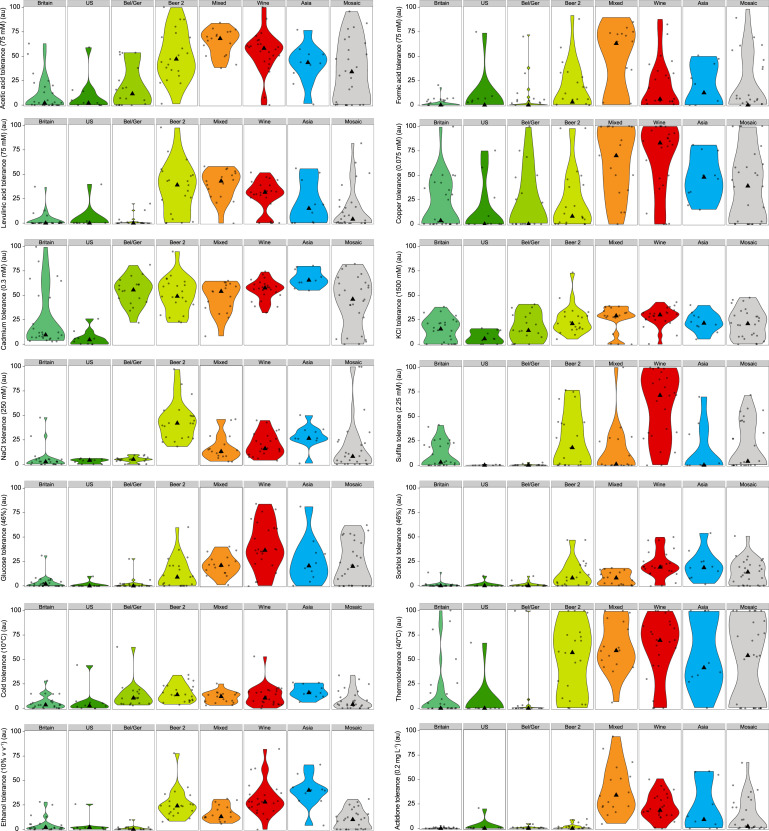 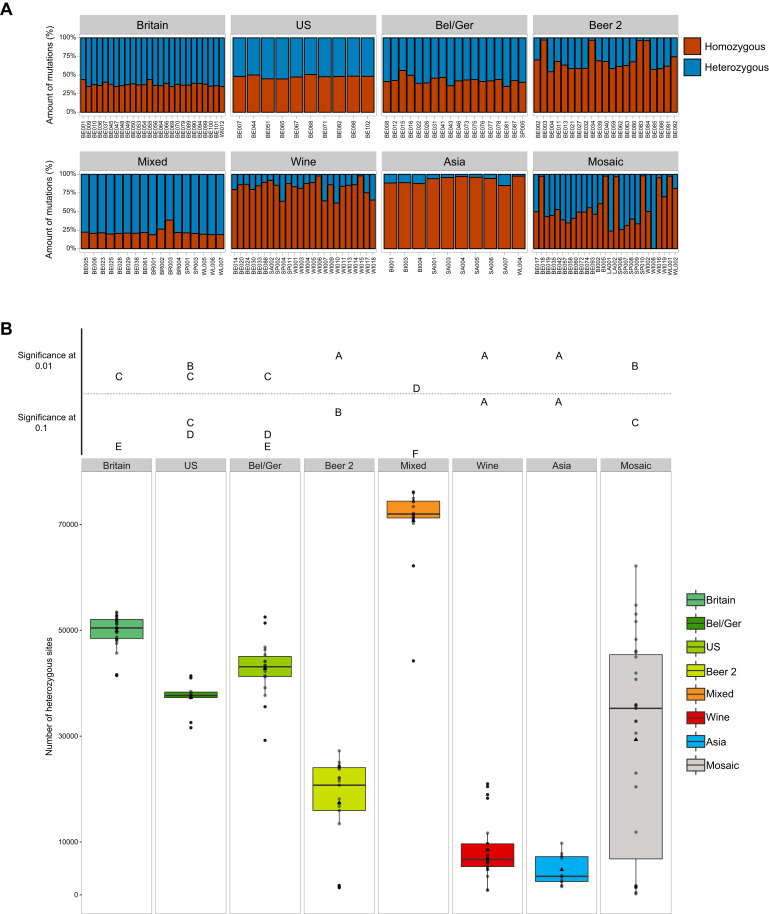 When discovered apparently the people that you could get a better fermentation process if you took a bit of sediment from a previous successful fermentation.

Thus started a selection process that led to today's domesticated yeast variants. The principle was the same as in animal breeding and plant breeding.

There are five major variants, one used in the production of rice wine, sake, one for use in winemaking, variant for bread production, and two different types of beer brewing.
The beer is extremely tame

All these clearly different from the wild form of the yeast, especially the two that used when brewing beer. They cant longer procreate sexually without is practically sterile and incapable survive alone nature.

The beer yeast is in other words hard domesticated, as some extreme breeds.

Interestingly, this is not the case with the yeast variant used in winemaking. It is as old as the beer yeast, but not as hard tamed. It can reproduce sexually, and is fully viable in nature.

The reason is likely that beer brewed year-round, which has made beer yeast completely independent of the ability to survive on their own. Wine, however, is produced only at a certain limited time. The rest of the year must pass the yeast itself.

I suspect this has much to do with the process and raw materials.

Beer's raw materials are boiled to make the wort killing off any existing microbes, then yeast is added and the wort is carboyed with a CO2 stopper. Essentially only the additive yeast works on the wort in the case of beer.

Wine on the other hand isnt boiled, it is juiced from grapes as we all know. Grapes are naturally covered in yeasts, so any added yeasts will be mixing with wild, natural strains every time.

The same could be said of bread to some extent as local environmental yeasts in the air can add to the dough during proofing.

I havent made Saki, but it is a grain base like beer, Im unsure what the process there is.

Ultimately I would posit human processing forms, and basic biology are the culprits to hard domestication.
edit on 2-10-2016 by BlueJacket because: sp

So with wine making, you dont have to add yeast, it is present from nature, on the shill.

Thats why wine yeast is still a nature product.

They are looking at production yeast from a fixed strain. Sure, they can trace the shape and heritage back to 1500's because that is when they started using yeast as part of the fermentation (the Reinheitsgebot was enacted in 1520's or so). So just in general, I can believe their findings. It is pretty amazing there are 10 American strains while there are 18 of mixed (ale and lager, the two major strains of beer yeast)! Beer yeast were selected for their ability to ferment high alcohols, or cold temperatures, or at regular temps then chilled. There is a special sub-category of beer out there being made with wild yeast. I forgot who, but they cultured yeast found growing in the brewer's beard!

But beer making is older than that. A modern company made a beer from an ancient Egyptian recipe (3,000 years old?). They did use modern yeast and they said it actually tasted like Bass Ale! Who knows what yeast were used back then? There is even some who believe that society formed when an excess of grain necessitated a storage medium and fermentation was born!

Cool read on the article! It is not the be all and end all on yeast but a good indication that brewers and yeast prepares are inclined to use strains that are dependable and reliable.