Iran Unveils New Attack Drone Based On Captured US Aircraft 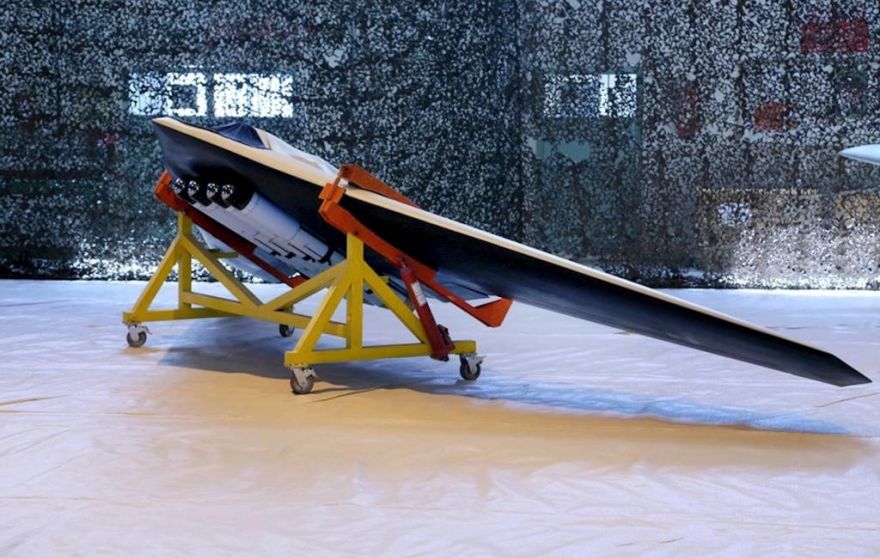 According to Fox News, Iran has developed a Drone Clone:


Iran's Revolutionary Guard unveiled a new attack drone which is similar to a U.S. unmanned aerial vehicle captured five years ago and is capable of carrying bombs, state media reported on Saturday. The drone, called the "Saegheh," or Thunderbolt, was unveiled at an expo showcasing the latest achievements by the Revolutionary Guard.


I'm not sure how you say "Saegheh", heh... but Thunderbolt I can almost pronounce. The article continues:


There's not much to the article, it concludes with:


Military officials did not demonstrate the drone's abilities and did not say what range it had. Iran claimed to have shot down an RQ-170 drone used by the Central Intelligence Agency in December 2011 and broadcast footage of the recovered aircraft. It also claims to have captured three American ScanEagle drones. Iran said last year that it had successfully tested its replica of the RQ-170. Also on Saturday, Tasnim published photos of what it said was a U.S.-made MQ-1C drone captured recently by the Guard. The news agency did not say when or how the drone was captured.

I wonder why the US drones don't self-destruct automatically before being captured? Were these drones hi-jacked by hacking? I would love to hear any more information regarding this Drone Clone if any of our members has some to share.
Fox News SOURCE
edit on 1012016 by seattlerat because: added image

posted on Oct, 1 2016 @ 04:46 PM
link
WHy wont they self destruct in the Iranian airspace? Wouldnt that be more of act of aggression than even breaking their airspace?

What im interested will Iran start to use these drones in fight against terrorism. Would be kinda funny to see them using USA tech against their own terrorists.

I want to see this drone used to take out some Mossad/CIA sponsored terrorists.
edit on 1-10-2016 by Pepe240 because: (no reason given)

originally posted by: romilo
WHy wont they self destruct in the Iranian airspace? Wouldnt that be more of act of aggression than even breaking their airspace?

What im interested will Iran start to use these drones in fight against terrorism. Would be kinda funny to see them using USA tech against their own terrorists.

If they were to make it blow up in a hi-explosive ball of firey death then yes, that would be an act of aggression. I'm fairly sure the technology exists for it to self-destruct in a way that wouldn't be as destructive to anythihng else...

They removed most of the flight termination systems after a series of very expensive accidents.

originally posted by: Zaphod58
a reply to: seattlerat

They removed most of the flight termination systems after a series of very expensive accidents.

Does this mean that the "self-destruct" sequences were accidentally triggered and blew up the craft without warning? It seems to me that losing technology to another military might be an even more expensive accident... Any idea how they were able to capture the base unit they used for their "clone"? Was it just retrieving a crashed unit or were the Iranians able to somehow force it to make a controlled landing? At least with drones they don't have to worry about a Gary Powers type situation! Thanks for your informative input, I appreciate the members here who share their vast knowledge and unique experiences.

Flight Termination Systems don't blow them up. That would be almost as dangerous to people on the ground as flying it straight towards a building. They lock the controls and put them into an unrecoverable attitude, and don't respond to input from the ground.

There were a number of incidents from a Global Hawk, to the Polecat caused by them being activated inadvertently and causing the aircraft to crash.

The RQ-170 in Iran was spoofed and thought it was somewhere it wasn't and came down intact in the desert, where it was recovered.

Thanks for your replies, Zaphod. I became intrigued by this and am embarrassed by my ignorance so decided to look into it further. This led to an interesting claim on a website that I'm sure probably does not have the greatest reputation here on ATS, but just for the heck of it I will include a brief snippet:


So, how many of you ever heard of a FTS ??? (Flight Termination System) A Flight Termination System was in use by NASA as far back as the 1980′s. Remeber the Challenger Shuttle accident ?? Not an accident, the flight was terminated intentionally and 8 Astronauts were murdered because the shuttle flew outside of it’s safety range. It was intentionally destroyed to prevent loss of life and property on the ground. During the 1990′s this technology took off with the US Military as a means to remotely terminate aircraft or ballistic missiles in flight after launch. It became a fail safe mechanism or self destruct for all of America’s ICBM’s in case of a recall in flight.


Poetentially Unreliable Source
Does this claim (FTS being cause of Challenger accident) have ANY merit or is it just gibberish?
I hope you have had a nice weekend!
edit on 1022016 by seattlerat because: removed unwanted spaces

Utter BS, and that's being nice. The burn through was observed on camera and blow back through the O-Rings was found on previous flights. The Challenger was dead on course when it detonated.