Clinton/Trump: Can it get any lower?

The VHS cover states: 'From luxuriating in a warm, soapy tub, to reveling at an exclusive night club, Carol and Darlene bare their sex appeal and lead you on a sensual journey of discovery.'

I am shocked. In this day and age, who has a working VHS?

originally posted by: mkultra11
a reply to: Benevolent Heretic
This woman was on TV having sex with someone

I actually didn't know about that, so thanks. I don't like to be factually incorrect. She was supposedly having sex... and no nakedness, just as was Trump in the playboy movie he appeared in where he opened a bottle of champagne and it spurted all over the Playboy logo. I think one is as sexually suggestive as the other. And neither offends my sensibilities, either. The issue is his hypocrisy. 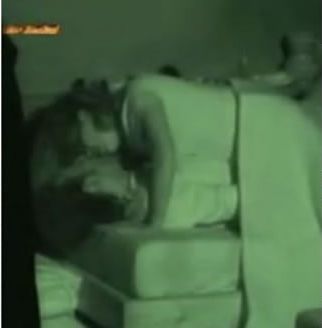 originally posted by: mkultra11
I was pointing out that these topics were brought up by Hillary.

Trump has been talking about Bill Clinton's sexcapades since last year. He definitely brought that up. And is continuing today. Source

Not to mention the invitation to Gennifer Flowers for the debate. And this week...

Donald Trump says he took the moral high ground at the first presidential debate by not mentioning the infidelities of former President Bill Clinton. But he hinted at them, talked about them immediately afterward and then sent his campaign's top backers out to do the same.

"An impeachment for lying," Trump said Thursday at a campaign rally in New Hampshire, referring to the effort to remove Bill Clinton from office for lying about his affair with White House intern Monica Lewinsky. "Remember that? Impeach."

The Republican nominee's decision to dredge up the former president's sexual history is a risky move in his campaign against Democrat Hillary Clinton, whose own team isn't fazed by the attack line.

Alicia didn't even have a sex tape.


New lows achieved daily. Yipee
edit on 1012016 by Sillyolme because: (no reason given)

originally posted by: Sillyolme
a reply to: Profusion

Alicia didn't even have a sex tape.

Please Trump has no character to destroy.

What are the "official debate categories" according to you??? ( you know if the birther stuff shouldn't have been in there in your opinion. )

This election cycle has made me thankfull for the buffons the UK has running it.....


They may be lying corrupt pricks but at least they are not Trump or Hillary. ....

originally posted by: Profusion
I almost posted the two stories linked directly below, but I thought they were crossing some imaginary line of vulgarity and stupidity.

He remains fulled clothed, but video includes naked women posing in sexual positions, touching themselves, and caressing each other

Video includes twin sisters Darlene and Carol Bernaola, who grew up in Peru before moving to Miami and spoke about Latin representation
SOURCE

Tensions remain high on the presidential campaign trail over Donald Trump’s tirade against the 1996 Miss Universe.

Trump, for his part, told the New York Times that this may spark him to get “nasty.”

“Who gets up at 3 o’clock in the morning to engage in a Twitter attack against a former Miss Universe?” Hillary Clinton said at a campaign rally.

“I have said it before, and I’ll say it again: A man who can be provoked by a tweet should not be anywhere near the nuclear codes,” Clinton said.
LINK

That kind of talk literally reminds me of what it was like in primary school. We may be on the verge of WW3, and the candidates for POTUS sound like gossiping schoolchildren.

It's really only 1 that is gossiping, though.


originally posted by: Benevolent Heretic
a reply to: Profusion

After Donald's performance in the debate and his resulting Twitter Tantrum slamming Machado, I actually looked for something like this, because I seemed to remember something about a connection to Playboy bunnies in his past. I couldn't find anything, so I let it go. But I'm so glad it has come out and is in the news now... His hypocrisy is all the more clear...

And now, he's going to talk about Bill's infidelity? How about his OWN???


He was an actual young billionaire and no one is going to be surprised about him being around playboy bunnies. It will only reinforce people's thought who are already against him and not sway his voters to not vote for him.

Bill Clinton had more than "infidelity" if anyone hasn't been living under a rock. He's been accused of rape and sexually assault by various women. He was impeached because he lied about having sexual encounters in the oval office. Hillary is seen as an enabler who attacked and intimidated women who very well may have been raped by her husband. She chose to stay with him in what people see as nothing more than political ambition and nothing else. I don't think anyone is really outraged about Bill "cheating" on Hillary, people cheat, people get divorced. The American people get that.

For Trump it is more than infidelity. He is facing a civil suit in the rape of a 13 year old girl.

DNC doing all they can now to get even for their exposures, resignations, and convention failures.

posted on Oct, 1 2016 @ 11:41 AM
link
Anything to avoid Trump's argument that Machado, whom was an alleged murder accomplice and someone who threatened the life of a judge, was given citizenship by the Clinton's and/or her campaign.

Yes, the choice could be a lot worse if anyone in this thread was nominated, because we tend to linger too long on the sordid details while dismissing the important ones.
edit on 1-10-2016 by LesMisanthrope because: (no reason given)

originally posted by: LesMisanthrope
Anything to avoid Trump's argument that Machado, whom was an alleged murder accomplice and someone who threatened the life of a judge,

She was never arrested, charged, or indicted.

was given citizenship by the Clinton's and/or her campaign.

How can a campaign or a nominee "give" citizenship to someone? Got a link (that's NOT a Tweet from Trump)?
edit on 10/1/2016 by Benevolent Heretic because: (no reason given)


originally posted by: LesMisanthrope
Anything to avoid Trump's argument that Machado, whom was an alleged murder accomplice and someone who threatened the life of a judge,

She was never arrested, charged, or indicted.

was given citizenship by the Clinton's and/or her campaign.

How can a campaign or a nominee "give" citizenship to someone? Got a link (that's NOT a Tweet from Trump)?

Hence the word "alleged". My only point was that all of this fake outrage is dismissive of the main point.

originally posted by: LesMisanthrope
My only point was that all of this fake outrage is dismissive of the main point.

And, what is the main point?

I already wrote what it was a couple posts up.

The last 8 years are the lowest we can go before civil war erupts...

Its already low:
Isn't all the main players on both sides "criminal"?