Are guns really the problem?

posted on Oct, 1 2016 @ 10:53 AM
link
No. Guns aren't the problem. If guns went away tomorrow the same acts would be perpetrated using something else. But guns are an easy, animate object on which to focus. People are drawn to simple binary explanations. They ignore the fact that the vast majority of gun deaths/assaults are directly tied to mental health issues. But you see, that's a difficult and complex concept to entertain. A lot easier to blame everything on the 'gun'. Terrorism? How about economic, political and cultural disenfranchisement. Got nothing to do with Islam. Nothing to do with religion. It's simply angry, disenfranchised people acting out their frustration while they wrap their actions in a more palatable rationale. When confronted, a cheating spouse will rarely say they did it because they are selfish and disloyal. They'll always blame some action/lack thereof of the other party. Much easier to blame something simple and something foreign.

posted on Oct, 1 2016 @ 10:55 AM
link
For all the anti gun folks, who think creating more and more laws will have any impact at all, watch this. This guy did everything he could to secure his store and still got robbed and shot several times. He developed the same attitude as those of us who carry a weapon...."I will not be a victim".
You can put up your hands and crawl on the floor, give them your money, co operate with their demands, but there are many out there who will shoot you anyway.
You have a choice. Be a victim or have the means to fight back.
I choose not to be a victim.

originally posted by: DAVID64
For all the anti gun folks, who think creating more and more laws will have any impact at all, watch this. This guy did everything he could to secure his store and still got robbed and shot several times. He developed the same attitude as those of us who carry a weapon...."I will not be a victim".
You can put up your hands and crawl on the floor, give them your money, co operate with their demands, but there are many out there who will shoot you anyway.
You have a choice. Be a victim or have the means to fight back.
I choose not to be a victim.

Violence all round yippie

originally posted by: Subaeruginosa
Americans as a whole are not about to give up their current gun rights.

Guns aren't the problem, bullets are. It's the bullets that kill, not the guns. Funny how you never hear anyone blaming the bullets or calling for bullet control. The guns always take the bad rap. It's a conspiracy I tell you.

posted on Oct, 1 2016 @ 01:32 PM
link
You be the victim if you'd like, I'll meet violence with a calculated escalation of violence. And go home to my kids at night. Some people like being on the receiving end of others sick actions.a reply to: Denoli

You don't like guns. We get it, we really do.

No one is making you own one, or associate with those who do. You go your way, I'll go mine.

If someone truly wants to kill another person, they'll find a way to do it. Guns are simply one tool out of many. Perhaps we should crack down on spoons and forks too, since apparently they make people fat.

GUNS are not the problem.

The problem is culture. That's a simplification, because lots of kids get accidentally shot, but I'd say there are parts of American society where the gun is synonymous with identity, in a negative way. 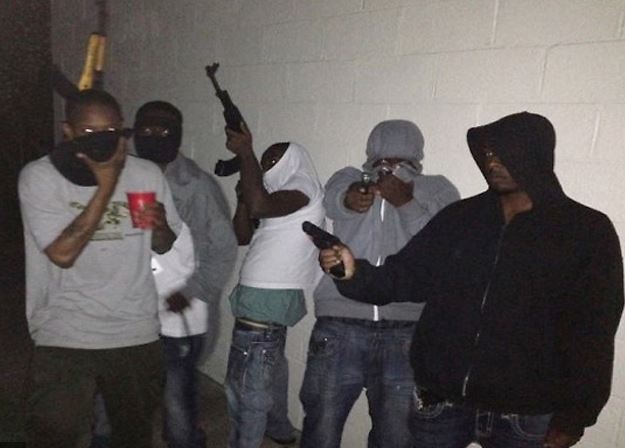 posted on Oct, 1 2016 @ 05:39 PM
link
Germany is a gun-free zone and knife/axe attacks are rising so much that the police are implementing chain mail now. 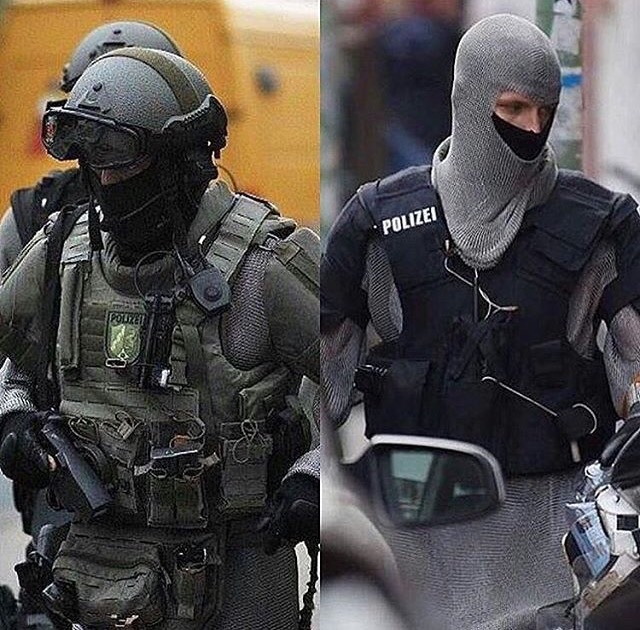 The reasons for it are horrible, but that armour is kinda cool.

Now I feel bad for saying that.

Only to tyrannical politicians who wish to force their will upon the people and create a government monopoly of force.

I want to see all the anti-gunners put their money where their mouth is. Come disarm all gun-owners. Oh, but you have to stick to your principles and can't use a gun to do so...

posted on Oct, 1 2016 @ 06:21 PM
link
No, lack of parenting, lack of role models, lack of education, lack of job opportunities... are all wildly more important than the object used to commit the crime.

Instead of worrying about what he or she may use to commit the crime we should be wondering about how to prevent them from getting into a position where they think committing said crime is a good idea.

Or the cops that so many distrust in their entirety.

Of course people are the problem, and not the guns. Hell, the "first murder" (according to the bible) was committed with a rock.

Yes, guns do make it easier to kill more people more quickly, but anyone hell-bent on committing mass murder will find some tool with which to do it, regardless if it's a gun or rat poison or whatever the case may be.

Honestly, I don't even understand why this is still debatable.

Because people want to have one easy obvious thing to blame. In this case it's that old reliable stand by: Guns, the evil, evil guns.

Rather than look into the problem a bit deeper, it's easier to find a scapegoat. Guns. That's it, essentially.

Yup. Plus, you know, they are scary and black and go bang-bang real loudly. Aren't we conditioned to think that all black things are scary?

Funny thing is, the one that is generally always on my hip (and is as I type this) has never hurt a human being in it's life, save for my dad's thumb knuckle when he held it wrong the first time that he fired it...slide beats skin nearly every time.

Added this to it, just recently.

I'm so ready for the Zombie Apocalypse.

There is nothing inherently scary about any gun. It's the guy behind it that is scary, or not.
edit on 10/1/2016 by seagull because: (no reason given)

posted on Oct, 1 2016 @ 08:43 PM
link
The government will first line up its legal mechanisms against the private ownership of guns.
The government needs to remove as much of the opposition as possible and gun confiscation is always on the road to genocide.

posted on Oct, 1 2016 @ 11:37 PM
link
Because of the leftist answer to all social ills is more gun control.a reply to: SlapMonkey