WW2 The Humorous side of it.

posted on Oct, 1 2016 @ 02:31 AM
link
Now I know there isn't anything funny about all the death and innocent lives lost in WW2 I lost family also in it so I'm not attempting to insult anyone here and such but after the thread yesterday I was thinking we British have it ingrained in us to make a bit of fun of the war (Certainly the older ones of us have) and you can see with our comedy.
Enjoy the few examples.

I wonder what the comedy would have been like if we had have lost like but after I had a chat with a German member here they do make fun of Hitler.
Anyhow any other ww2 funnies you would like to share I will add more as there is a lot.

posted on Oct, 1 2016 @ 03:26 AM
link
Lol yeah and the RAF had bullseye on their planes but I think the yanks in desert storm made us see the errors of our ways!

posted on Oct, 1 2016 @ 04:02 AM
link
They could not have done without it.
As a famous Punch cartoon of the previous war observed;
"Wot a life! No rest, no beer, no nuffin. It's only us keeping so cheerful as pulls us through!"

posted on Oct, 1 2016 @ 06:12 AM
link
I can't-I just can't. My uncles were extremely effected from WWII. So, it's fun to make jokes now and Bob Hope was great at trying to lighten up our troops-but what utter human tragedy-rewriting history to make light of the millions killed turns my stomach and yes, I do have a sense of humor but there is still a thing called bad taste.

And, Monty Pythton is one of my favorites-I have memorized so many of their scenes-but some things will never be funny-even with history.

With english subtitles.
It´s making fun of hitler and right wings, not the holocaust or anything related to that. The book was a bestseller for months in Germany.
edit on 1-10-2016 by verschickter because: (no reason given)

That was an awesome film.

Have you seen it? I didn´t know it was published/translated into other languages. 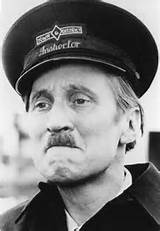 You forgot blakey from on the buses , our very own little Hitler

originally posted by: verschickter
Have you seen it? I didn´t know it was published/translated into other languages.

I watched it in German. I obviously could not follow all of it but my German is okay enough that I got a good portion of the story. The animal program was hysterical.

Really good film I think it's on Netflix,saw it a few weeks ago

posted on Oct, 1 2016 @ 09:43 AM
link
It certainly makes you think. For the others who do not know this movie, it´s about Hitler waking up in 2015, getting confronted with our "world". The last thing he remembers is going into hiding and then he wakes up in a park with his clothes. The part where he says "How beautiful" and throws away the cup.. There is a photograph of him and Eva Braun at this exact location.

It certainly makes you think. For the others who do not know this movie, it´s about Hitler waking up in 2015, getting confronted with our "world". The last thing he remembers is going into hiding and then he wakes up in a park with his clothes. The part where he says "How beautiful" and throws away the cup.. There is a photograph of him and Eva Braun at this exact location.

I like how everyone beleives he is an actor impersonating Hitler and they think their just humoring him.

If I remember right, the one who said that about democracy, was not an actor. The right wings are actually real right wings at a demonstration and the actor trolled them a bit. I don´t know under what circumstances they got their permission. The woman at the fast food truck recognized the actor and that´s why she was so happy. I saw some uncut footage and there it´s clear. But they were out to find idiots and they found them

posted on Oct, 1 2016 @ 12:28 PM
link
LULZ. both my grandparents fought in WW2 , one losing
a leg the other earning some brass. Further on my family fought
in WW1 and the Boer War. We fought for other people's interests,
lost a few tens of thousands of men, now are stuck in the middle
of a genocide, have been disarmed and no one will give us refuge. It's a real thigh slapper.
Doesn't make me in any way bitter towards my so called western brethren.

Hahaha, it's almost like the people that fought the hardest for their allies
through world wars and cold wars are now the most *%$#ed because of that
very defense and all our actions now being politically incorrect.

It's like a big cosmic joke, you just have to realise, in Africa, you're a big violent punchline.

Sorry if i'm being a bummer while close death still rages, "Don't mention the war"
edit on 1-10-2016 by DelegateZero88 because: (no reason given)