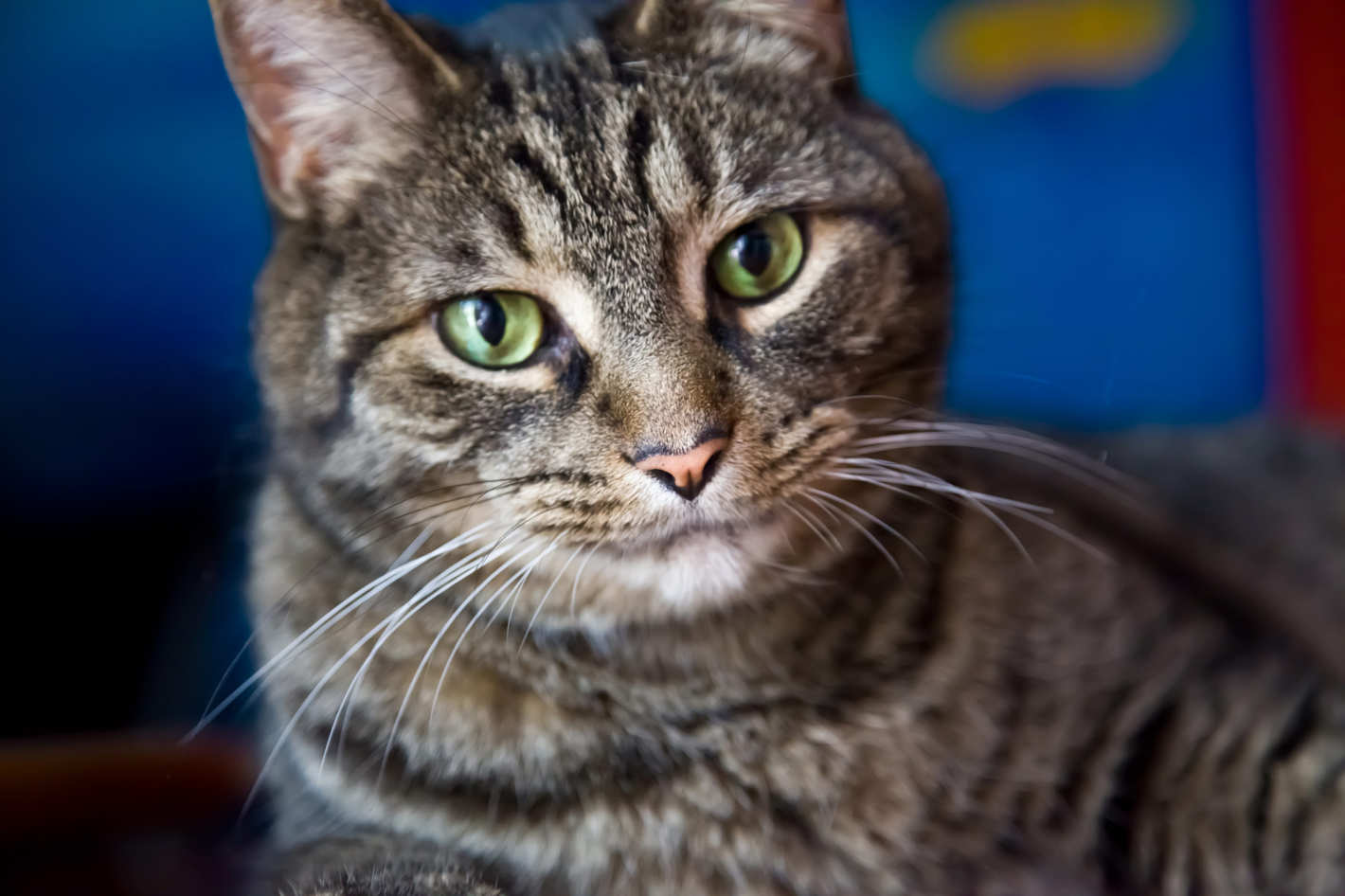 Nope. This is a very real thing, and he is actually registered with the FTC.

Apparently it started out as a joke....but looks like plenty of people are so sick of Hillary and Trump, they are looking into alternatives.

This is a real thing that is really happening. As the Washington Post reported today: “Limberbutt, a stern-faced tabby, professes belief in a fair tax code, a strong middle class, affordable health care and gay-cat marriage rights.”

Limberbutt McCubbins is running for president

Here is the Washington Post article on it too.

Now, before anyone says: Hey! You can't have a cat as POTUS, let us revisit the US Constitution and the rules it has for who may be President:

No Person except a natural born Citizen, or a Citizen of the United States, at the time of the Adoption of this Constitution, shall be eligible to the Office of President; neither shall any person be eligible to that Office who shall not have attained to the Age of thirty five Years, and been fourteen Years a Resident ...

McCubbins at 7 years of age, does meet the age requirements...as long as you count cat years. The only issue I'm seeing is the US Citizen part, as he has no way of really proving he's a US citizen.....no Social Security Number, state registered birth certificate.......

But, there may be ways around that. There have been other animals that have been elected into office (I kid you not!):

4 Animals That Ran For Mayor...and Won!


So......if you don't want Trump in office, or Hillary....or don't think Johnson and Stein have a snowball's chance in hell....and you're not sure if Giant Meteor is going to show up.......consider McCubbins. 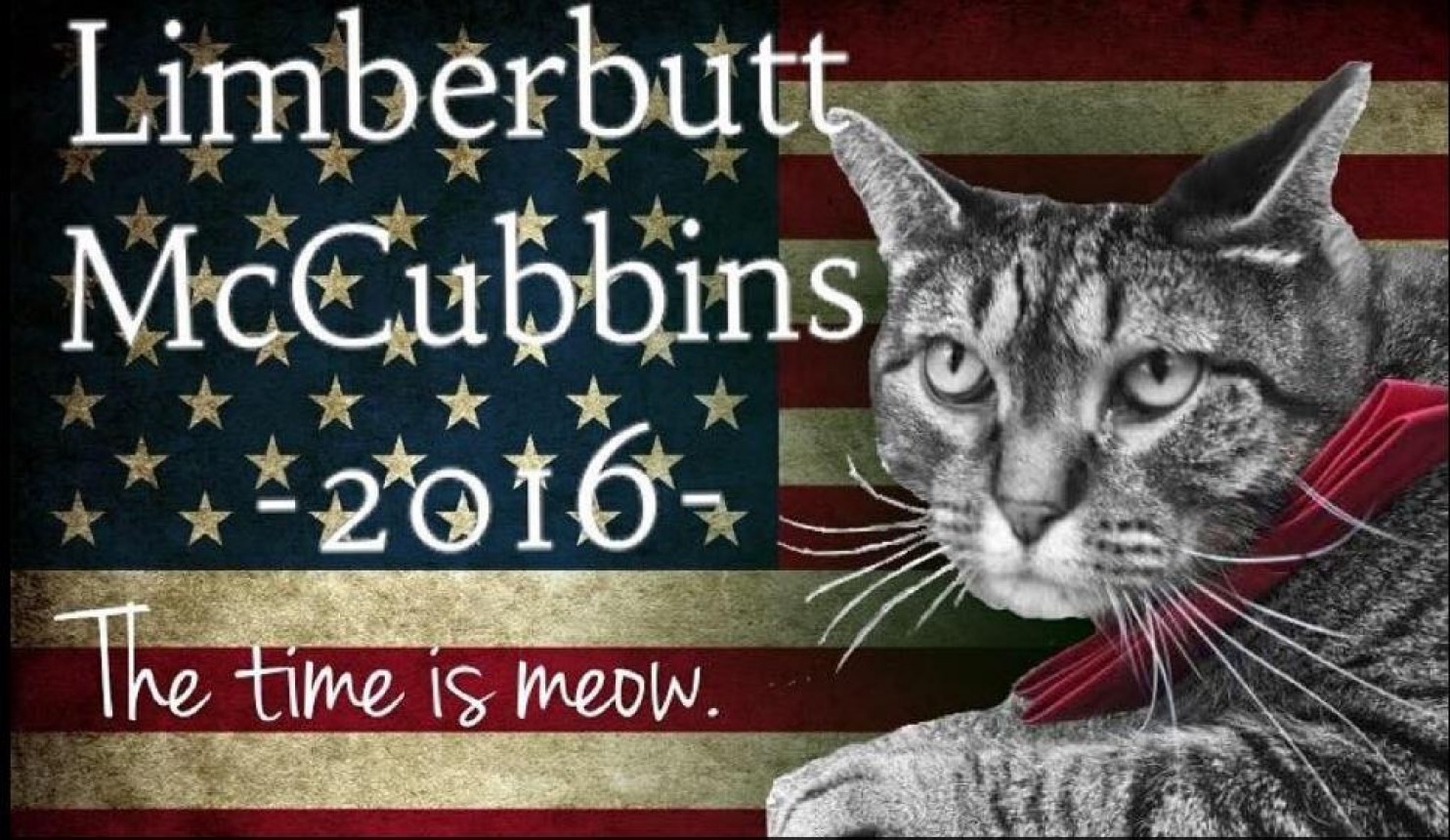 Think he'll pick my cat Spot as his running mate? 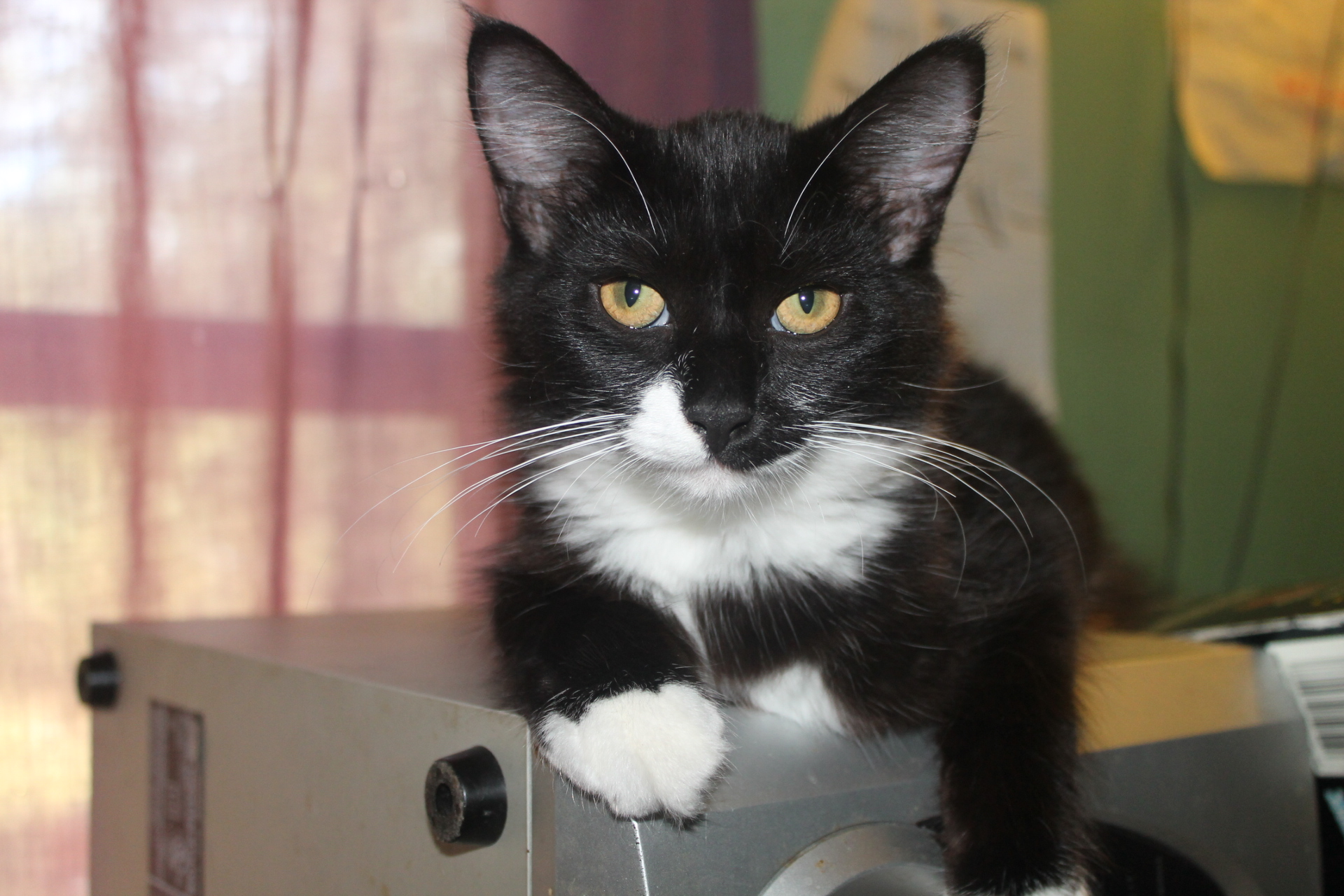 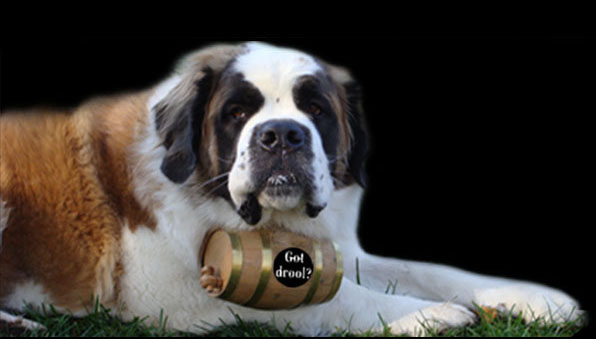 posted on Sep, 30 2016 @ 08:10 PM
link
First link is broken- but good read. Limberbutt is probably less of a dick than any other option running- and being a dick is a cats primary objective.

I fixed the link.

I'm hoping the Kool-Aid man will run.....and win. That way when he holds a press conference, he bursts through a wall yelling "OH YEAH!!!"

Now I have a viable Candidate !!

Continuing the research however. Ya never know what someone is capable of these days.

If he becomes a threat to other candidates, they will use every smear tactic to litter his good name.

And I feel the VP Candidate is the purrfect choice !!


Yup. He's already lost the support of the Audubon Society.


Yup. He's already lost the support of the Audubon Society.

He could be an indiscriminate murderer !!

Could be a smear campaign starting !!

Well that opens up a can of worms. Is he from Colorado, Washington or.....Canada?

originally posted by: intrepid
a reply to: scojak

Well that opens up a can of worms. Is he from Colorado, Washington or.....Canada?


Well if he's from Canada you know Trump will be all over another birther scandle
edit on 9/30/2016 by scojak because: (no reason given)

If he was, they would be accusing him of being a deep cover Trump operative !!

p.s. Julian Assange just got back to me and said he knows of no dirt on McCubbins' paws. But he recommends getting declawed before he debates Hillary in person.

I bet he has all that crap covered.

Finally a candidate I can get behind.

After the last debate...

Dude seems to have a really strong platform too:

FATMOUSE MAKES EVERYTHING A LOT BETTER. HE DOESN'T MAKE THINGS. HE MAKES THEM BETTER.

FATMOUSE WILL EAT DINNER ON YOUR GRANDMA'S LACE TABLECLOTH.

FATMOUSE CARES NOT ABOUT THE AFFAIRS OF SMALL MEN. FATMOUSE LIKES TO EAT.

FATMOUSE HAS NO PATIENCE BUT MUCH HUNGER.

FATMOUSE TAKES UMBRAGE AT THE SIGHT OF YOUR SMALL TORSO AND WEAK FLACCID LIMBS. FATMOUSE IS NEVER FOOLED BY IMITATORS.

FATMOUSE WILL SPEAK AND YOU WILL LISTEN. FATMOUSE LIKES TO EAT. FATMOUSE DOES NOT CARE FOR YOUR MONEY OR YOUR SOCIAL STATUS OR YOUR STUPID ORDERED LIVES. FATMOUSE CARES ONLY FOR YOUR CARBOHYDRATES. FATMOUSE MUST FEED.

I'm not sure there is any argument for that.

Well, he cats around, at least "that's what some people say..." Does he have a birth certificate? Private server? What does he think about Aleppo? Who is his favorite foreign leader?