10 months in jail for 87yo grandma who said Auschwitz was a labor camp. 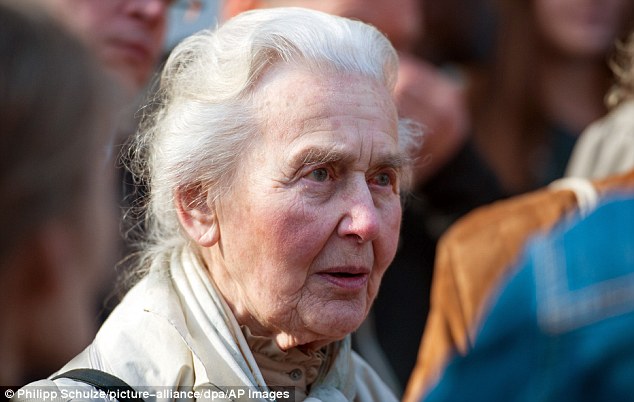 German grandmother, 87, is sentenced to ten months in jail for saying Auschwitz was 'just a labour camp'.

In the interview with the ARD network she claimed the death camp of Auschwitz in Nazi occupied Poland, where at least 1.1 million people were murdered, was 'nothing more than a labour camp.'


I find this to be quite sad.

To imprison such an elderly woman simply because of her statements or views...

If she was inciting, encouraging or calling for violence, I could understand imposing a penalty.

Understood that some people are going to be offended or upset by her views/statements but she's simply questioning or disagreeing with an aspect of history...

Kind of hypocritical that we in the West are imprisoning people for their statements and views while at the same time pointing our fingers at other "repressive regimes".

Also a bit ironic that it seems perfectly legal to say very disturbing things about another group (Moslems), some even calling for the entire extermination...

If she was inciting, encouraging or calling for violence, I could understand imposing some kind of penalty.

That's why she was imprisoned. It says it was for sedition. Here's the definition of sedition.

Well it happened in 2015 and the jail term was apparently suspended so...

Holocaust denial is illegal in Germany, and she's a vocal denier of it.

If she was 27 and said it, would you be ok with the sentence then ?

posted on Sep, 30 2016 @ 01:14 PM
link
Laws surrounding the Holocaust and especially denial is s serious crime in Germany. As to grandma:

Ursula Haverbeck, who is a friend of Gudrun Burwitz - elderly daughter of Nazi S.S. chief Heinrich Himmler - was sentenced in a court in Hamburg for sedition over an interview she gave to a TV station denying that Jews were murdered in extermination camps.

In the interview with the ARD network she claimed the death camp of Auschwitz in Nazi occupied Poland, where at least 1.1 million people were murdered, was 'nothing more than a labour camp.'

Haverbeck has been sentenced several times in the past for her trenchant views supporting the Nazis.

posted on Sep, 30 2016 @ 01:17 PM
link
Very sad! It is shameful that the judge and prosecuting attorney cant see that they are party to the same narrow mindedness.

She's free to think whatever she pleases. She hasn't been in trouble for what she thinks, but rather what she does about her thoughts.

She can think what she likes but giving an interview expressing those thoughts is illegal in Germany. I don't think we can imagine how the nation felt after ww2 the guilt by association learning what you have been participating in.....They never wanted Nazism in Germany again and while you may say freedom of speech etc Germany needed to do this.

This is a perfect example of why globalism must be stopped at all costs by Americans.

Leftist thought police are scum and should be shunned by the free world.

It must be a very broad definition as I cant understand how making a statement about history is the equivalent of trying to overthrow a government...


a reply to: Shamrock6

Seems that her 10 month jail sentence stands. I think you may be referring to previous decisions.

Judge Björn Jönsson struggled to maintain his temper with the elderly Nazi after she said she shouldn't be punished for the crime again as she had already been fined twice and given a suspended sentence for previous Holocaust denials.

As an American, I think its crazy that someone could be imprisoned for questioning an aspect of history.

In the US, we value our freedom of speech, even if that speech isnt politically correct.

No, I would still be disturbed by a nation imprisoning someone over their views, more so because its a Western nation.

I just find it more sad because she is so old.

Because it's illegal to deny the holocaust in Germany. It DOES cause riots and violence.

originally posted by: gladtobehere
It seems crazy to me as an American, for someone to be imprisoned for questioning an aspect of history.

We value our freedom of speech, even if that speech isnt politically correct.

There are almost 200 countries in the world and they have their own cultures and laws.

I just find it more sad because she is so old.

Granny shouldn't be continually spreading propaganda that is illegal then.

Seems that her 10 month jail sentence stands. I think you may be referring to previous decisions.

We don't get to project our American version of right and wrong on the rest of the world.

Phage man, couldnt you have copied and pasted the entire date from "my source"?

It was updated this month...

Which means that the article was written and published on 08:15 EST, 13 November 2015. The "update" time and date could have been a simple spelling correction.

after she opened her mouth, it can no longer be considered "thought"....look, I don't blame Germany a bit, one of histories worse genocides happened because of the rise of Hitler and Nazism.....

Seems you should do a little more research before posting. Not hard to find the date on the article, as DM doesn't hide them like some other sources.

She was just sentenced to eight months in jail for, shocking absolutely no one I'm sure, doing the exact same thing yet again. And still isn't in jail, as she's appealed the ruling.