I hate Reagan but if ha can start it Obama can stop it. Watch Trump stop Obamacare.

That's not how government works.

So now Trump supporters are proponents of EO's? You guys have whined and complained about Obummer and his use of them, but if Trump does it, it's all good?

I have whined that I want Obama to use more EOs alot of times.

Obama was supposed to be our guy. He is a generation xer, was a pot head in high school ,he seemed cool, and honest.

I was hoping for big things from him. But it is all just status quo.

I was 18 when Obummer was (s)elected to be president, and it was pretty clear from the start he was nothing more than a globalist shill and a bunch of other words I won't use.

I didn't expect anything and especially had no hopes regarding any "real," change under his presidency.

I fought tooth and nail (and wasted a great deal of time) attempting to tell people about Obummer, and after his election in specific things such as TPP and his drone program but most people stuck to "conspiracies," that Obummer was born in Kenya or that he's actually the Anti-Christ lol.

Obama seems like a decent person, but I don't know - he's also a mass murderer. I feel like I could actually sit down and speak with Obama rather than say Trump or Clinton but that's irrelevant.

What you said is exactly what Trump supporters say about Trump.

"He's gonna shake things up! He's not bought and paid for! He's a Washington outsider!," and despite the OVERWHELMING evidence that shows the connections between "the establishment," and Trump his die-hard cult following still defiles, deflects, and denies anything negative that anyone has to say about him.

I've never seen such an insecure and immature demograph of people in my life. The Bundites sure came close, but that's for another thread.

How'd that work out?
Why would anyone in the right mind want more of that?

That's why. And people don't think they're being played. It's madness.

Where does the Buck stop? 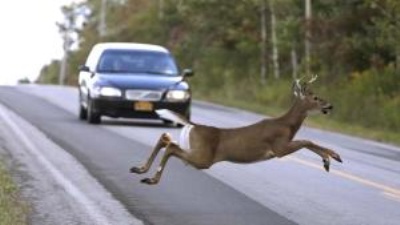 Can we not turn this thread into a Trump and/or Clinton thread please?

Can we not turn this thread into a Trump and/or Clinton thread please?

It's ATS. Does any thread not get turned into that these days?

and here I am...stuck in the middle..... I like Stealers Wheel too.

Civil asset forfeiture is a major problem nationwide. This is definitely good news and hopefully the sort of story we'll see reported in other states like Texas and Pennsylvania where tens of millions of dollars in cash and property are seized every year in what oftens boils down to not much more than highway robbery perpetrated by people with badges.

This country is effing crazy, now we need a law to overturn a law that is unconstitutional. Why not just simply enforce the freaking constitution you corrupt bastards!

The 5th amendment "No person shall be held to answer for a capital, or otherwise infamous crime, unless on a presentment or indictment of a grand jury, except in cases arising in the land or naval forces, or in the militia, when in actual service in time of war or public danger; nor shall any person be subject for the same offense to be twice put in jeopardy of life or limb; nor shall be compelled in any criminal case to be a witness against himself, nor be deprived of life, liberty, or property, without due process of law; nor shall private property be taken for public use, without just compensation.

Right there clear as crystal. Without a conviction from due process(trial) any person being deprived of property by any govt. in the US is having their 5th amendment right violated.

But tyranny is tyranny. Its like a hole....no matter how big of a hole you dig, the quanta is still 1. A hole is a hole.

Where does the Buck stop?

At the processor's, where he becomes transfigured into tasty stew meat, minute steaks and sausage.

Agreed. These laws are DEFINITELY unconstitutional and it is very alarming that the police fight SO hard to keep these laws on the books. We need a SCOTUS ruling on them to strike them down across the country. Too bad the SCOTUS really isn't in a position to make decisions right now being a man down...

originally posted by: Krazysh0t
California Just Made It Harder For Cops To Take Cash From Innocent People

Civil asset forfeiture laws in CA are taking a BIG hit. A new bill just signed into law will close a loophole that allowed the police to circumvent state asset forfeiture restrictions for state arrests by coupling the investigation as a federal investigation. It also raises the amount of cash on hand that most be proven to be criminal in nature before being permanently seized.

California Gov. Jerry Brown (D) on Thursday signed a bill into law scaling back a controversial practice that allows police in the state to permanently seize people’s cash and property without obtaining a conviction or even charging someone with a crime.

Law enforcement agencies in California and around the nation have come under fire for using a process known as civil asset forfeiture to pad their budgets on the backs of innocent civilians they suspect of being involved in criminal activity. Taking advantage of lax standards in civil proceedings, police routinely strip owners of their property and funnel the proceeds into department coffers.

Authorities typically don’t have to provide evidence of the alleged wrongdoing. In many cases, owners are forced to fight costly legal battles to prove their innocence and reclaim their property, thereby inverting the American legal principle of “innocent until proven guilty.”

Existing California law had limited this process, requiring authorities in most state cases to convict a defendant before proceeding with civil asset forfeiture. But California cops were able to circumvent state law thanks to a federal program known as equitable sharing. By collaborating with federal authorities, state agencies made their seizures subject to more lenient federal statutes, while also giving themselves a larger portion of the resulting funds. This practice brought hundreds of millions of dollars in revenue to California law enforcement between 2000 and 2013.

The new law, SB 443, closes this loophole. Beginning Jan. 1, 2017, police departments in California will be largely prohibited from transferring seized property to federal agencies in order to sidestep state conviction requirements. The legislation forbids the transfer of property, like vehicles and homes, and specifically raises the threshold on cash seizures, requiring the government to obtain a conviction before permanently confiscating any amount under $40,000. (The previous cap was $25,000.) For larger cash seizures, authorities must provide “clear and convincing” evidence of a connection to criminal activity before taking the money for good.

This is good news in my book. Civil asset forfeitures are freedom striping artifacts from the "Tough on Crime" days of the Reagan years up through Clinton's Presidency in the 90's, and it is about time that states are starting to get rid of this #. It isn't fair that the police can decide that your money is criminal in nature without any evidence to show that and steal it (because let's be real here, civil asset forfeiture is just bureaucracy talk for stealing) from you. The ease of abuse is high with these laws and it shows when time after time we hear stories of innocent people getting their stuff stolen. We've talked about a few of these cases here on ATS.

But in case you are unaware of what I'm talking about here are a few cases I just pulled off of Google:
Law Commentary For 8 Years, This Couple Has Been Fighting the Government to Get Back Their Seized Property
Woman sues Albuquerque for seizing car despite ban on civil asset forfeiture
Opinion: Guilty until proven innocent
Police seized $171 from a N.J. man. It'll cost him $175 to get it back.
Arkansas Trooper Steals $20,000, Because Nobody Innocent Carries That Much Cash

And here's the WORST story I've heard about this:
How police took $53,000 from a Christian band, an orphanage and a church
Yes you are reading the title of that article correctly. If you want something to get your blood boiling, click on that link.

I totally disagree the claim that 40 K$ is better than 25K$. The stipulation is they MUST prove criminality.
What happen to the guy whose 5K$ is ceased. the cops can run their scam and transfer it to the feds.

If the police on behalf of the state cease more than $500 bucks there must be, at least should be a finding of guilty on a criminal charges. THINK about it.

I'm not saying its perfect. It's certainly still open for abuse. I'm just glad that its an improvement. I mean it's a fine balance. The idea of asset forfeiture is GOOD in principle since fighting some of these large, criminal organizations in court can be near impossible with their resources, but we also must have controls on it so that good people don't get swept up in the mix.

Hopefully CA keeps looking at these laws and updating them as problems arise. Though what we really need is for the federal government to step in and put national controls on this behavior. I'd still really like them to just be struck off the books. There has to be a better way to go about this then just stealing people's money.
edit on 13-10-2016 by Krazysh0t because: (no reason given)