Three aircraft flying close together in a row - ideas?

posted on Sep, 30 2016 @ 12:11 AM
link
I don't know what these were, not saying they were extraterrestrial by any means, but curious what kind of aircraft would be flying in this formation and in this manner (?).

Context - I live in Maple Valley, WA. I was walking my dog the other night and I almost always look up at the sky when I take him for a stroll. Usually I don't see much besides commercial airplanes flying north and south a bit further west either landing at Sea-Tac airport or flying to and from smaller private airports in the area. But this night (Tuesday, 9/27 at exactly 8:12PM PT), I saw three aircraft, that appeared to be wing shaped, flying a lot lower than other aircraft around here do, directly over my house and completely silent. They each had flashing white lights on their wings and a single red light on the fuselage area. If I had to guess I'd say they were over 300 feet but definitely under 1,000 ft in the air. They were headed west to due east toward the Cascade foothills.

At first I was stunned, mostly because while they kind of sort of looked like they might be a plane of some kind there was definitely something off about them, they were way slower and way lower and way quieter than I'd ever seen an aircraft that was common fly, and there were three of them less than 100 feet apart flying in a straight line. After a couple of seconds I managed to take a few pics with my iPhone but (of course) they are less than stellar, even though I was trying to be pretty calm and all. I tracked them until they flew beyond the treeline in my neighborhood.

I ask those of you more informed than I am - what were these things? Military? Commercial? Private? Thanks in advance! 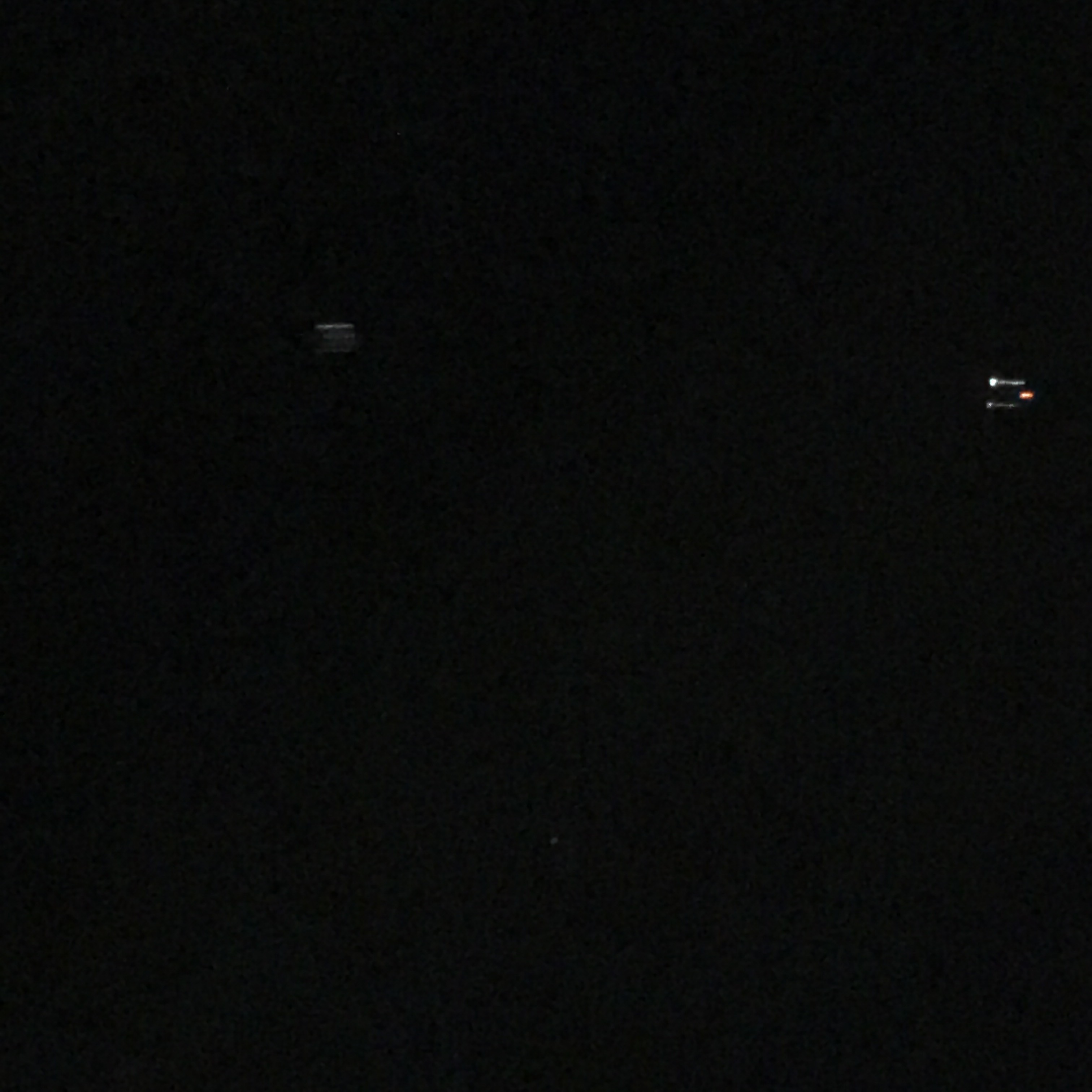 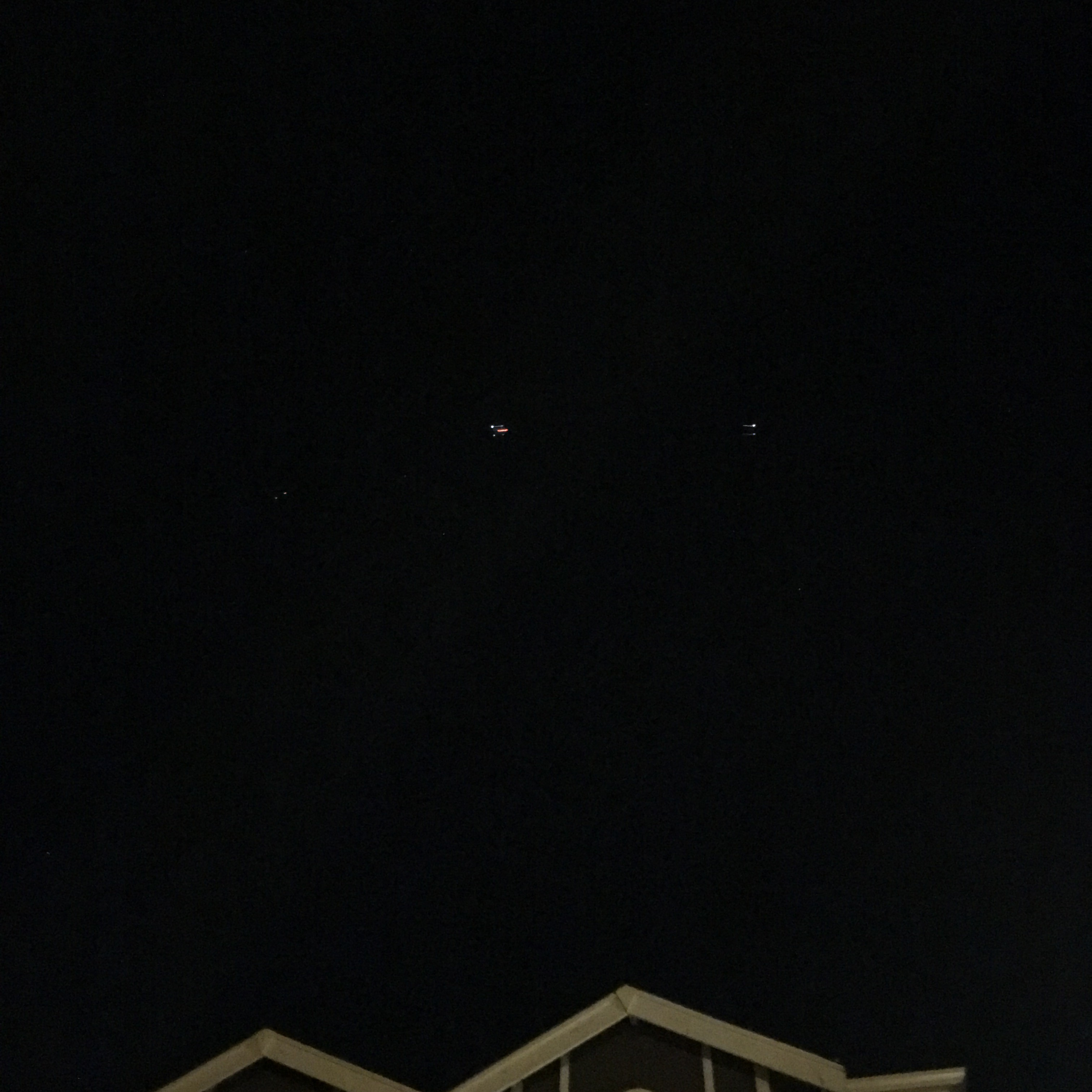 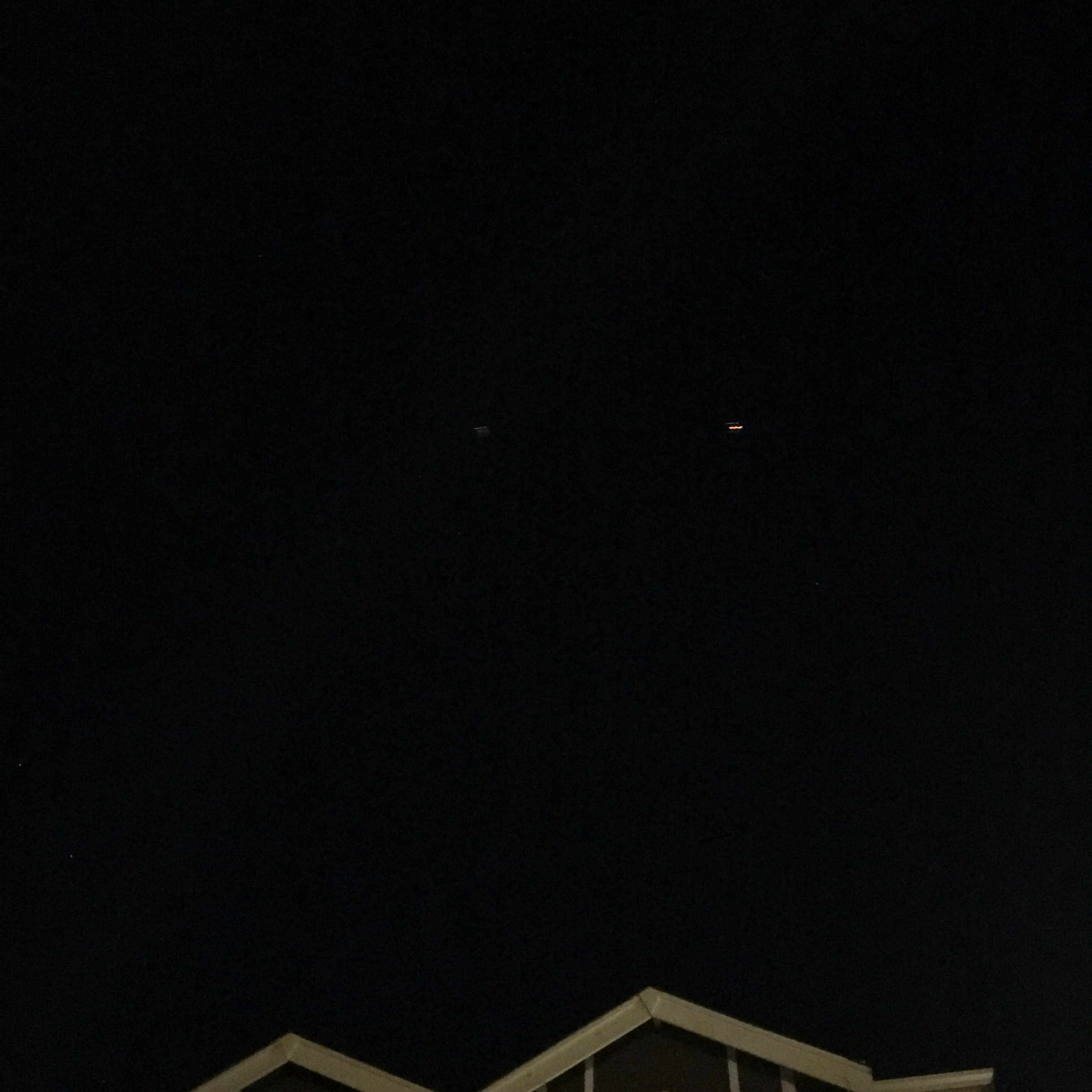 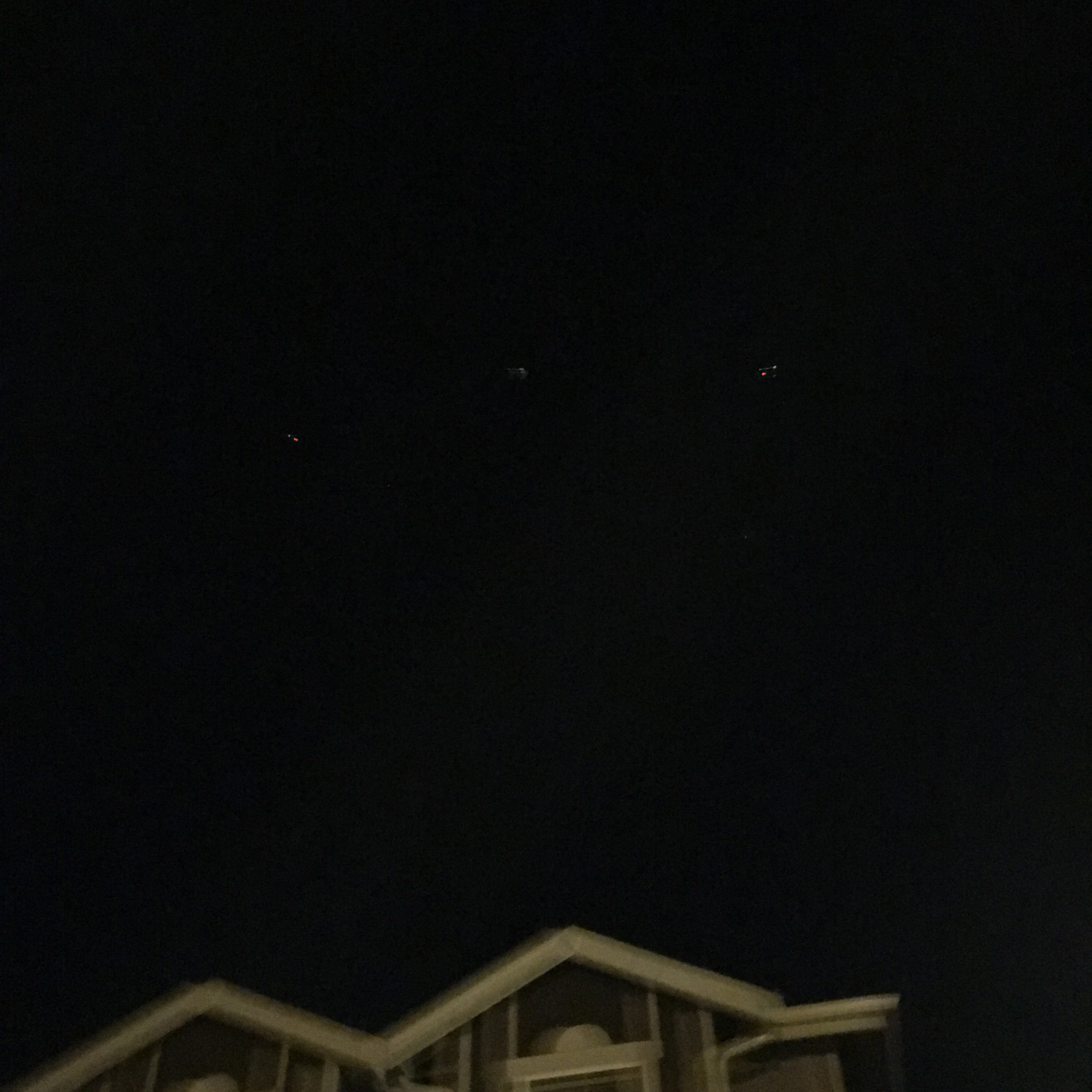 Thanks for the anecdote. No idea what you saw, but I'm curious and hope you get some answers in the thread. And as always, the camera phone fails again. Not your fault just seems to be the case in all these cases where something unusual is observed in the sky particularly, at night.

PS I'm rolling with some military planes that are undentifiable. Not that it is, but it seems you suspect this as well.

posted on Sep, 30 2016 @ 12:31 AM
link
One could be a tanker with director lights on. Though its hard to tell from a still photo because direction of flight matters.

Being in Washington probably a KC-46 with one receiver and one chase aircraft.

When they come together, they form a triangle of three white lights with a slow red flasher in the middle. They are almost always silent and slow moving.


Since we have self-driving cars among our midst today, is it any stretch
to accept that similar capabilities has been applied to secret craft allowing them to move virtually nose-to-tail?

In your instance, don't think of them as being legitimate aircraft needing the vagaries of the atmosphere and a crude power supply to maintain position. From you description, they seem to be of that particular kind of craft that goes wanting for a discussion in aviation circles.

We know that commercial jets can virtually fly and even land by themselves. There is much talk today of pilotless fighters looming on the horizon, but more than likely that aspect of military hardware is already proven and here as evidenced by drones. They, of course, have remote pilots. But since computers can do hundreds of "thinking" things at once, they far outweight the abilities of the best pilots and are far more expendable.

posted on Sep, 30 2016 @ 11:21 AM
link
I concur with Zaph. Most likely a KC-46 with chase and receiver. Atmospheric conditions at the time might explain the lack of a lot of noise and being just East of Boeing field put you under the flight path of the KC's going East for testing.

If it wasn't the a KC it was probably a private trio. There are several small municipal and private airfields to the West of your location.

In fact, about the only non-helo military aircraft that would fly in a single file convoy at 1000 ft is the C-130.
To OP, did you hear the engines and were they turbo-props?

Unless they are using a flight tracking software or something that gave their height, I have yet to find anyone that can accurately judge altitude from the ground. I've been watching planes go overhead and the only way I can even get in the right ballpark, after watching planes go over for almost 40 years, on altitude is when they're laying a contrail.

Judging by the photo in the OP, I don't think they were hooked. Just the-46, being followed by the T-38 chase and maybe the F-18 received they have at Boeing. It is about right altitude given how close the author is to Boeing field and how busy the airspace is around here though.