re-appropriating 'offensive' stereotypes is the key to ending 'racism'

Article source:
"US band The Slants sues so it can trademark 'offensive' name"

I just saw this, and, as a second-generation American (my mother's parents were legal immigrants from Mexico--Trump 2016), I feel like it's really important to bring this up, especially in light of the recent spate of racial tensions around the country as of late. (Just a quick aside on that--Black Lives Matters, while I get it and while I agree and empathize with the overall message--it is obviously misguided and will end up doing literally the exact opposite thing that idealists want it to. I assume that there are some people here who disagree with my views on Black Lives Matters--I have spoken personally with activists (and am friends with them)--I reserve my right to my opinion.) What I'm trying to say, is, instead parroting various platitudes, why don't we try something that's do-able?

Race is a societal construct, after all, and it has no basis in reality. So it all comes down to culture telling us how to treat one another. Every different place has a different culture. We can change our culture if we take personal responsibility to be that change, ourselves.

So, just a moment ago, I see this perfect example in the form of the band, The Slants:

The Portland, Oregon "dance-rock" band, which is made up entirely of Asian-Americans, claimed that they chose the name to take back the racial epithet. A lawyer for bandleader Simon Tam argued that his client "was following in the long tradition of 'reappropriation,' in which members of minority groups have reclaimed terms that were once directed at them as insults and turned them outward as badges of pride."

Like you [presumably], I've never heard of them until now. Apparently, their case has made it all the way to the Supreme Court, so that's a big deal. Anyway, the members of the group talk about re-appropriating Obama's teleprompter is right on one thing:we need to break stereotypes--because they're honestly meaningless. However, instead of crying about safe-spaces and being all stupid and 'PC', this awesome band, The Slants, has decided to make a very direct case against the very heart of what we, as a society, deem to be 'offensive'.

The Slant's sentiments really resonate with me. So I felt the need to share this with you, good people of ATS. Race isn't a biological fact--it's a cultural myth. We need to wake up about that. People are just people. Skin color doesn't mean anything about character. Nobody is exactly the same shade of color as anybody else, either, if you think about it. So it's just how we think we have to treat one another. Why can't we all just love one another?

Now, I don't think it bears much weight, but the article insists on drudging up the very muddy issue of the Redskins and Native Indian pride and that whole Supreme Court case. Having looked into this case, in depth, myself, I believe that this portrayal of a literally red-skinned, romanticized, Hollywood 'Indian'--is not appropriate because it is so adverse to actual fact. If the Redskins perhaps decided to make a new mascot, with the help of input from Tribal leaders, then maybe a new precedent could be set. Remembering history is never a bad thing, after all. That's just my opinion on that, though. And I don't really think that the two have much to do with one another, so I kind-of disagree with how the article says that they're comparable.

So, with that, I will leave you to your musings. I can't wait.

The Slants band sound like they are doing a good thing.

You do a little better decsribing the naming of sports teams, though.

Sorry we can't agree, politically. But, as you can see, I am no ideological nut, either way. I just go with what sounds closest to the truth--politics are a farce, after all. Two wings of the same bird and all of that

Race is a societal construct. It has no biological basis.

Brazil, for instance, identifies over 500 different races. People, there, are racially fluid and assume a new race according to life achievements. I am familiar with anthropology, so I'm interested as to your reasoning behind why you'd say that I'm incorrect.

No matter what your background is, there are different races.

I don;t need you to agree with me politially.

Ending racism? What a joke? Might as well try to end science or religion or ....

No, there's no biological basis for race. There's no difference in us, besides melanin. Do some research
And, reldra, I say that political correctness and safe spaces are stupid because they only serve to PERPETUATE the negative stereotypes, in the end. You know what I mean? Think about it.

Nah, apparently not that nutty, since the Supreme Court is paying heed. I'm well-read. I encourage you to go and look it up in an actual book from an accredited source.

Go find me proof race has a biological basis.

I'm being overly optimistic. You're totally right. People are evil and always find new ways to hate each other, so it doesn't even really matter lol
And that's my point. Since it's been a hot topic lately. People need to actually fix the 'problem' or shut up and move on. At least work to fix it, even if it's impossible.

And it's not impossible to change culture. It starts with dissemination of information in the hopes of getting the truth out there.
edit on 30-9-2016 by rukia because: (no reason given)

That may be because the racial epithet it's related to hasn't been en-vogue for a while.

At least you know where you stand.
I always say you only need to eliminate one race to end racism.

I'm slightly afraid to ask you what you mean by that.

You should be.
The human race.
Greggers gets a cookie.

Awesome. I'm glad someone is taking a stance on this in the right direction. So many labels are tossed out and whatever adjective associated with that label is applied to the person or individuals of the group even if there is no basis to the claim.

Take your stance on BLM for example. It doesn't take much research to find that most of these folks are not the degenerative hoodlums that the MSM wants you to believe that they are even though that element certainly has a place in their organization.

We are people. We have our very own special culture that may or may not stem from heritage or upbringing. Folks need to view each person as an individual and judge them on those terms.

Being offended happens. It's not restricted to a label. It's an individual emotion and EVERYONE has felt it in some form in their lives. Unless certain lines and laws are crossed you need to get over it and on with your life. To let someone have that much control over your emotions is fruitless (not directed at you OP).

originally posted by: randyvs
a reply to: rukia

You should be.
The human race.
Greggers gets a cookie.


I'll eat it when my blood sugar gets low.

It takes the piss. They should be able to trademark the name and it's nobody's business. Corporate America and trademark adjudicators shouldn't have a say in these matters.

Butthole Surfers, The Slits, Gaye Bikers on Acid - these could offend gay people and women. Niggaz With Attitude?? These guys switched to NWA to be more store-friendly. Bands should always have the ability to give themselves 'edgy' names.

Then again, is it a N. American word because I've never seen or heard of it before. What they've done is add a racial context to a neutral word for the rest of us. Kinda like amplifying the pejorative! Well done guys.

They're young enough to believe they'll change the world. Have they heard of John Lennon or Bob Marley? They sold a few million idealistic anthems and we're still at war and haven't given peace a chance. 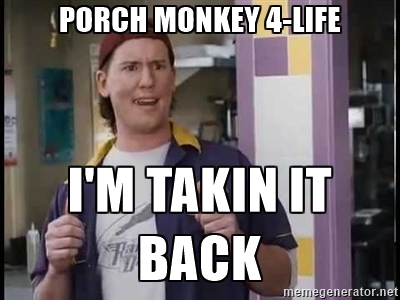