posted on Sep, 29 2016 @ 03:05 PM
link
I have recently been exploring alternative religions and spiritual practices. My last podcast featured an exploration into the religion of Satanism. I decided to seek out an "Occultist" to delve into the practice, and what it really means. There is a large group of people that believe there is a global Satanic/Occult conspiracy that goes even deeper than the New World Order. I decided it would be interesting to get the opinion of an actual practitioner, to see what his thoughts were on this topic.

What do you think? Is there a nefarious Satanic/Occultist global conspiracy? 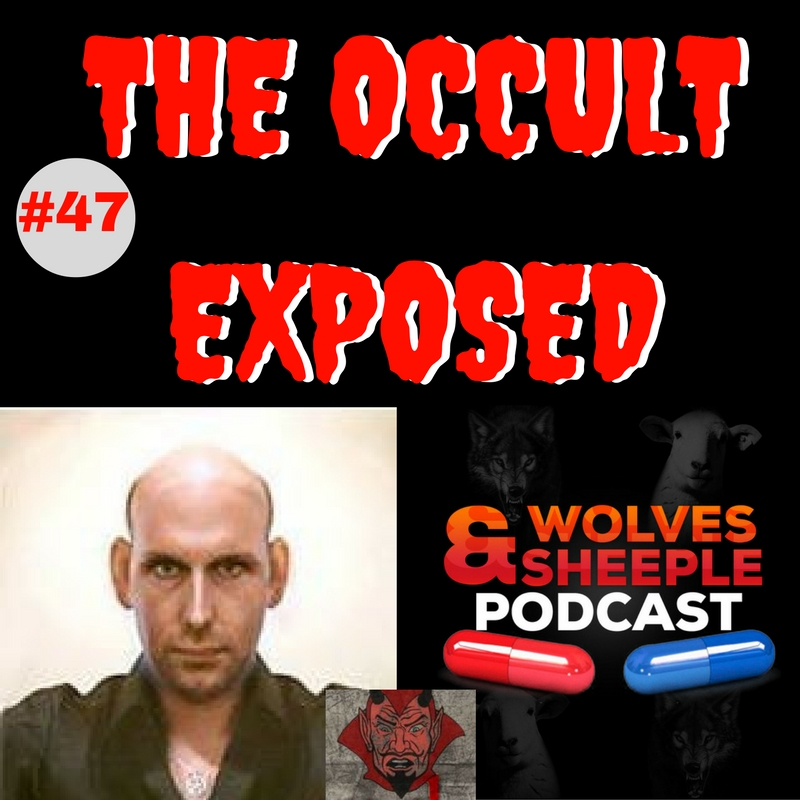 **DISCLAIMER**
I am not an Occultist. I am not a Satanist. I am an agnostic atheist, and I respect all points of view. This is strictly for intellectual exploration in the pursuit of understanding.

Oh dear, you still do not get it. Pizza rules the world, not Satan.

posted on Sep, 29 2016 @ 06:15 PM
link
i believe consciousness reigns supreme, and its what us 7 billion people think about that comes alive, everything exists at an unseen unconscious level, a tip in your biology could open up a whole new world, sightings of paranormal phenomenon is heightened in stressful individuals, "guard your thoughts they are more powerful than you could ever know"
just a few tired statements....


Pizza is the perfect food.
The topping varieties are nearly endless
as are the mysteries imbued.

The circle we cut rather than tear
and in a circle do we share.

posted on Sep, 29 2016 @ 08:42 PM
link
The older I get some of the things I was brought up to believe wasn't true and I was fine with that,till I started experiancing things that cannot be described,now I always try to read both sides of subject and try to deduce what the real truth is,so the old saying that the truth is stranger then fiction,I think it may apply more then we want to know

posted on Sep, 29 2016 @ 08:42 PM
link
The older I get some of the things I was brought up to believe wasn't true and I was fine with that,till I started experiancing things that cannot be described,now I always try to read both sides of subject and try to deduce what the real truth is,so the old saying that the truth is stranger then fiction,I think it may apply more then we want to know

We heard you the first time.

posted on Sep, 29 2016 @ 10:16 PM
link
I believe it's fewer than what is claimed all around while pockets exist. Any belief system, from religion to the Occult is open for abuse not always because of what it is but because of ill intent from people such as twisting and turning it into what it's not supposed to be used for.

Care to explore this further ?

No no no Caffeine rules the world, with out it, most people can't function Io Caffeina mahook mahook

Very curious about two things: a) one is what you found out from your Occultist ( and what persuasion?) and B) what you, personally, think about what was said, or reveled?

I did an hour long show with this gentleman, and we are scheduled for part two. I mostly wanted to dispel the Occultist conspiracy. A couple shows back I had a couple of spokespersons from The Satanic Temple on the show. It was pretty interesting.

I would suggest listening to it. I feel we covered quite a bit of ground.

I learned that it is just like any other religion for the most part. It is all based on faith of the unknown. It was interesting, and I am grateful to have been able to discuss it with him.

I am doing part two tomorrow and the show will air next week. This time we are going to discuss Wicca.

Thanks for posting your interview - I'll play it after posting - and one question: is that a pic of the interviewee or a pic of yourself? Thanks again.

What do you think? Is there a nefarious Satanic/Occultist global conspiracy?


Sure there is. If you take Satanic to mean Atheist, albeit, occulted sometimes by hypocrisy; and if you take the three types of magic, as described in the interview, as the kind of thinking one can get through self-help/empowerment books and seminars, then yes.

When the big people meet in summits like Group of 8 or Munich Security Conference to hear plans sponsored by multi-billion dollar foundations with their think tank wizards, they are performing the rituals by meeting. The meeting of peers (the powerful, self assured, entitled), is the ritual.

Then the insiders go to something like the 2005 World Summit and push through a pre packaged doctrine like "The Responsibility To Protect" and the stage is set for actual real World scenarios like bombing Libya after encouraging sedition and arming dissidents. Then going on to repeat in Syria. Only the Syria plan seems bogged down because many horses have been changed mid-stream.

From magical thinking big-shots with a "vision" to real World consequences. Actual people on the ground though aren't all clued in on the "vision" and some are opposed to it, and then things get real ugly real quick.

The source of the term is a quotation in an October 17, 2004, The New York Times Magazine article by writer Ron Suskind, "Faith, Certainty and the Presidency of George W. Bush," quoting an unnamed aide to George W. Bush (later attributed to Karl Rove):


The aide said that guys like me were "in what we call the reality-based community," which he defined as people who "believe that solutions emerge from your judicious study of discernible reality." ... "That's not the way the world really works anymore," he continued. "We're an empire now, and when we act, we create our own reality. And while you're studying that reality—judiciously, as you will—we'll act again, creating other new realities, which you can study too, and that's how things will sort out. We're history's actors…and you, all of you, will be left to just study what we do."

It's a picture of my guest. I am still too paranoid to reveal my face. I am sure that I will at some point, but I cover a lot of sensitive and controversial subject matter, so I want to make sure that my property is a bit more secure and I get a few more firearms before I do it.

I did an hour long show with this gentleman, and we are scheduled for part two. I mostly wanted to dispel the Occultist conspiracy. A couple shows back I had a couple of spokespersons from The Satanic Temple on the show. It was pretty interesting.

Wondering if you can bring on a Theistic Satanist as it would starkly contrast with the Satanic Temple, but also bring the other side of this into the light for your listeners.

I would be open to that for sure. If you know anyone that would be interested, please let me know.

I am open to hosting anyone that has an interesting belief system.

In all honestly while I respect the various Satanic groups rights to be, they often tend to be light weights in the occult world