I'm sure the US govt is just shivering in their collective boots wondering just what the hell they're going to do next...

"Oh, noes", they say, to each other while sipping mai tais on the veranda, "those big and bad children, sub-adults, of Anonymouse are after us...whatever shall we do, whereever shall we hide...oh, noes."

Staring about themselves in a blind panic, they suddenly remember that Anonymous doesn't actually do anything...they laugh.

originally posted by: Hazardous1408
I've kind of lost interest in Anonymous until they follow up on Operation: DeathEaters.

originally posted by: NthOther
Wankers, the lot of them.

Wake me up when these jackasses actually do something, or at least tell us something we don't already know.

What a joke. It's like a 10th grader just saw America: Freedom to Fascism for the first time and is running to tell all his pimply-faced buddies about it in the hopes it'll make him look cool.

Their repition are here to incite anger and revolt in your mind to the point where YOU "do something". YOU are the one that has to take action and destroy the sham that pretends to be democracy today.
Not Anonymous. They only serve to kindle the flame. YOU be the fire. It only takes one stone.

originally posted by: AboveBoard
a reply to: ypperst

Chaos makers who want it all to burn down for their personal idealism are dangerous. (History is your best teacher there).

Who gets to lead in the aftermath? Anarchy is naive and will soon end in warlords and the deaths of a multitude of innocents. What is their plan?

I hope they know what they are getting into and if they act, there will no doubt be a reaction they are not in control of coming back at them. I hope they choose to work for good in a non-destructive way, instead.


I quoted you only to show this is the way most think reason why people still feel as though they should vote for trumptard or killary. Neither deserving to lead us. Both offering promises which are completely empty.. just like the ones before them.

We have a choice.. there is no middle ground. People are too scared of their government and other people once unrest begins. They are scared to demand their freedom and aren't willing to give their life for such.

We have Anarchy or Tyranny.

"Today, we need a nation of Minutemen, citizens who are not only prepared to take arms, but who regard the preservation of freedom as the basic purpose of their daily life and who are willing to consciously work and sacrifice for that freedom" --John F. Kennedy

I can actually think of many ways to protest peacefully and hopefully begin a peaceful revolution.

6 Days leading up to the election:

Let me guess, spooky narrative, robotic voice and repetetive gestures of a figure in a Guy Fawkes Mask, and not presenting one single potential solution for how to solve these super-duper scary WW3-like problems, amiright?


Well, you're right in one respect, the melodrama!

As for WW3, that's for the video the same channel put out last weekend...as below,

Doesn't seem to make much sense, Anonymous taking on the US in the OP, while WW3 proceeds elsewhere you might think.
Don't they know there'll be no WW3 show without Punch...AKA the US.

Heres a thought! To have a Youtube Channel...one needs an account and an email right? So who has this ownership? Whats their name on the account and user-email registered for it?

Get that, and we can all go to their house and find out who it is. At last. Finally! I always was wondering who maintains their "official" channel-site!

I don't think they would use their real name and address..

posted on Sep, 29 2016 @ 04:03 PM
link
I hope that one day we find out the truth, and that Anonymous turn out to be a tulpa co-willed into existence by the collective efforts of David Icke and Alex Jones.

originally posted by: NthOther
Wankers, the lot of them.

Wake me up when these jackasses actually do something, or at least tell us something we don't already know.

What a joke. It's like a 10th grader just saw America: Freedom to Fascism for the first time and is running to tell all his pimply-faced buddies about it in the hopes it'll make him look cool.


Yep what this guys said.

Please let me know when Anon actually does something.

With fingers like Icke's? He has terrible arthiritis n his fingers, so I don't think he has the function to hack.

Unless he is faking it, which is one hell of a conspiracy, in fact I believe David Icke himself would be proud of it.

Fingers are the first things to go for hackers.

Icke was knocking out shellcode before computers were invented.

At times it looks as a cry for attention mostly.

What revolution and in what directions? Greed, materialism and satisfactions are the rulers of the human minds, souls and their so called societies, no matter the philosophies.

Get rid of those first, then let’s talk!

To hell with this CIA counter-intelligent “revolutionary wannabe group”!

It does give a solution, putting government back in its place, where it was constitutionally supposed to be, and tearing it down from where it has grown in to an over-sized, unsustainable beast.

It uses a couple other videos at the end, other famous people who have warned us, and told us what we needed to be vigilant to avoid.

It is nothing new for those of us who have been around for a while, who see what is going on. But for the new comers to the whole scene, it should serve as an eye-opening line of thinking.

I agree with the video. Time to put government back in it's place. 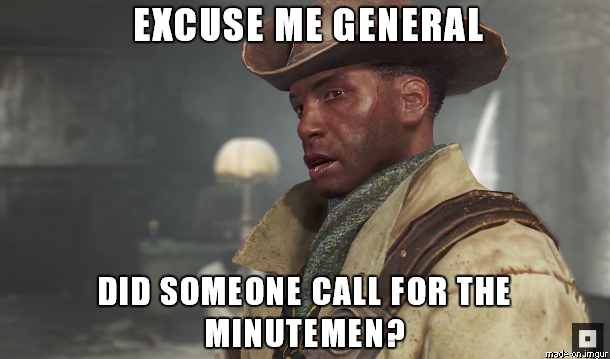 Anonymous is making us watch 5-6 series of Ads during their 11-minute propoganda, fear-mongering video? This is absolutely the fakest sh!t I've seen since Blair Witch Project (1)

Of course not...but the whole thing about "proof" is an oxymoron. "Prove" that a site is "really" 'the" site that is the one that is "anonymous" (unknown)....

So prove a site is the site that isnt known to be anyone for sure because its anonymous.....nutz!

So...believe? No way to know who's who, whats what, whats real or not real..in fact...trying to PROVE it really IS not-known! (Anonymous)

Let us say for the moment that they really did reveal corruption within the DNC, and how members of the DNC colluded with Hillary to make sure Bernie did not get the nomination, which basically violated the trust that Democratic voters put into those people to be completely objective and give each person trying to get the nomination a fair shake, and list to their voter base.

What was the result of that reveal?

Did the democratic voters rise up in anger against their own party? Did they storm the DNC and demand that action be taken to completely remove those that violated that trust? Did they in fact use that information to make things better, and fully support a candidate that had been basically violated by party, because they were in Hillary's pocket?

No. No they did not. They didn't do anything.

Instead, Bernie rolled over and endorsed Hillary, and other than some grumbles, the voters toed the line.

So......imagine if you will, that these guys use their hacking skills to reveal some huge secret, like say that the Russians really are fiddling with our election system.....or that the system is completely rigged (with hard core evidence that no one can deny at all) to get Hillary or Trump into office.

Do any of you honestly think that the American public is going to jump up, grab their pitchforks, torches and guns and head to DC?

Nope. They'll just go out, have that McDonald's Big Mac or Starbucks coffee, yell for a bit, and then tune it to the next episode of of their favorite "reality TV" show, or the next NFL game.

They could show beyond a doubt that every politician out there is actually an alien.....and no one would do anything about it.

Sorry. But until the couch potatoes end up having to deal with having nothing to eat but scraps, and all entertainment becomes state controlled propaganda that sucks, none of them are going to get off their couch. As long as they have money to buy their creature comforts, there will be very little Joe Public will do, no mater what Anon says or reveals.

You think your average American is going to go after .gov ???

hahahaha. Nope. Your average American will be screaming and yell at the government to do something about those nasty Anon guys, and going on and on about how much they hate those Anon guys....and to add icing to the cake, they'll also turn around and point fingers at each other (this is what Americans love to do now) and scream that it's the Liberal / Conservatives fault! They allowed this to happen!

posted on Sep, 29 2016 @ 11:40 PM
link
All we need to do is collectively boycott any product made in china and begin a coordinated bank run. Boycott major corporations and watch the system implode with the hopes the many might regain control from the few.