posted on Sep, 28 2016 @ 10:16 PM
link
I think there are more than a handful of people who've noticed the amount of Chemicals in the air from various places, cars, planes, and food being grown. Whether you're a nay sayer or a yeah sayer. The fact remains, there are most definitely Chemicals in your food and air and they're effecting everyone to some degree.

I had a discussion recently about how the Weather is never correct anymore, from the 70s right up to the mid 90's you could depend on the Weather being pretty damn accurate, but now? It's wrong more than it's right and it's not just me who's noticed this. Cloud Busting with Chemicals, agenda 101 perhaps? I say an unequivocal... yes.

A Recommended National Program In Weather Modification A Report to the Interdepartmental Committee for Atmospheric Sciences
www.geoengineeringwatch.org...

The ongoing battle to expose and halt the climate engineering insanity (by reaching a critical mass of awareness on the issue) is now rapidly gaining traction. By sharing credible data with others and networking credible data on every possible form of social media, very important members of society (including medical professionals) are waking up and joining the battle against the highly toxic atmospheric aerosol spraying.

All of us are needed in the critical effort to keep the forward momentum going. We must wake the masses to what is going on in our skies. We must wake the masses to the all out weather/biological warfare that is being waged against populations and the entire web of life on planet Earth. My most sincere gratitude to Dr. Inez Maria Pandit for making here voice heard in this most critical fight for the greater good. Dane Wigington

What do you think, are chemtrails damaging to our health? Why do they include Barium (needed for creating holograms) in their concoction? There are a lot of people who obviously have a major concern or they wouldn't keep on talking about this particular subject.

Is Chuck Norris Right? What about the other Professionals who've brought this up? Will people continue to deny anything is going on or will they stand up and do something about it before it becomes Chemtrails gone Wild?

Can you show us these "professionals"?

I refuse to go to Mr Wiggington's site as most of the info he has is contrived.

So it can't be that toxic.

What do you think,

1) are chemtrails damaging to our health?

2) Why do they include Barium

1) What chemtrails? In the spirit of being nice: you can't automatically expect everyone to agree that what you are seeing are "Chemtrails".

So what do you mean? The persistent contrails?

2) "They" don't. Industrial production of lots of our textiles do, though, if you are wondering why levels have risen anywhere.

The fact remains, there are most definitely Chemicals in your food and air and they're effecting everyone to some degree.


I hate to break it to you, but everything you touch is a congeries of chemicals.

Everything you touch, breathe, drink is a chemical. Or more likely thousands of them. 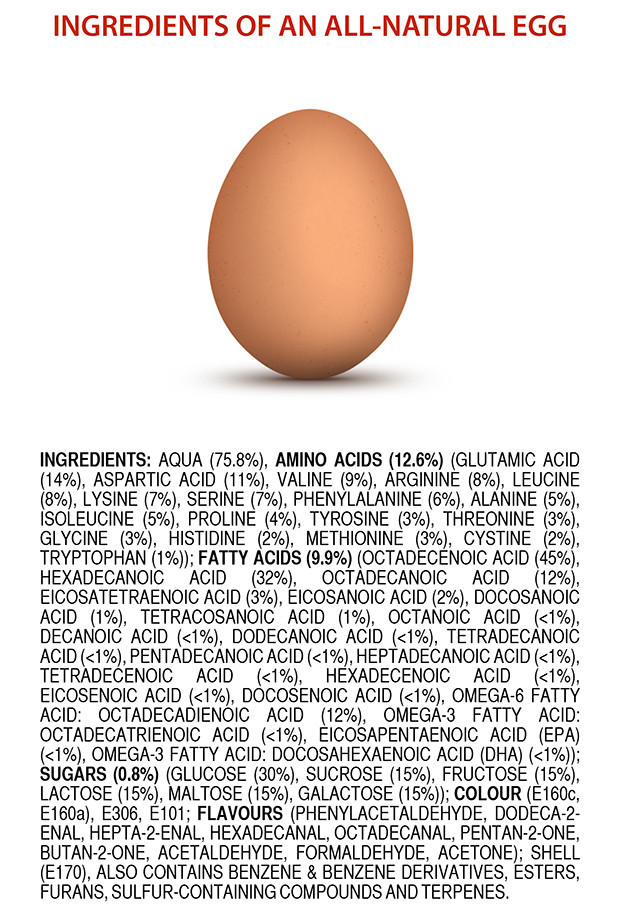 Ok well, I found this here and looking into another site atm.
military weather modification


As LBJ’s Science Advisor, MacDonald surely knew of the military’s weather modification program known as Operation Popeye, which ran from 1967 thru 1972 in Vietnam, Laos and Cambodia. By seeding clouds, the US military caused torrential downpours that inhibited enemy truck and troop movements. Initially exposed by investigative journalist Jack Anderson, the existence of the project was later corroborated in The Pentagon Papers.

In 1996, world renowned scientist Dr. Rosalie Bertell, who served on the Bhopal and the Chernobyl Medical Commissions, and was a recipient of the Right Livelihood Award, published “Background on HAARP,” [4] describing Dr. Bernard Eastlund’s brainchild, the US High Frequency Active Auroral Research Project, as follows:

“It would be rash to assume that HAARP is an isolated experiment which would not be expanded. It is related to fifty years of intensive and increasingly destructive programs to understand and control the upper atmosphere. It would be rash not to associate HAARP with the space laboratory construction which is separately being planned by the United States. HAARP is an integral part of a long history of space research and development of a deliberate military nature.”

In 2000, reports Prof. Michel Chossudovsky, Dr Bertell told The Times of London, “US military scientists … are working on weather systems as a potential weapon. The methods include the enhancing of storms and the diverting of vapor rivers in the Earth’s atmosphere to produce targeted droughts or floods.” [5]

HAARP’s use of the ionosphere through radio frequencies, explains Dr. Nick Begich, co-author of Angels Don’t Play This HAARP, also triggers earthquakes and volcanoes. [6] Begich quotes Clinton’s Secretary of Defense William S. Cohen, who said in 1997 at a conference on terrorism:

I've always felt something was off with the Weather, that sixth sense we all have, if you will. As for what they're adding to this, well, i can only say people are sicker than they used to be and disease seems to be rampant particularly amongst the young.
edit on 9/28/2016 by awareness10 because: Chem Trails

True, however eggs won't slowly kill me will they? Unless of course they're toxic Monstanto injected eggs.

originally posted by: awareness10
a reply to: TerryDon79

Ok well, I found this here and looking into another site atm.

Cloud seeding isn't "chemtrails". As I'm sure you'll find out, if you're honest with your reading.

Also Bertell was probably a fine epidemiologist, she had not a clue about HAARP. Which isn't operating now, and hasn't been for a bit. And it's now owned by the University of Alaska. A hotbed of political intrigue it is not.

originally posted by: awareness10
a reply to: Bedlam

True, however eggs won't slowly kill me will they? Unless of course they're toxic Monstanto injected eggs.

But CHEMICALS!! And I bet you can't pronounce them all, which seems to be some sort of indicator of toxicity in some circles.

hell no, i dont expect anyone to agree with anything i've said on here. That's the fun of the debate!

As for the Barium, i've always found that one most interesting. I will look into that further.

I appreciate the civility

Here's a hint: They're not what you want it to be.

As for the Barium, i've always found that one most interesting. I will look into that further.


I'm not sure why it's that interesting. Barium is not uncommon.

I don't buy the "analyses" the chemtrailers do showing barium, however, there's about as much barium in soil as there is sulfur. If you live near a coal burning power plant, you're going to see barium in the air if you're downwind. It's just that straightforward. Same with aluminum.

Barium's got nothing whatever to do with holograms, by the way.

Ok ya got me there. But! Who's to say it's not possible? I mean look at the track record of the Gov't to date?

As for the list of pro's. Who is qualified? Who's being paid off or threatened to not to say anything other than what they've been told to say? And why is it when someone finds a cure for Cancer, it always disappears?

Lots of professionals tell us what they Actually Think but it doesn't make them RIGHT, right? Take Doctors for example... In the 1960's Doctors apparently told pregnant women it was safe to smoke. Were they right, were they Professionals? Not in my opinion.

I think what's going on here is that there are a bunch of billionaires who would rather run your life than make you healthy. Why? because Money Talks and people are greedy.

hm ok.. what about this?

Why question any of the affects our beloved chemical industries have had on our health and environment?

Obviously geoengineering is a benevolent practice that has absolutely nothing to do with the persisten "contrails" that we see across the globe!

originally posted by: awareness10
a reply to: Bedlam

hm ok.. what about this?

Here's a better link than the abstract, although it's a PDF.

I'm guessing you didn't read it, but just googled for keywords, probably barium and hologram, right?

originally posted by: elementalgrove
a reply to: Bedlam

I'm fond of a lot of chemicals. Oxygen, for one. Hydrogen's nice, makes oxidane for keeping me healthy. And look at all the chemicals in an egg!

In fact, without chemicals, you wouldn't exist at all. Because that's what YOU are. Nothing but.


Obviously geoengineering is a benevolent practice that has absolutely nothing to do with the persisten "contrails" that we see across the globe!

I'm not aware of any geoengineering going on. However, persistent contrails are not geoengineering. They're ice crystals. Essentially a human-induced cirrus cloud.

So your whole argument is pinned on "the government does bad things so they could be doing this"?

You (and others) have been shown many times that Dane Wiggington is a con artist and a fraud, yet here you are, pushing his website and his BS again.

How about, this time, you (or any others) actually show some sort of evidence of chemtrails? I'll even look it over without just dismissing it.

originally posted by: awareness10
As for what they're adding to this, well, i can only say people are sicker than they used to be and disease seems to be rampant particularly amongst the young.


Do you have a source for these claims, or are you just making them up?

posted on Sep, 28 2016 @ 10:55 PM
link
a reply to: Bedlam
I read it.
It says right there that they can spray barium around the sky to make hollowgrams of Jesus and the Moon, and stuff.