So YouTube has decided to go the way of Twitter in terms of mass censorship by implementing a new program called "YouTube Heroes". The platform has decided to crowd source censorship and reward people for essentially "spying on their neighbor" with full-time unpaid employment with Google and the ability to mass flag users and shut down their channels.

As this particular YouTuber put's it, this is just BEGGING to be abused. You need to pay people to do an unbiased job in reporting and removing users from the website, not crowd source it to select individuals who like to hit the report button and give them the power to remove users they don't agree with.

The irony is that after the extreme backlash, YouTube decided to disable comments on the video... and were forced to block the same people they want to be hall monitors on their platform.

When a video launching your new product receives a like/dislike ratio of about 24k to 800k, you know the people aren't going to stand for it. YouTube and Twitter are falling like rocks.

Knowing how cozy the CIA/NSA has gotten with Google and FaceBook, this doesn't surprise me at all. I bet these alphabet agencies are directly involved in the implementation (and use) of this new program

The hero program is laughable, however, it isn't censorship as much as it is control. The benefits of a hero status are quite specific.

Nothing bothersome there, eh?

Yeah, that's hella disturbing. This is not masochism. This is purposeful training of the masses. And there is nothing of the "good guy" in this.

There's plenty of other video hosting websites, youtube are well within their rights to do whatever they want as it's their company

What's funny though is despite all the backlash nobody will move from their comfort zone and will stick with the Ministerium für Staatssicherheit, I mean youtube..... (same thing really now isn't it comrades ?)

So youtube is now turning into a safe place, the SJW's are silently winning
edit on 28/9/16 by Discotech because: (no reason given)

What's funny is Google is literally owned by Alphabet now.

can you direct me to any resources that explain how that works? 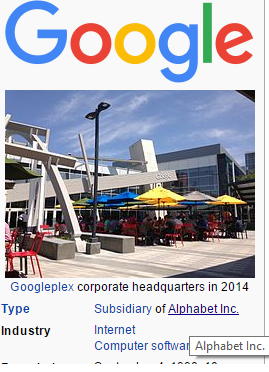 I have a feeling more alternative platforms are going to start showing up in the near future.

In response to Twitters blatantly public censorship, a new social media program called GAB is currently in the works and will be set to go live next year.

Interestingly, I was hoping that even ATS would go the social media route. Make the "Above" network and have different subs like AbovePolitics, AboveNews, AboveTopSecret(conspiracy sub).

posted on Sep, 28 2016 @ 05:32 PM
link
Is there any criteria for what constitutes inappropriate content? Seems theres this double standard. Violence isn't okay until its the newest terrist organization the PTB want everyone to hate.

Then they show horrific violence. You can google that all day long...

posted on Sep, 28 2016 @ 06:30 PM
link
I have seen these folks in action, while watching a fairly small group of folks doing their live stream of "the Wayne Dupree Show" numerous times the past couple of weeks...

When a topic that isn't of their liking, the cut the feed on YT and replace it with a black screen with a YT logo...

Funny thing is, when I found the show from yesterday, the entire show is available, you can see the hosts reacting on the show video... without the blackout screen that is witnessed when you are observing LIVE...

Go to the 49 minute mark and watch for a few minutes...

I will be tuning in once again at 9PM EST for tonight's live stream, and see how many more times they are censored by the YT Heroes....

posted on Sep, 28 2016 @ 06:40 PM
link
I think I've seen nagative videos on this program from nearly every single one of the channels I peruse from video game sites to anti-social justice sites to conspiracy in religion sites to plain religion sites to others. I've seen lots of other feeds from the other ends of the spectrum in channels I don't watch but have a general idea which way they swing.

In today's climate, nearly everyone has something that could drastically offend someone to the point of being mass flagged and censored.

This is the problem with PC having gone from intent to impact like it has. Heck, even Grumpy Cat might be offensive to the wrong bleeding heart animal rights type.

Youtube disabled comments on its OWN video. Currently at over 800k dislikes to 24k likes.