Do you see campaign yard signs?

originally posted by: whatmakesyouright
Oh, and for the first time today, I saw a Gary Johnson sign.

It'll be gone by next week. He only has one sign, and he has to move it himself.

originally posted by: BuzzyWigs
Brawndo, yo.

I'm not sure this one is still up? 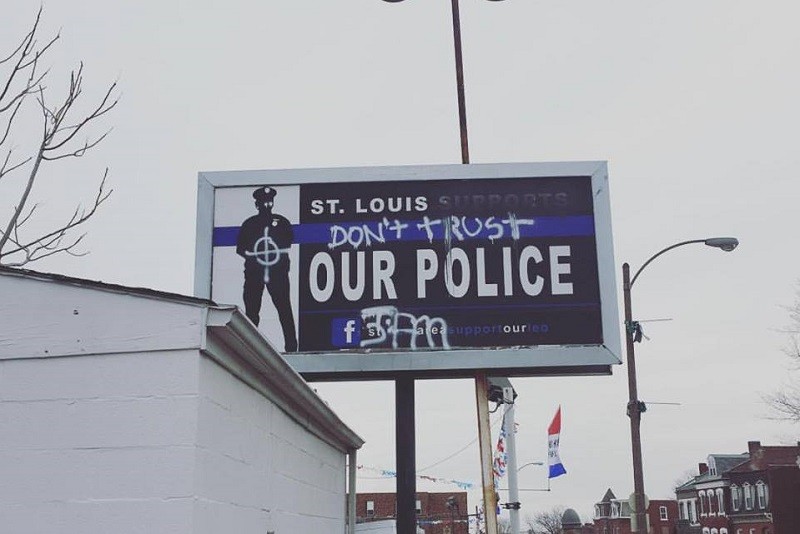 These signs are common in white areas: 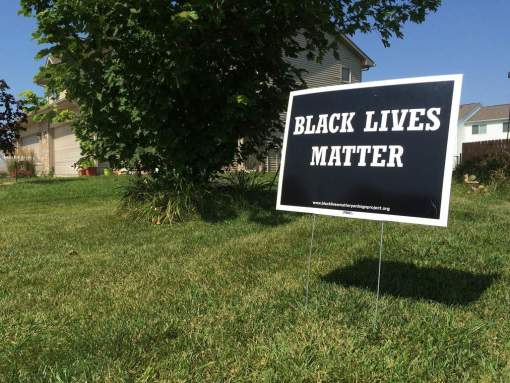 These signs are everywhere in black areas: 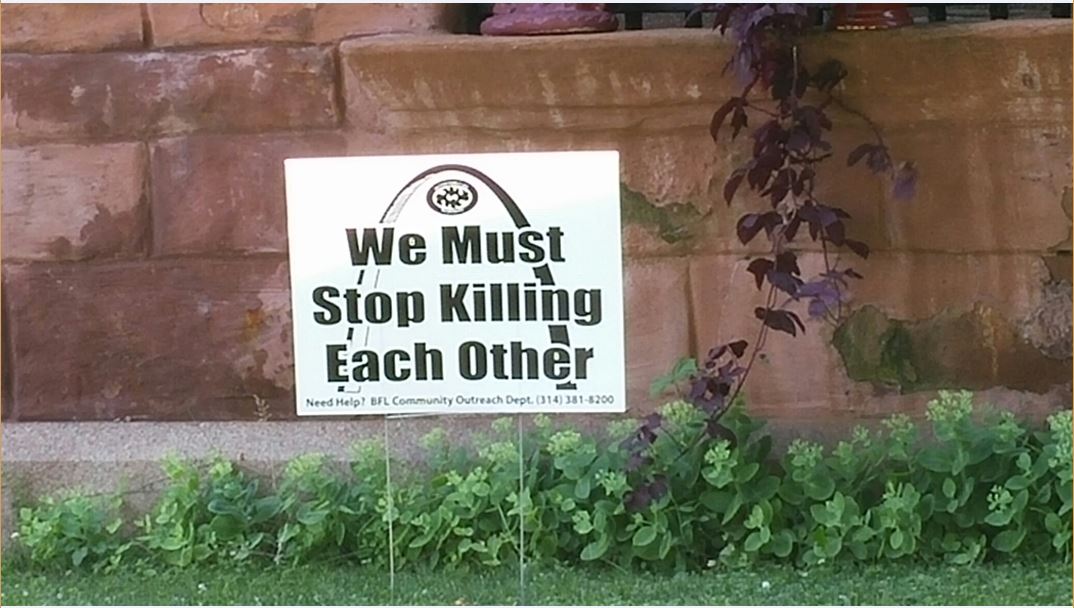 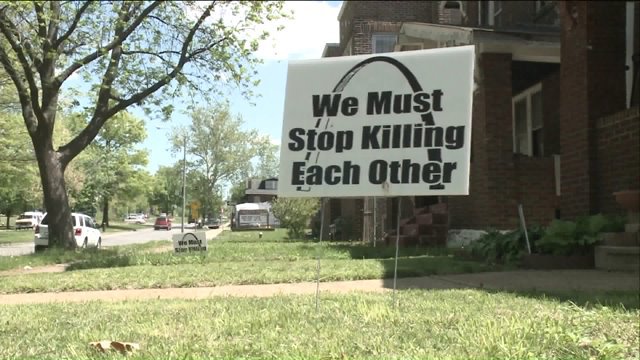 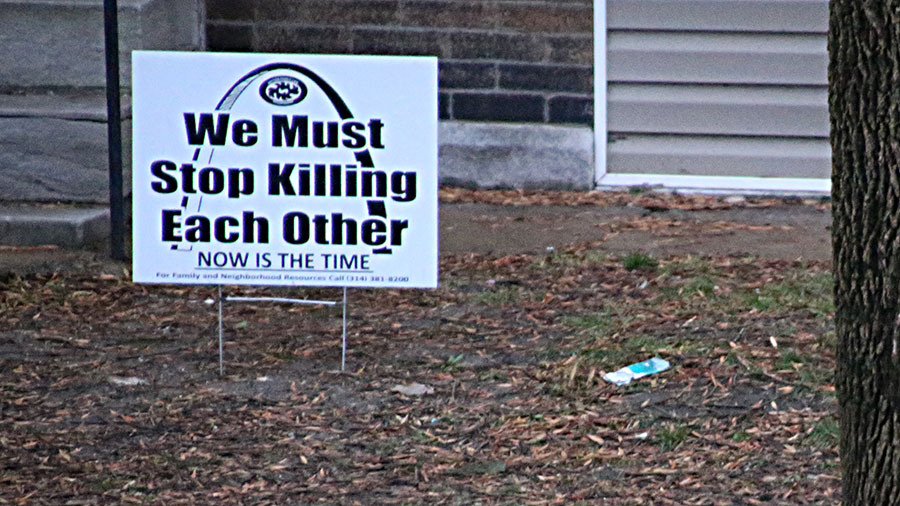 posted on Sep, 28 2016 @ 06:08 PM
link
I live in Chicago and I haven't seen any presidential, a few local election candidates for country stuff but here in Chicago I would imagine any Trump supporters which I personally know there are a lot of won't put out signs because of violent attacks and SJWs like the one nutcase that there is a thread about
www.abovetopsecret.com...
But there are for sure no Hillary signs in front of people's houses, and with as deeply rooted as Chicago is in Democrat mentality, I find it funny that no matter how deeply rooted people are for the Democrats here that they still won't put Hillary signs out.

originally posted by: incoserv
I've been noticing something in this area (small bedroom community near Baton Rouge, LA) over the last few weeks but just this morning while driving around town I paid particular attention. I do not see one single presidential campaign yard placard in this area. Nothing for Clinton. Nothing for Trump. Nada. Zilch. Zero.

This is unprecedented in my experience. It seems I remember always seeing lots of signs for all runners in the past. There is nothing this time around. It's as though even those of us who have decided whom to vote for are embarrased to admit it and would rather not publicly own up to our decisions.

What are you seeing in your area? Are people putting up yard signs for the presidential race? Are there as many as in years past?

There's quite a few Trump signs here. I've seen one or two "Hillary for Prison 2016" signs as well. I saw one Hillary bumper sticker, and a multitude of Trump bumper stickers. Slightly larger community in SELA.

posted on Sep, 28 2016 @ 06:29 PM
link
Oh, I did finally recognize a Hillary sign. I completely missed what it was. She chose a bad font. It's all curly and cursive and colors are bad too - baby blue and navy, no red and little white. There wasn't anything on it that screamed "campaign sign" to me before and my eyes had been skipping over it even though it was in a row with other campaign signs in a yard a few blocks up from mine.

It's still the only one I've seen.

1) Trumps going to win in a landslide.

3) Clinton wins in a land slide by rigging the vote.

Brought to you by Carl's Jr.


originally posted by: BuzzyWigs
Brawndo, yo.

posted on Sep, 28 2016 @ 07:13 PM
link
I live in a small town suburb of Los Angeles. Now that you've mentioned it - I've not seen a yard sign since we had local school district elections.

I've seen a couple of Bernie bumper stickers on cars, and that's it!

originally posted by: IAMTAT
Trump signs are all over southern Ohio (northern Cincy).
Honestly, I haven't seen even one Hillary yard sign.

I'm in southern Ohio, right at the south/central tip. My town of about 16,000 people has one sign for Trump as far as I've seen. None for Hillary, but I have seen 2 Hillary bumper stickers compared to 0 Trump.

I don't expect to see any Hillary signs, she's not very popular around here. As you enter my county on every side there's actually billboards telling you "You're now entering the Obama No Jobs Zone", followed by a message about him being anti coal.

originally posted by: Chromium51
Seeing everyone's responses here seems to only lead to one of three things.

1) Trumps going to win in a landslide.

3) Clinton wins in a land slide by rigging the vote.


I think people are just trying to be anti confrontational because people are so divided these days that opinions run strong. Trumps people are a little more open to getting into a fight because it goes with the territory of Trumps persona so you're seeing a few more signs, but a lot of people don't want to admit who they're voting for. They just agree with whoever they're talking with, and that's the end of that.

In Central New York State( outside of Syracuse to college hoops fans) it's predominantly Trump/Pence signs. I've seen a few Johnson, which makes me happy. And only one Clinton sign.