So much for the revolution! 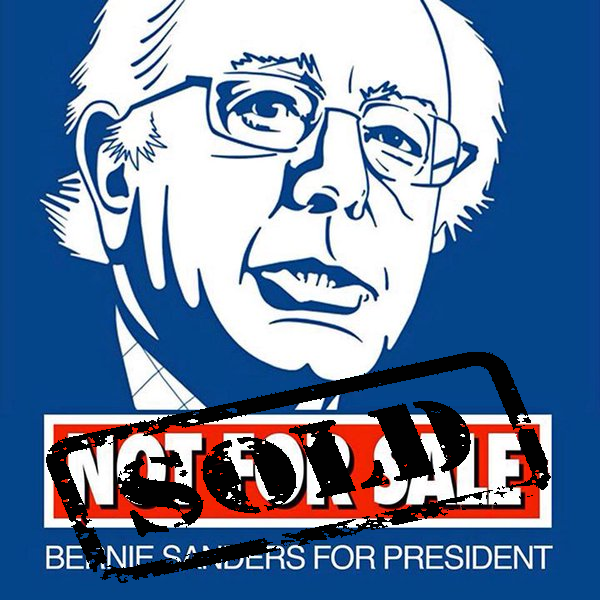 The Revolution lives on - he just knows that if Trump wins, it's over. If Hillary wins, he can use his base to prod her into keeping the Platform items he pushed for and wants to implement. It's his only chance to make change, and that's what he's about. Stein isn't remotely a good choice for President nor does the Green Party completely jibe with his efforts - he wants massive change, so he needs a major party to make that happen (that's why he ran as a Democrat to begin with).

Bernie hasn't "lost," and the Revolution isn't "dead" - he's just going to spearhead it from outside the Presidency. He will have MORE time to pound away at it rather than less, as the Presidency is a 24/7 job that wouldn't allow him to focus all his energy on his ideas.

This is a good thing. Bernie supporters should STILL follow his lead! He knows what he's doing!!!

The only way the Revolution dies, is if his supporters buy into the crap that he's "sold out." Bernie never will.

posted on Sep, 28 2016 @ 02:33 PM
link
It's on the news now. I had to mute it because I want to vomit. Sanders IS a sell-out, just like every other greedy politician. The background behind his lying head says "Debt Free College". Bwahahaha! Some people do not belong in college, sorry to say. But why not give the dreamers a lie to get their vote?


*Bernie image with "Not for Sale", and "SOLD" stamped over it* - almost as legendary as your
anthropomorphized "Pepe the Frog" Avatar.

S & F, and yes, Bernie campaigning with Queen of the Damned is insane to me. A slap in the face to many of his supporters

DO PEOPLE ACTUALLY BELIEVE THIS STUFF!?!?

originally posted by: intrepid
He's supporting his party. Let's see the support Trump gets from his:

The same party that used questionable tactics to oust him from being a presidential hopeful?
Yeah that makes a lot of sense...
More like Hillary scares the pants off Bernie and he will do anything not to end up one of the proverbial skeletons in her closet.

The whole Sanders thing is an obvious sell-out.

Desperate Hillary trying hard to get the Sanders voters to see it her way.

Yeah, he loves his party so much that he is going to quit and return to senate as an Independent.

Bernie Sanders to Return to Senate as an Independent

So he didn't win because people claim "he was robbed" (though he really honestly didn't win) and now "We are abandoning him and everything he stood for because Bernie isn't thumbing his nose at Hillary!!"

Some people need to learn that Bernie lost a battle, but he still wants to win the war. Hillary can help him do that - no one else can at this time. Should he wait four years or press on? Hillary isn't his enemy. That's really not how it works, folks. Sorry to disillusion you but this is how you win the Long Game.

He has never sold out. Deal with it. If you want change, keep moving forward no matter the set backs.

Ignoring the fact that Hillary started the race with 400+ Superdelegates, it was revealed in the DNC leaks that the party did in fact collude with the Clinton campaign to smear Bernie's platform.

So just how many people had to resign? 5 was it? Including the DNC Chair Debbie Wasserman-Schults... who then got a job with the Clinton campaign! 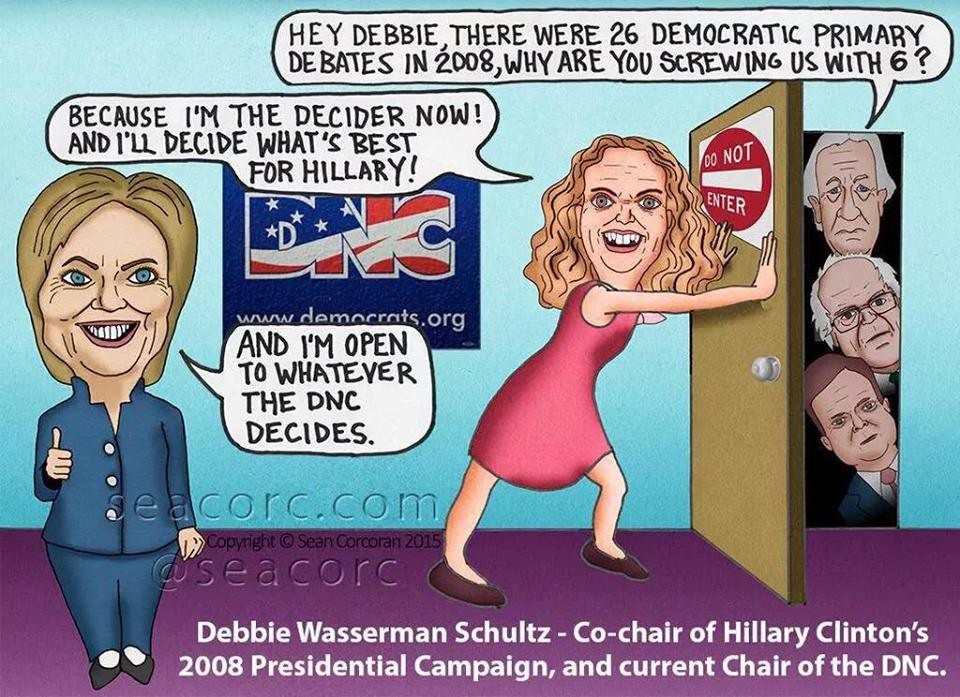 The Democrat Committee has not denied this have they.

originally posted by: Konduit
Hillary Clinton, heir to the Rodham dynasty... just claimed at the event that she couldn't afford to go to college!

DO PEOPLE ACTUALLY BELIEVE THIS STUFF!?!?

Hugh Rodham purchased his family's brown-brick mock Georgian in 1950 for $35,000 in cash, the carefully saved profit from his drapery business. He worked 14-hour days and kept a Cadillac -- which he paid cash for as well -- in the driveway. Hugh didn't believe in debt, big government, the capital gains tax, or public assistance for anything other than roads and schools.

"My father really was an old-fashioned conservative with a small 'c,' " Clinton says. "He believed in hard work, and that everyone had to do their part and be willing to take responsibility."

Supporting his party? He isn't a Democrat, he's an Independent.

He's also a sell out for the people he's supposedly against.

originally posted by: intrepid
He's supporting his party. Let's see the support Trump gets from his:


Thought good ol' Bernie was an Independent. Now the Democrats are "his party".

originally posted by: KawRider9
a reply to: intrepid

Supporting his party? He isn't a Democrat, he's an Independent.

But ran as a Dem. Like as has been already stated, this may lead to some of his policies getting put forth. Or he could whine like Trump crowd. I think this is better.

He's also a sell out for the people he's supposedly against.

He lost. He's compromising FOR his ethics.

They have been punished. The end.

I am not arguing about that.

I'm saying, who stomps off and leaves all their goals behind because of a major or minor set-back?

Not being President doesn't mean Bernie can't effectively move things forward in a grass-roots way, which he has laid the ground-work for over the past year. If people are too hurt over it (and you seem to think they should be) that they can't put their values and hopes of a "revolution" ahead of those feelings, then they were the lamest Revolutionaries in history.

There are many ways to make things happen in the world. Giving up is not one of them.

He is supporting the person running against Trump.

Of course he is going to do this.

A bit of a sell out sure but hardly the big deal you all are making it out to be.

Conveniently ignores the fact that her family had a HUGE stake in the textile supply industry, owned several successful businesses in Chicago's famous Merchandise Mart Building and a Fabric Print Plant in Chicago's north side.