You may consider me old fashioned in the sense that I agree with George Washington's philosophy of isolationism. Based on the below, it's clear to see how we don't operate under these principles anymore (and haven't for a long time).

There are two points I want to express, both of which seem reasonable to me:

1. The U.S. conducted an airstrike in Deir ez-Zor, Syria, *against the SAA,* clearly going against the agreed upon ceasefire. This story, from what I can tell, is effectively buried. I had to dig considerably to find this article, while the AP report on John Kerry threatening to end diplomacy with Russia over Syria is absolutely everywhere.

US Deir ez-Zor Airstrike On SAA

The Pentagon has said that the US-led coalition's airstrike on the Syrian Arab Army's base in Deir ez-Zor was unintentional, but Russian officials and lawmakers have been concerned that the attack, the first ever by the US-led forces on the Syrian troops, could have been a "deliberate" move that risks undermining the Russia-US brokered ceasefire.

Russian envoy to the UN Vitaly Churkin was wary of the timing of the attack. "It is highly suspicious that the United States chose to conduct this particular air strike at this time," he said.

If the US wanted to help Damascus-led forces defending Deir ez-Zor, "it could have waited several days until the agreement reached by Sergei Lavrov and John Kerry in Geneva on the joint implementation center entered force," the diplomat noted.

Compare the sentiments and tone of this article with John Kerry's remarks in the AP report here:

Kerry Threatens to End Diplomacy with Russia Over Aleppo

"The burden remains on Russia to stop this assault and allow humanitarian access to Aleppo and other areas in need," Kerry told Lavrov, according to State Department spokesman John Kirby.

Kerry said that the U.S. is preparing to "suspend U.S.-Russia bilateral engagement on Syria," including talks on a possible counter-extremist partnership, "unless Russia takes immediate steps to end the assault on Aleppo and restore" a cease-fire.

When were we ever in a "joint relationship" with Russia in Syria? Russia backs Assad, the U.S. always backed the "FSA" (which, under a detailed look, is either backed by terrorist organizations, or infiltrated by them).

I hope I'm conveying a very clear point here - namely, that we're blaming Russia for bloodshed in Syria when we're directly responsible for it ourselves (AND attempting to bury news reports that speak to this fact!).

To me, this wreaks of subversion and obfuscation.

US Bombs Hospital In Afghanistan

2. We've been in the business of toppling regimes in the middle east for a while. However, in the sense of being public and "out in the open" about it, my generation can see this pattern starting with Saddam Hussein's execution. To me, the facts when presented back to back are stunning. They prove (to me) without a shadow of a doubt that the United States has been under the leadership of a continuous group that has no remorse nor willingness to obey the American people's interests.

I can go on and on about the "mistakes" we've made by constantly arming and providing resources for the "FSA" only to find them in the hands of ISIS, but I think you get my point.

Things are getting ugly, and the superpowers of the world not waving a red white and blue flag are acting in blatant disagreement and contrast to the actions taken by our military.

So, ATS, who's the aggressor here?

Still digging, found this to be connected to the U.S. downplaying this situation wherever it's found.

Syrian troops encircled by Islamic State militants near the town of Deir ez-Zor were bombed by US-led coalition warplanes on September 17.

Sixty-two soldiers were killed and over 100 injured in the airstrike, which was immediately followed by an offensive by jihadists on the positions of government forces.

US States "It Was An Accident"

The strike occurred Saturday in an eastern part of Syria that is not a part of a delicate and nearly week-old ceasefire. The US military said it was targeting ISIS militants and if it hit Syrian troops, it was an accident.

Russia and Syria said the strikes prove Washington and its allies are sympathetic to ISIS.

posted on Sep, 28 2016 @ 02:26 PM
link
The US is, and has been for years, whether covert or overt, the aggressor in so many situations it would take a book to cover them all. We're heading straight for a war, we're almost sticking our tongue out and daring Russia to bring it on.

My personal belief is that we are fixing to implode financially, so a war is a great way to hide their financial crimes. The bigger the crimes, the bigger the war. Hold on to your tin foil hats and try to prepare as best you can. On many fronts, we are being torn asunder.

The chickens always come home to roost. I can hear them now....

The article detailing the accidental strike, which included aircraft in addition to US aircraft that you guys seem to ignore, occurred on Sept 18th.

The article you posted about Kerrys comments are from Sept 28th.

The last few years the US has lawfully been operating in Syria with the consent of the Syrian government, this is the fisrt time a mistake occurred where we hit SAA forces.

i think his point is to wipe the dirt out of your eyes so you can see clearer.

i think his point is to wipe the dirt out of your eyes so you can see clearer.

Which doesnt answer my question. You should follow your avatars message.

what do you think my point is? where have I not been clear in my position?

Your entire post actually. The attack on the SAA and Kerrys statements occurred 10 days apart and the accidental strike occurred first. I fail to see how you arrived at aggressor from one accidental incident in more than a few years of lawfully operating in Syria.

ah, I see. the problem here is that you believe this was "an accident," and that we're "acting lawfully in Syria." my OP serves to show that this can't be further from the truth.

one incident? it seems like you didn't digest my OP at all.

if you have specific questions to the points i've already made, i'll happily address them.

But... but... but.. they said it was just "(un)friendly fire" or this other thing for national security and all that... "defensive countermeasures due to passive aggression" maybe? Not. Sure.

But you should definitively add the Ukraine to your list, as in "Buck the EU".

Also, I found this article interesting with regards to recent developments in Russia:

We'll see, we'll see.
But one thing is for sure (thanks to your well presented OP): the spindocs will be all over this place and I'm already looking forward to read that form of paid protest.

Also, I found this article interesting with regards to recent developments in Russia:


I don't get why you'd find that interesting PO, the US says it was an accident... so it must be an accident.

the U.S. won't comply with a cease fire they agreed upon with the Soviets... so they must be keeping our country and military safe by doing that.

the U.S. backs the FSA even though they know the organization has intrinsic ties to ISIS and other terrorist groups... so they must know for a fact that they're *only* dealing with sensible, democratic rebels. otherwise, the U.S. would never knowingly deal with terrorists. that's just nonsensical and unheard of. 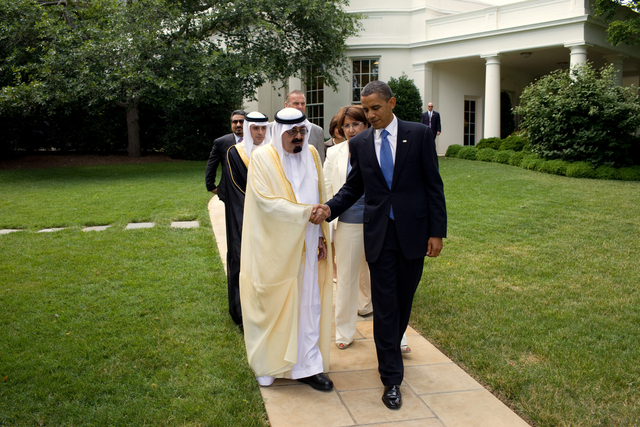 LOL. spot on. thank you, I needed a good laugh today.

Ok......three different browsers, none adblocked for here, and a reboot....and my stars will not stick. They show up when I make them. But if I leave and come back, they are blank again.

Funny that. Anyway add one for each reply in this thread, mentally, from me.

The US in my opinion has zero credibility that is not just from this incident but of many over the years . They are backing the money lenders working behind the scenes that use all western military powers as their personal army . This vid is just a taste of the truth in what we are headed for if we dont find reasonable minds in places of power in the west and we had better find them real soon .