Have you heard about the Dresden bombings last night? Not?

Two bomb attacks take place in Dresden, Germany
"Security has been stepped up in the German city of Dresden, following two bomb attacks on a mosque and a conference center Monday evening."

My first thought this morning was:
East Germany, for sure that it was Nazis. Who else, in eastern germany?

Then i had to learn, as a german, that there is again the german unity celebrations at Oct, 3rd.
Guess where this year?
In Dresden...

So there are more possibilities than a nazi terror attack.

I am asking myself, who noticed this two bomb attacks around the world?
Ok, here in germany they report about it, but they don´t call it terrorism. "Our" interiour minister was asked if it isn´t the time now to call this what it is, right extremism, rightwinger terrorism, nazi terrorism. Guess what he said:
"We can´t say what or who it was if we don´t know more about the incident."

Wow, if anything happens and this is not in east germany, not a mosque and a conference center(of a muslim conference right now) are the targets, everything is linked to the "IS", to muslim extremism, terrorism. Without any evidence. Even if an attack is exposed as a rightwinger attack, like the munich shooter. We know today that this boy had nazi motives for his attack.
But this attack still is sold as a muslim, an "IS" attack to the german people.
But if something like this happens in eastern germany, and a mosque and a conference center where is a muslim conference at this time, then they can´t call two exploded bombs terrorism?
Maybe just because this couldn´t be linked to the so called "IS"? Because the place where it happens and the targets obvisiously show that it was to 99,9% nazi terrorists, and not "IS" terrorists?

What the hell would be going on right now if this was branded as an "IS" attack???
There would be no reporting of the disgusting US elections around the clock anymore. There would be special broadcastings, uncountable "terror experts" and "security experts" reporting how we have to live meanwhile in germany, comparable with Iraq, Syria or Afghanistan, and that we need more surveillance and observation of all potential terrorists, the people in germany. "They" would use every second to fear the people via MSM.

But two exploded bombs in nazi...sorry... eastern germany, and everything is more important than those attacks.
No special broadcastings, nothing. Are bombs not that bad when they aren´t "muslim", "IS" bombs?

Now i read some news again, and i guess the chances for a nazi attack are the same like for a false flag attack, done by the "security" officials.
Why a false flag again? Because this is ATS and it´s me...

No, let´s stay serious, let´s look at the times of the explosions. The explosions were reported to the police at 21.53 and 22.19 o clock. When there are no people for praying in the mosque, when there is nobody in the conference center. At this time people chill at home or even sleep already.
So nobody got hurt. And to be honest, the destructive power of those bombs can´t have been high, watching at the pictures. As if someone didn´t want to hurt somebody, just create a little show.
The police informed the public about the event 10, TEN hours later!
With the excuse:
"First we clarify the facts, with the demanded level of safety, then we release our new insights to the public."
They clarified nothing yet, they are still groping in the dark, as they tell us.

Now i read that, that after these two explosions, the "security" officials switched instantly to "mission mode". That means for example that "stop and frisk" is allowed in several parts of Dresden now. Don´t forget, the celebrations are at the 3rd of Oct! But every citizen of Dresden can be stopped and searched from today on, sure only for their own security...

At the day of the celebrations there are 2600 cops in use, a special command of the saxon police(the GeStaPo, i guess, it´s eastern germany.... xD) and parts of the GSG9(anti terror unit). 1400 concrete blocks wil block the access road, to prevent a false flag... sorry... terror attack like that in Nizza, with a truck. 3.8 kilometers of grids will be build, to gather the sheeps. Nah... only for their security... Not the peoples security, but the security of the "VIP´s" like so called politicians and their lobbyists.

And i bet the "security" officials get even more competences and man- and surveillance power now, after those two bombs. Which are mentioned only peripherally in the news. Because it obvisiously were not "IS" bombs.

The question now is, was it some dumb east german neo nazis, or was it someone else?
Someone who profits, for example, from a week full of "stop and frisk" live training?

And hell ,what would be going on now if this two bombings could have been linked to the "IS"...

posted on Sep, 27 2016 @ 06:22 PM
link
Well honestly, they don't report about much that's going on over there, only the most heinous. We only know about the mass rapes because of alternative media sites dragging it out into the open.

Any stories that would show that your massive, unchecked immigration programs aren't going as well as advertised that can be brushed under the hood aren't going to be reported on. They *might* drag it out into the light of day if it does prove to be ultr-nationalistic neo-nazis because then they might think they can make hay out of trying to link Trump and his supporters to it and browbeat all of us once again not to backlash against Muslims. Other than that, no, we won't hear about it.

We didn't really hear much about the French riots though either. Only that they were caused by "angry youth" much like our own inner city riots are often caused by. So it's all white-washed if you pardon the possible racial overtones of the expression.

posted on Sep, 27 2016 @ 06:43 PM
link
Some muslims probably threw the firecrackers themselves for attention, as usual.

posted on Sep, 28 2016 @ 08:41 AM
link
When i say that in germany it´s not terrorism if it´s not "muslim" terrorism, then because of such stories like the following.

Polizei Bayern(sorry, german)
At thursday, 09.22.2016, a transporter was stopped by undercover cops, on the Autobahn A3 at Deggendorf.
They searched the car(that´s the german peoples new freedom) and found a selfmade pipe bomb.
The police tested the explosive force and according to the police it was like the explosive power of a handgrenade.

The suspect(a "bio"-german, as we know) admitted that it was his bomb and that he build it.
"A political motivation is not apparent..."
Two other bombs were found when they searched his appartment in SAXONY(east germany).

The suspect was not arrested...
He could leave after the hearing...
Because it was just a "stupid boy´s prank"...

If bombs are not "muslim", they are just pranks...

Good job with the posting. And it shows how agenda driven the media is nowadays. If it was a muslim responsible for this, we'd have a multi page thread about to hit the front news line with everyone chiming on the dangers of Islam, refugees [insert boogeyman comment here].

posted on Sep, 28 2016 @ 03:25 PM
link
It is so funny how there is no witness, suspect or claims of responsibility yet a "right wing xenophobic" motive is suspected immediately.

Meanwhile a muslim terrorist yells "allah ackbar" and officials claim to be unable to find a motive.
edit on 28-9-2016 by Deny Arrogance because: (no reason given)

That's the thing I intended to add after reading your OP. Pranks, eh? Funny story though. Can't be connected to the other false flag with an 'open crimescene', we're probably just stupid conspiracy nuts...

S&F, have a great weekend! 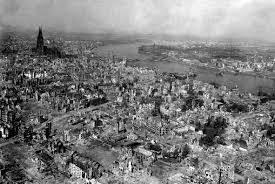