The Washington State Patrol has released a breaking statement on twitter to say the Cascade Mall shooter is in custody. Twitter updates from commentators have identified the individual as Arcan Cetin. A report via King-TV told of the suspect, a 20 year old man being taken into custody in Oak Harbor, 20 miles south of Burlington. A regard of Arcan Cetin’s facebook page showed the man being a resident of Oak Harbor. An about description of Cetin reveals the individual having previously worked as a ‘former Bagger at Whidbey Island Commissary. The man’s facebook wall also told of Arcan Cetin having attended Oak Harbor High School and originally from Adana, Turkey. Read more at scallywagandvagabond.com... 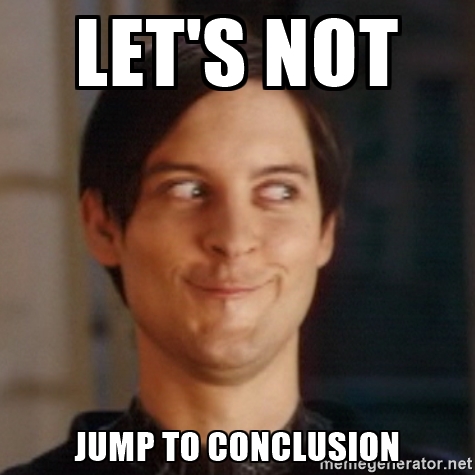 
Turkey is 95% Muslim. But I'm sure his heritage had nothing to do with his slaughter.

As soon as I saw the picture, before he was caught, I said he looked Middle Eastern. As always, they claimed something else! Another terrorist, making four attacks in what, a week-ish?

How many since took office, on our soil?

posted on Sep, 24 2016 @ 11:57 PM
link
My husbands cousin went to school with him. She had classes with him and they were both in leadership. She was surprised to hear it was him and said he was really nice. Crazy.

I'm not big on the whole MK ultra thing, I've read into some of it, I' m sceptical, however, your statement and some of the tweets ( I know tweets as a source is frowned upon) have my wondering...

Interesting to say the least...

Oak Harbor says suspect didn't run. They jumped out with their guns, directed him and he complied.

Lt. Hawley with Island Co. Sheriff's ofc says Arcan Cetin froze, did not run,did not "say a thing to me" when arrested #CascadeMallShooting

edit on 25-9-2016 by HushedNoLonger because: Added quotes and link properly

originally posted by: Jennyfrenzy
My husbands cousin went to school with him. She had classes with him and they were both in leadership. She was surprised to hear it was him and said he was really nice. Crazy.


Nice but crazy?
I can dig it.

Killing another human being does that to some.

It's a horrible thing. It's soul-crushing.

Where is it being shown that he is a Muslim? His Facebook page is up still. Look it over and tell me what you see. Not a single mention of Islam or politics for that matter on the whole thing. Mother appears to have married in 2010 to a decidedly non-Arab with the last name Marshall and who it's worth noting, changed her profile pic to have the transparent French flag that was so popular after the Paris attacks. I'm wondering if they were his guns that were stolen — the media is reporting that he stole three weapons from "his father?"

The only religious anything on his page is him next to a golden Buddha statue and somebody wishing him a Merry Christmas in 2012.

Of his 317 (was 318 when I started looking) friends on FB, it looks like his friends are almost exclusively white/hispanic with maybe 2 possible Arabs?

What I did notice was that your source reported:

n possible clues as to what may have motivated the Cascade Mall shooter, KING 5 News reported that Cetin stole three legally purchased guns from his father and went to the Macy’s at Cascade Mall where his ex-girlfriend once worked with the weapons.

The ex-girlfriend quit several months ago and was not at the mall at the time of the shooting.

I'm sticking with my initial hypothesis (workplace related or jilted boyfriend). If his motivation was jihad, why go into the Macy's instead of the main entrance where he could have killed far more people in a shorter time?

Also from the start they said he was calling a girl's name. Sounds like he was looking for the ex and didn't realize she didn't work at Macy's anymore.
edit on 2016-9-25 by theantediluvian because: (no reason given)

She said he was nice, i think that it was crazy that she knew him.

posted on Sep, 25 2016 @ 12:35 AM
link
Yeah, he killed his ex and her grandma which was reported earlier. From what I've read he comes off as an overall person with mental issues-apparently molested by a family member and he had reportedly groped females while in school on top of what is now being shared.

There's been a few cases in Wash. State as of late that had to do with a young men with an intent killing family and friends, ending up killing others in public. Could very well be a case similar to that or maybe with Mateen-where upbringing(terrorist slanted or not-waiting on updates) has influenced his well being.

Tips from the public, family and friends of his lead to his arrest: More here

I noticed his fb page was unassuming as well but that doesn't mean anything really. And his mother is irrelevant in my opinion. What we're dealing with is people that come from countries that eat, sleep and breath Allah. People that experience death, guns and glory on a daily basis. I don't know enough details because they're just breaking but if it was a jilted lover thing then i'm willing to bet he reverted towards old habits and used Islam to justify his actions.

Lets wait to see what that cops find on his computer.

How many since took office, on our soil?

How many more in the future when the borders swing open to copious amounts of unvetted Migrants, oh sorry "refugees" ....

Was the perp a refugee?

But why do you put the word in quotes?

Lets wait to see what that cops find on his computer.

May well be totally irrelevant, the MSM will publish what they want regarding the current agenda, he will go down as a lone nut and in bold letters it will say this had nothing to do with his heritage or religious beliefs (if he was a extremist that is)..

You could find a full payed up subscription to Daesh nut case monthly and it will be brushed aside as nothing to see here...

originally posted by: Phage
a reply to: slider1982

Was the perp a refugee?

But why do you put the word in quotes?

Due to the extreme amounts of people that gained access to Europe that where claiming refugee status but where simply economic migrants.

Pakistan, Algeria, Morocco, Sudan, Eritrea, Somalian, Tunisia, Egypt etc etc are not in a position to get asylum in the Bloc but state you are Syrian and you have a chance but as no Vetting was done as they entered who knows, it is only after they come into contact with local Police after a incident that any identification process can be started, and even they they are let go to re attend a police station in 2 weeks, how many do would you say????..

What will happen in the USA??, If these people had no way to prove heritage it will be the same situation and it will be taken on face value.