would putin make a good president

This is a real quote from Mr. Putin himself. “I Swear if they Bomb Russia, in Half an Hour Every Muslim Will Die”

ive noticed this quote being passed around reportedly from putin himself after the paris attacks.
has their been 1 ISIS attack on Russian soil? i cant recall.
Russia is bombing them in syria, they are fighting ISIS, yet these radicals do not have the balls to attack mother Russia.
my question ats is why? why are russians excluded?
my answer... because putin has grapefruits for balls. they are afraid of russia, they arent afraid of the us. why?

can anyone confirm this story as well? i heard isis grabbed some russians, told russia they have to pay a ransom, and the terrorists received the head of one of their leaders in a box. and the hostages were released.

we all know most people hate one or both.

It's quite clear which one Americans actually want as opposed to what they preach though. If this were not the case there wouldn't be yet another display of Crooked D's and Crooked R's that "represent," we the people.

By the way, I'm pretty sure that's not a real quote from Putin.

There is a movie with Denzel Washington in it, I believe it was Man on Fire. There's a quote in the movie that says something like "Forgiveness is between them and God. It's my job to arrange the meeting."

For awhile, this quote was making its rounds on the Internet as a "Putin quote," and despite it very clearly being pulled and used from an old cheesy action film - people would not stop attributing it to Putin.

Why is this relevant? Because I've seen a great deal of people who cannot distinguish a quotation from a real-life world leader of from a scripted film spoken by an actor.

I don't think I would really trust these folks with their "judgement," on basically anything, honestly.

What we need for president is a man/woman that has the countries best interest at heart.
Someone willing to try to find real solutions to our problems and not continue funding failed policies.
We need someone with the ability to bring every side together for real dialog and compromise.
I don't think that person exists.

He's got enough of his own problems. Terror attacks occur there, too.

posted on Sep, 22 2016 @ 11:43 AM
link
a reply to: Bluntone22
and if/when that person does exist.. think the people will be willing to see it? I don't.. I think one of the big things that needs to change in the world and this country, is the news.. they should have to relay the info to you exactly how they got it, not twist it around for an agenda... hold the writiers/editors or whoever is deemed responsible accountable for lying to the public.

(not sure how to write the sound of a machine gun)

i admit i no nothing at all about putin and the way russia operates. all i know is putin comes off rather brash and i keep seeing these quotes about him.
i tried looking into that quote and couldnt find a truly reliable source, but there were plenty of them.

i also seen this quote:


On February 04, 2013, Vladimir Putin, the Russian president, addressed the Duma, (Russian Parliament), and gave a speech about the tensions with minorities in Russia : "In Russia live Russians. Any minority, from anywhere, if it wants to live in Russia, to work and eat in Russia, should speak Russian, and should respect the Russian laws. If they prefer Sharia Law, and live the life of Muslims then we advise them to go to those places where that's the state law. Russia does not need Muslim minorities. Minorities need Russia, and we will not grant them special privileges, or try to change our laws to fit their desires, no matter how loud they yell 'discrimination'. We will not tolerate disrespect of our Russian culture. We had better learn from the suicides of America, England, Holland and France, if we are to survive as a nation. The Muslims are taking over those countries and they will not take over Russia. The Russian customs and traditions are not compatible with the lack of culture or the primitive ways of Sharia Law and Muslims. When this honorable legislative body thinks of creating new laws, it should have in mind the Russian national interest first, observing that the Muslim minorities are not Russians. The politicians in the Duma gave Putin a five minute standing ovation.

which from what i understand is BS.
so are they trying to portray him in a certain light by quotes like these ?

posted on Sep, 22 2016 @ 11:57 AM
link
Russia did a great job in their war against Afghanistan....it took America a whole 8 months to completely contain that hellhole...

originally posted by: Christosterone
Russia did a great job in their war against Afghanistan....it took America a whole 8 months to completely contain that hellhole...

I can imagine the Russian version of ATS..

You should not eat hamburgers and pizza daily and carry guns whilst giving birth to your child in a trailer park..

I mean no offense to my American brothers.. Just want to make a point if we're going down this route...

originally posted by: tinymind
a reply to: nobunaga


Their system is different. He had to sit out as PM for a session before he could replace Medvedev as premier again. Their term limit version.

posted on Sep, 22 2016 @ 12:24 PM
link
That would never happen here because the western pro-radical Islam agenda has very little to do with actual cultural do-goodery , instead its all part of the global drug trade mechanism (which by the way does Russia no good) + perpetual war economy + rabble rouse the public agendas. 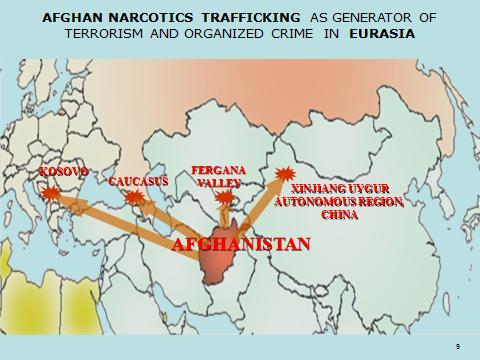