posted on Sep, 22 2016 @ 08:21 AM
link
I've been a fan of electronic music since the mid 70s. I'd like to share with you two greats who are no longer with us. Each had their own style and Each influenced not only each other but many more who followed. I was given an LP, Remember them? back in 1980 as a gift. It was Micheal Garrisons Album In the Regions of Sunreturn (1979). I was forever hooked.

If you're a fan of Tangerine Dream, Klaus Schulze, and Jean-Michel Jarre and the like, these two may interest you. They were both true pioneers and obviously ahead of their time.

As a matter of fact, those who know me will attest that often while I write my threads, they'd find me sitting off in a corner someplace with my headphones listening to this music while typing away.... 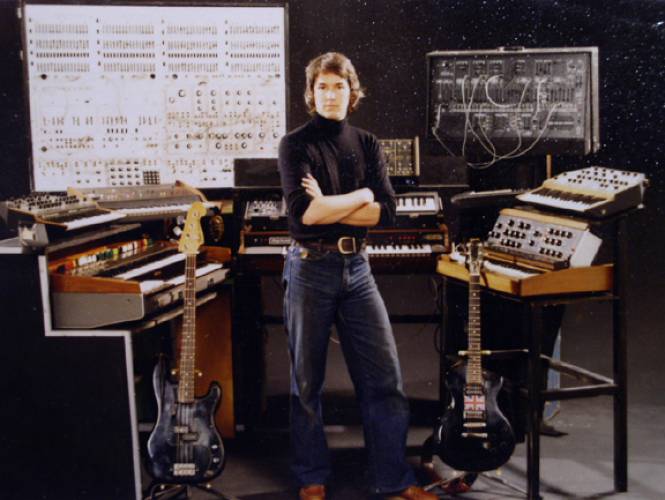 Michael Garrison (born November 28, 1956 in Roseburg, Oregon, died on March 24, 2004 in Bend, Oregon) was a synthesist from Oregon, United States. He was influenced by the European innovators of electronic music, like Klaus Schulze, Tangerine Dream, and Jean Michel Jarre. 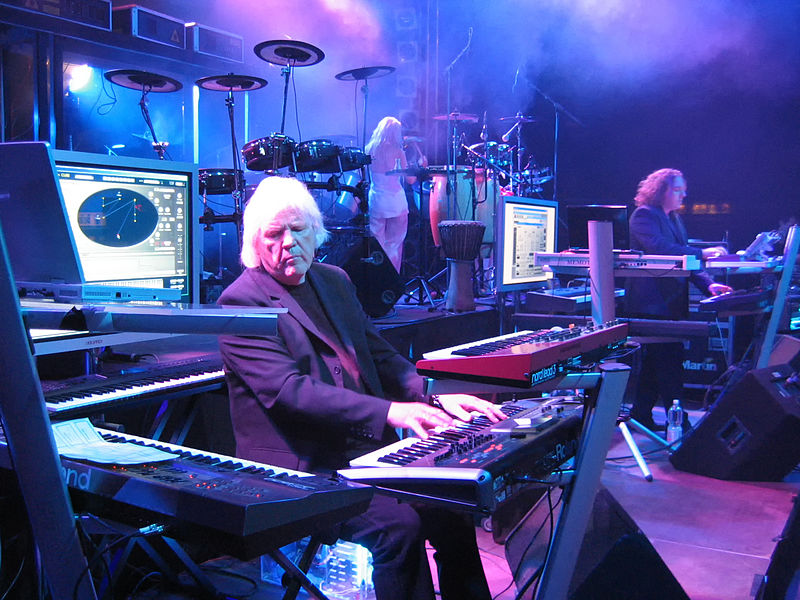 Edgar Willmar Froese (6 June 1944 – 20 January 2015) was a German artist and electronic music pioneer, best known for founding the electronic music group Tangerine Dream. Although his solo and group recordings prior to 2003 name him as "Edgar Froese", his solo albums from 2003 onward bear the artist name "Edgar W. Froese".

There where many Electronic Music " Pioneers " long before those you named. Electronic music began over 100 years ago.

Here are a couple of examples, again before those you named.


Telstar By The Tornados ( Joe Meek Production ) from 1962

Thanks for posting. These two influenced me. The others you mentioned were also among my favorites back mid 70s.

Thanks for posting the music

posted on Sep, 22 2016 @ 01:51 PM
link
I was first caught up in 'electronica' by Dick Hyman "Minotaur" in 69 which was the first billboard ranked Moog music album. During that time there were bits and pieces of moog and electronica sprinkled through out the more adventurous pop and rock groups. But the one that really set me off was Terry Reilly's "Rainbow in Curved Air".

Though the piece was extremely complex it held a certain 'minimalist' quality that eventually lead me to other ambient minimalists such as Brian Eno and super minimalist John Adams. Michael Sterns and later Steve Roach have stirred me.
Back in the day, before ambient and electronica could be found on line there was a weekly radio program called "Music from the Hearts of Space" that played late on a Sunday night. With the kids in bed asleep I would put on the ear phones and drift off listening to 'Nada" and "Cosmic Unfolding". One of my favorites was "Sea of Bliss" by Don Slipian.

Though I missed this Garrison fellow ( a native of Roseburg Oregon where I live now) I did spend some time with the music types you offer above but over time left off from it preferring the stuff with less of a 'disco' style rhythm, in deed much with no rhythm at all.

It amazes me now that we have the internet to find that over the last 40 years so many musicians have delved into electronica, ambient, and the like. There is such a plethora of stuff now that we could listen to things we have never heard before for the rest of our lives.
Though certainly I have loved Tangerine Dream to a degree, I had not heard of Froese as a soloist. I liked those you posted above and so thanks for that. Add 'Stars of the Lid' to your list

posted on Sep, 22 2016 @ 08:00 PM
link
I'm surprised you didn't mention Canadian Bruce Haack. I had his Electric Lucifer album. I personally didn't really like it at the time, but I didn't know about his background or history either.

posted on Sep, 23 2016 @ 11:01 AM
link
I don't know much about electronic music, my musical taste tends more towards Metal, Blues and Rock n' Roll in general, but I always loved the nostalgia feeling I get from good electronic songs. Thank you for this thread, really good stuff here. Garrison is just fantastic.
Good stuff is still being made today because of what those guys made in the past. Well...in fact I don't know if this is good to more electronic accustomed ears, but I just love the works of this guy here:

Carlos came to prominence with Switched-On Bach (1968), an album of music by Johann Sebastian Bach performed on a Moog synthesizer which helped popularize its use in the 1970s and won her three Grammy Awards. Its commercial success led to several more keyboard albums from Carlos of varying genres including further synthesized classical music adaptations and experimental and ambient music. She composed the score to two Stanley Kubrick films, A Clockwork Orange (1971) and The Shining (1980), and Tron (1982) for Walt Disney Productions.