On Hilary Clinton's website, she has an article titled "Donald Trump, Pepe the frog, and white supremacists: an explainer", with an equally hilarious sub-heading: "That cartoon frog is more sinister than you might realize".

Here’s the short version: Pepe is a cartoon frog who began his internet life as an innocent meme enjoyed by teenagers and pop stars alike.

But in recent months, Pepe’s been almost entirely co-opted by the white supremacists who call themselves the “alt-right.” They’ve decided to take back Pepe by adding swastikas and other symbols of anti-semitism and white supremacy.

“We basically mixed Pepe in with Nazi propaganda, etc. We built that association,” one prominent white supremacist told the Daily Beast.

Trump has retweeted his white supremacist supporters with regularity, but the connection between the alt-right and his campaign continues to strengthen. Trump has been slow to disavow support from Ku Klux Klansmen and white supremacy groups, and he recently hired Breitbart.com’s Steve Bannon as his campaign CEO (and Bannon isn’t shy about the fact that his “news” organization is the “platform for the alt-right”).

Now white supremacists have given Pepe the cartoon frog some Trump hair—and the candidate’s own son says he is “honored to be grouped with” him.

In an interview with TheDailyCaller, Jared mocks the readiness of journalists and their obsequious followers to believe anything. This includes none other than Hilary Clinton.

“Basically, I interspersed various nuggets of truth and exaggerated a lot of things, and sometimes outright lied — in the interest of making a journalist believe that online Trump supporters are largely a group of meme-jihadis who use a cartoon frog to push Nazi propaganda. Because this was funny to me,” Swift told TheDCNF.

“The idea that every major Trump supporter online is secretly a neo-Nazi, for one. I mean, it’s just not true. But it’s the kind of thing that a journalist will readily believe.”

Unbelievable how nicely they used Pepe for this. 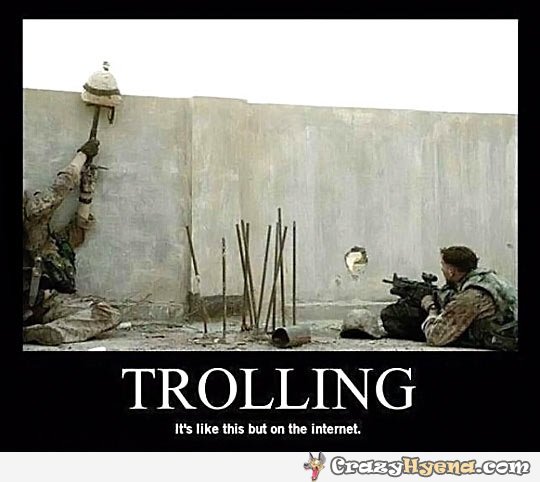 Not many choices left for the Clinton/Democrat Campaigns.

It will be all over soon.

Yes and no. Clearly the Clinton campaign has no idea how to deal with trolls. However, I was reading this article and a follow up to yesterday and it seems like Nuzzi got duped first.

However, that's not exactly the end of the story.

I don't think I can post any links to it but I know for a fact that the Daily Stormer has been using Pepe for a while now (at least back to 2015) and if you're familiar with the latest wrinkle in the Trump/Pepe/Kek... hmmm.. I'm not sure what you'd call it... there's a "thing" now about how through the power of chaos magick, Pepe who represents Kek, an ancient Egyption frog-headed god of primordial chaos, is behind among other things, any success in Trump's campaign.

At any rate, Daily Stormer has a long piece entitled "Esoteric Kekism, or Kek as a Bodhisattva of Racial Enlightenment" which you can find via a search engine. Also, ProudBoy Magazine has this piece: The Internet is Probably God and Meme Magic is Real . ProudBoy being a white nationalist "magazine" site that attempts to rebrand white nationalism as "Western Chauvinism."

The fact is Pepe is a meme that HAS been used by possibly millions of people in different ways, many of whom have no idea what else its used for (and frankly could care a less) — however, it is also being used by neo-nazis like those at Daily Stormer and white nationalists as well.

The whole "Esoteric Kekism" thing is another ball of wax altogether so that adds a whole different wrinkle because it's at least mostly a parody religion (like the Church of the SubGenius, Discordianism, Church of the Flying Spaghetti Monster, etc — even The Church of Satan can be loosely defined as such)... however (you knew that was coming) there are those who believe that through the power of "choas magick" (or now "meme magick") even worship of fictional dieties can have real world consequences.

All of this nuance and murkiness is why an "explainer" is one of the dumbest things her campaign could have attempted. Utter fail. 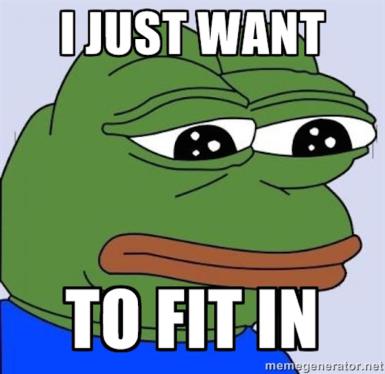 posted on Sep, 20 2016 @ 03:59 PM
link
When Clinton and her campaign acknowledged the existence of the harmless meme known as Pepe and attempted to label it as this huge symbol of alt-right nazi supremacy, they gave it more power than ever before.

They literally helped create this monster that is giving them nightmares. 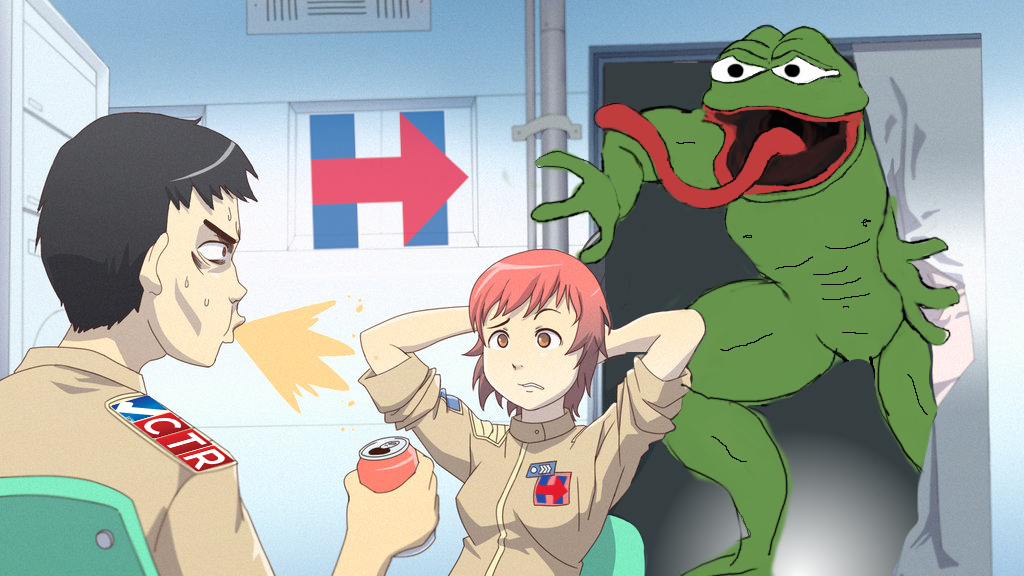 I had never heard of Pepe until all his recent exposure. Now, in the past few days, the memes are just flooding in. 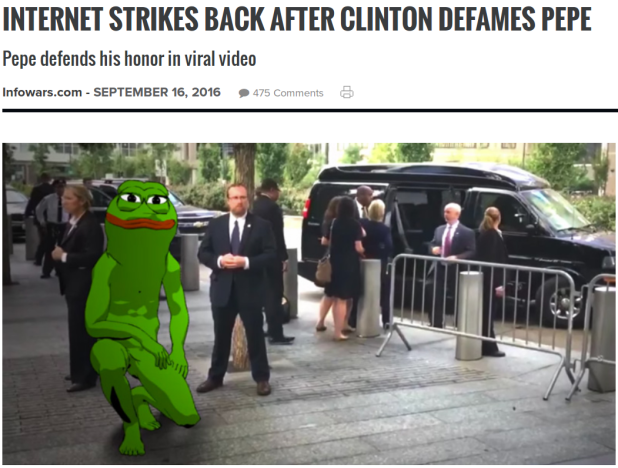 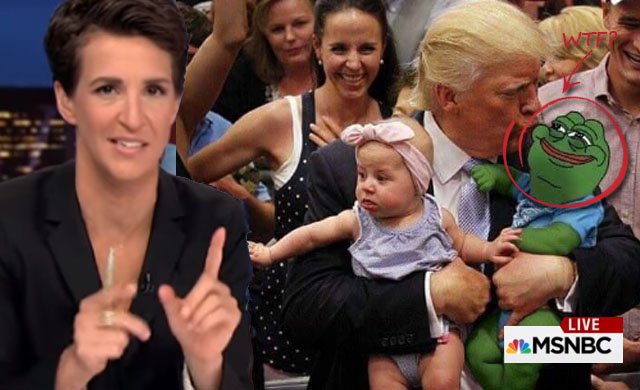 Too funny, this is what happens when a 70 year old
tries to be cool on the internet.

posted on Sep, 20 2016 @ 04:26 PM
link
I read that on the Clinton site, having no idea what it actually was. Thanks. I just shook my head at the time and said 'These guys are nuts.' I guess I was kinda trolled by it, too. I thought Clinton & Co actually believed it. Well, I guess they actually did, Hmm, so I wasn't actually trolled. Maybe I was semi-trolled. Hell, I don't know! It is obvious, though, that the site is run by a bunch of amateurs.
edit on 9/20/2016 by schuyler because: (no reason given)

Of course she got trolled.

It's all fun and games until the trolls take it too far with the parody religion. As I said in another thread, if the Clinton campaign was smart they'd find a way to get that out to the fundies in the heartland that "Pepe" was being used to represent a frog-headed god from ancient Egypt (frog-headed gods mocked by Jehovah with plague of frogs) and "worshipped" by people who believed that it was bringing Trump to power all antichrist like.

Right now they're using Pepe memes to "take back control of Pepe"...


It's a Pepe war between every single demographic who all think they have exclusive rights to a frog cartoon...