Faced with the pressure of all these calls for an investigation, it seems that Pam Bondi might be cracking under the pressure.

It all started with revelations of Pam Bondi soliciting $25,000 from Donald Trump the same week her office dropped the investigation into scam Trump University despite complaints by Florida residents. The bribe (who are we kidding folks?) was of course paid illegally from the Trump Foundation, Donald Trump's slush fund for such things as illegally settling lawsuits — a fact which the lying crook tried to cover up for by lying on tax filings. In addition to bribing Bondi with other people's charitable donations, Trump further sweetened the deal by waiving the $150k fee for renting Mar-a-Lago for Bondi's $3k a plate fundraiser — a fee he charged his own campaign — which netted the deplorable AG $150k in donations or more.

The ethically challenged Bondi is drawing straight from the Trump playbook by blaming the media for her indiscretion. Wait for the twisted logic.

Giving back the contribution also was never seriously considered, she said. "If I had returned it, you would have reported, 'Bondi accepted bribe, got caught, and returned it,'" she said. "There was nothing improper about it, so there was no reason to return it."

If she had returned the bribe that she admits to having solicited, the media who knew nothing of it for nearly two years would have accused her of taking a bribe and returning it.

Are you freakin' kidding me? Hold on a minute folks. I'm going to go eat a bunch of lead paint chips, huff some spray paint and beat my head against the wall for a couple hours. I figure that's just about what it would take for that garbage to come close to making any sense.

To be fair, Bondi is quoted in the article as saying, "I would never, ever trade any campaign donation — that's absurd — for some type of favor to anyone," 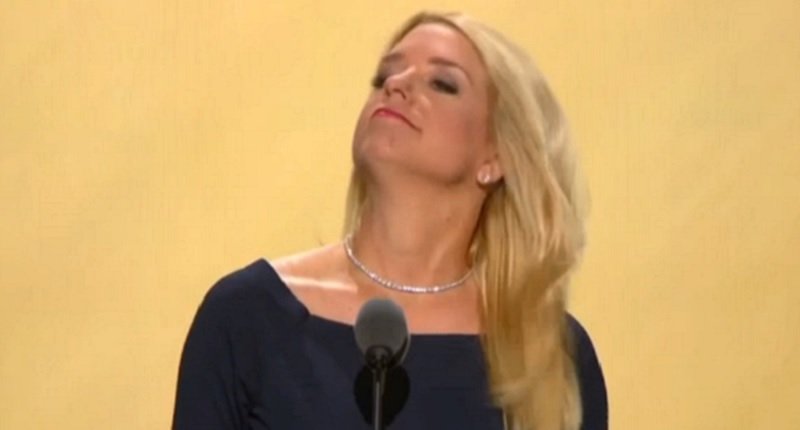 image source
edit on 2016-9-20 by theantediluvian because: (no reason given)

So funny to me that all of these Attorney Generals, who are supposed to represent fairness, justice, and integrity for their states, are coming under fire for their questionable decisions.

I wonder, Is Pam Bondi as crooked as the Pennsylvania Attorney General, Kathleen Kane?

Yes, Kathleen Kane is a real scum bag too and it sounds like she also uncovered a bunch on dirt on her predecessor to use for political gain. What a disaster. The most ironic part is that it was her own efforts to smear everyone else that ended up leading to the investigation that did her in.

So yeah, you have to wonder how corrupt AGs are in general.
edit on 2016-9-20 by theantediluvian because: (no reason given)

posted on Sep, 20 2016 @ 05:51 PM
link
All this Trump corruption stuff is coming out thick and fast, even without the help of the alternative media.

However, notice that WikiLeaks is completely silent. I wonder how much information Assange is deliberately covering up for Trump.