10 Things Trump Supporters Are Too Stupid To Realize

Donald Trump is amassing an army of Neanderthals who only pay enough attention to politics and current events to bitch about how much they hate Obama. If you’re a Trump supporter, then yes, I’m talking about you. You’re an idiot. In fact, it’s worse than that… you’re an idiot by choice.

2. Trump Used To Support Gun Control. He was big on banning assault weapons

this ones a goodie, he supported the one everyone else hates now, lol at trump he must be so dumb

3. Trump Supported Hillary Clinton! Speaking of Hillary Clinton, guess who was a big supporter of hers until recently? Donald Trump, that’s who. He financially backed her Senate campaigns repeatedly, and made a yuuuge donation to the Clinton Foundation of more than $100,000 as well. Hillary Clinton sat front-row at Trump’s most recent wedding in 2005, too (Bill was at the reception). He’s been in cahoots with the Clintons in the past. I guess you have a new catchphrase now? Trump “Pals Around With Clintons?” Let’s see if that one catches on.

7. Trump Hates Poor People… Including You. Most of Donald Trump’s supporters are poor. You might hope to be wealthy like The Donald someday, but chances are, you won’t be. Sorry to be the bearer of bad news, I’m just being honest with you. And because you’re poor, Donald Trump thinks you’re a stupid person who doesn’t deserve to vote. Those are his words, not mine.

yes he makes everything up

10. Trump Lies To You Constantly. The worst part is, he doesn’t appear to realize he’s doing it. Remember when Donald Trump told you that unemployment was higher than the government claims? Yeah… he was making that up. The real unemployment number is 4.9% (as of this article being written). That’s using the same metric we’ve measured every American President by since the 1940’s. The other, higher number? Yeah… that’s made up. Trump wants you to believe that as much as 50% of the country is unemployed, but there’s literally no proof of that whatsoever. He just pulled that number out of his orange ass, and you’re stupid, so you believed it.

Donald Trump is the worst kind of idiot there is: a dangerous one. He’s a short-fingered trust-fund baby with a comically absurd hairdo, hell-bent on becoming the president for personal gain, and he’s willing to say whatever stupid people want to hear in order to achieve that goal.

TheKnightofDoom
+27 more
posted on Sep, 20 2016 @ 02:55 AM
link
Calling people idiots isn't on really it doesn't help your cause it makes people dig in.
Would have been better just pointing out views instead of name calling but that appears to be US politics at the moment.
Oh and just to add many Trump supporters are intelligent decent humans who are on ATS and they have had enough of the current system and can see a way out through trump, I don't like either candidate but I respect the feelings people have at the moment....just both bad choices.
edit on 20-9-2016 by TheKnightofDoom because: (no reason given) 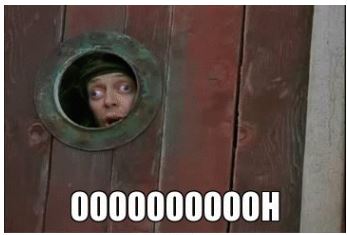 Donald Trump is the worst kind of idiot there is: a dangerous one. He’s a short-fingered trust-fund baby with a comically absurd hairdo, hell-bent on becoming the president for personal gain, and he’s willing to say whatever stupid people want to hear in order to achieve that goal.

Hard to argue with that statement.....

This should be a fun thread just getting my bowl of popcorn and i will be back...

Whats this user name stuff? you and another have mentioned his user name what are you implying I don't get it?.

Way to go with an article that reads like it was written by a tumblr blogger, including insults.

See, this type of vitriol doesn't do you any favors, and neither does it give me any inclination to actually wanna listen to any of your reasons or posts.

Then again, no one likes to feel like they are being brow-beat by an emotional teenager who can't carry on an intellectual conversation without insulting the other participants.

I miss the days when a political debate on presidential candidates was more about their policies and ideas, instead of emotional-knee-jerk name-calling.

Well, he isnt the sharpest knife in the drawer. I think most people know that.

It is a rather inflammatory article this much is true and I would not venture so far as to call all Trump supporter idiots, however I would say that they are absolutely being duped by a clear psy-op.

He is an actor doing a masterful job, with the assistance of the media, of creating the image that the social engineers knew would garnish the support that it has, he is some kind of revolutionary!

The Clinton connection is far to strong for there to be any question that he is simply a puppet being used to further the globalist agenda, with the added touch of making conspiracy theorists look like a bunch of deplorable bigots/homophobes/islamaphobes... touche!

They are all correct. You get an A,

Lol. The guy was born with a silver spoon in his mouth.
Trump has never had a real job, he has never worked for a minimal wage and I bet that he hasn't done an honest day's work in all his life. I know I know, he has small hands but damnit people with small hands can flip burgers too Luckily trump never had to attend a job interview because his father was rich.
How can someone who has earned money same way as every elitist by paying minimal wages and bribing politicians be anti elite lol ?

posted on Sep, 20 2016 @ 03:42 AM
link
If Trump is a racist (as per Hillary).
He supported her, donated to the Clinton Foundation, plus she and bimbo bagging Bill visited Trumps Wedding.

Doesn't make that Hillary a racist-apologiser?


(I am new to this SJW language crap, so sorry if I used the wrong label ;-)


How can someone who has earned money same way as every elitist by paying minimal wages and bribing politicians be anti elite lol ?

I am not sure but i think it may be some form of mental gymnastics....if not the article is right...its stupidity...

We all know he isn't very smart and will p*ss off almost every government. Why would that be sarcasm? We are talking about the most powerful ountry in the world. Not the most valuable building in NYC.

Also, he does not own most of the things his name is on. He does not own a lot of property. That is the reason he won't release his tax returns. He is not worth as much as he wants us to believe. I don't care if the President is rich or poor, but he is trying to pull a fast one. I don't like that. He is a con man. his foundation has about 1.3 mil ion it when * oprah has 2.4 mil. And he won't release the numbers. I think it is beause he is not good with numbers, at least.

I am thinking he is not good at a lot of things and the most important being: International diplomacy. Knowing what a President does. Who our allies are. I could go on and on,,,,but he is missing vital information that you cant just 'learn on the job'. Besides being A Jerk, in general.

Wow, you stretched that as far as it would stretch.

Wow, you stretched that as far as it would stretch.

No, I stated facts. I actually held back.

I see the Trump people are awake, looking at your stars.
edit on 20-9-2016 by reldra because: (no reason given)

They are no facts, they are you personal thoughts about him, based not on watching his speeches, but what your leader says, including mainstream media. No question in my mind, that you have zero knowledge about Donald.

If Trump isn't very smart, I wish I was that stupid too! If that would get me billions!

originally posted by: Nikola014
a reply to: reldra

They are no facts, they are you personal thoughts about him, based not on watching his speeches, but what your leader says, including mainstream media. No question in my mind, that you have zero knowledge about Donald.

If Trump isn't very smart, I wish I was that stupid too! If that would get me billions!

I actually have a lot of lnowledge about him borat. his speeches are horrendous.