A former Scientologist confronted a City Council candidate at a California meeting, where she revealed they both had been sent as spies by the group to harass one of the church’s critics.

Paulien Lombard, who has since left the church, addressed a City Council meeting in Garden Grove, describing how she and candidate Clay Bock had been sent by Scientology’s spy wing, the Office of Special Affairs, to intimidate a man who’d been protesting outside the group’s “Int Base,” reported Tony Ortega.

Ortega, who served as Raw Story’s executive editor from 2013 to 2015, reported that Lombard had described the mission — which targeted Francois Choquette — to reporters and city officials before, but she had never revealed her accomplice.

Did she just insinuate that Scientologists are instructed to impersonate certain 'intelligence agencies' in order to intimidate defectors?

How anti-religious and totally not PC of her!

In the late 70s eleven top executives of the Church of Scientology were put in jail for infiltrating government and for stealing government documents and for breaking into government offices.

She is of course referring to Operation Snow White.

Operation Snow White was the Church of Scientology's internal name for a major criminal conspiracy during the 1970s to purge unfavorable records about Scientology and its founder L. Ron Hubbard. This project included a series of infiltrations and thefts from 136 government agencies, foreign embassies and consulates, as well as private organizations critical of Scientology, carried out by Church members in more than 30 countries.[1] It was one of the largest infiltrations of the United States government in history,[2] with up to 5,000 covert agents.[3] This operation also exposed the Scientology plot 'Operation Freakout', because Operation Snow White was the case that initiated the US government investigation of the Church.[3]

Under this program, Scientology operatives committed infiltration, wiretapping, and theft of documents in government offices, most notably those of the U.S. Internal Revenue Service. Eleven highly placed Church executives, including Mary Sue Hubbard (wife of founder L. Ron Hubbard and second-in-command of the organization), pleaded guilty and were convicted in federal court of obstructing justice, burglary of government offices, and theft of documents and government property. The case was United States v. Mary Sue Hubbard et al., 493 F.Supp. 209 (D.D.C. 1979).

Yes, the largest case of internal espionage perpetrated by its own citizens in the history of the US to this day was carried out by Scientology on behalf of their beloved founder.

But I'm an ass for even bringing it up (say the Scientology sympathizers).

Here's the video of the councilman's reaction, oddly with no sound (click to turn on subtitles):

If anybody knows where to find another copy of the Councilman's reaction, one with sound, please reply with a link to the video.

Bock was actually in attendance when Lombard outed him as a Scientology spy, and the stunned City Council candidate nervously addressed the meeting afterward.

“I had no idea Paulien would be here or that this would be an issue,” Bock said.

Bock, who is deeply tied to Scientology’s anti-psychiatry front group, the Citizens Commission on Human Rights, went on a lengthy rant against psychiatry and defended his views.

“We have our haters, and you could say it’s like the KKK and African-Americans,” Bock said.

Did he just compare the service that great woman (who, judging on her accent isn't an American national) did for the US to institutionalized black racism and the civil rights movement?

The nerve of that guy!

Now with the humblest of civility and decorum, let us discuss the matters at hand in a respectful, compliant manner. 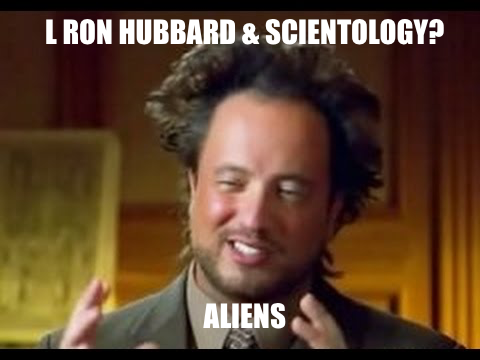 posted on Sep, 19 2016 @ 06:49 AM
link
I do not doubt this woman for a second.
Everything I've heard about that group points to some very dangerous people who will stop at nothing to control their members.
edit on 19-9-2016 by DAVID64 because: (no reason given)

Thanks for exposing this and keeping it relevant.

If people have not seen "Going Clear" yet they should watch it. 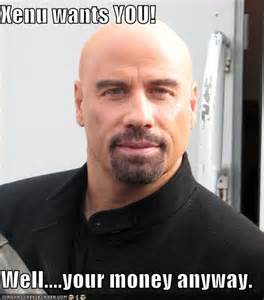 
i like how he tells a story about going to a protesters home to harass him like thats a totally normal and acceptable thing to do....

It still boggles my mind as to how someone could be tricked so thoroughly into committing such actions and belief such things. Of course, I don't blame the individual scientologist, as the video said, they are simply misguided. The totality of Scientology, however, is bassically a corporate depiction of psychopathy.

That's so weird. The other video's sound plays just fine for me but the one of the councilman is mute.