The New York City Police Department takes in millions of dollars in cash each year as evidence, often keeping the money through a procedure called civil forfeiture. But as New York City lawmakers pressed for greater transparency into how much was being seized and from whom, a department official claimed providing that information would be nearly impossible—because querying the 4-year old computer system that tracks evidence and property for the data would "lead to system crashes."

Really? Really. Your 4-year-old computer system, that's a computer system from 2012, would have "system crashes" from counting the money you seized...

I mean, if you're going to make excuses at least make a better one than "my computer can't count to $12 billion".

I would be just as curious to know how much of this money was actually proven to have been gained illegally from the people it was seized from.

Well, heck, hand me one of those cash counting machines, and a legal pad, and some bill wrappers, and I'll count it for them. Very small fee, say 2%. No computer needed. Willing to start as soon as they can fly me in.

posted on Sep, 18 2016 @ 11:02 PM
link
So it looks like they use the same format for their body cams and dash cams, the format of we only work when it is convenient or makes us look good....scamming thieving criminals ...and they get to do it all while hiding behind the badge.... its a friggin disgrace


In the middle of the night in March of 2012, NYPD officers burst into the Bronx home of Gerald Bryan, ransacking his belongings, tearing out light fixtures, punching through walls, and confiscating $4,800 in cash. Bryan, 42, was taken into custody on suspected felony drug distribution, as the police continued their warrantless search. Over a year later, Bryan's case was dropped. When he went to retrieve his $4,800, he was told it was too late: the money had been deposited into the NYPD's pension fund.


The NYPD has also refused to show public defenders the exact legal mechanism that allows them to seize their property.

"It is unclear how exactly Mr. Bryan's money ended up being placed in the NYPD Pension Fund," Vichal Kumar, Bryan's public defender, wrote in an email. "One possibility is that there are other internal agreements or memorandums that are not public knowledge that supplement the provisions of the statute and allow for such distributions. Though I would suspect that without further litigation, it may never be known exactly how this occurred."

Criminals will be criminals.

posted on Sep, 18 2016 @ 11:38 PM
link
Lying sacks of poo, how do you fix something that is rotten right at the top.
Lawsuit awards against the police should be taken from pension funds if they are topping it with money stolen from people not convicted.

posted on Sep, 18 2016 @ 11:50 PM
link
Everyone is probably dipping into the money and the computer would crash trying to make the numbers match the inventory. Twelve million bucks can not equal a ten thousand bucks no matter how new a computer you use, it will never balance that.

What im getting from the article is they cant take the system off line in order to generate the report. Keep in mind the NYPD has over 50k employees and the largest bulk of those employees are commissioned officers. NY is broken down into precincts and each of those precincts cover a large population (millions of citizens).

Hell ive seen the computer system crash for a large police department in my neck of the woods and not only did it knock data entry (evidence / property / items / intake / release) offline it also crashed part of the MDT system for the patrol cars. That department has over 300 officers so I can only imagine the mess of 50k employees.

posted on Sep, 19 2016 @ 04:17 AM
link
Pretty half arsed excuse imo, makes you wonder what they're trying to hide... If you can't process multiple years worth of data in a single transaction, then you split it up into multiple smaller transactions. Generate weekly reports for FY08, rinse and repeat till you get to the current week of the current year, then do another batch job to using the weekly figures from each report.

Banks process billions of transactions every day without breaking a sweat, so to say it's not possible to do what's being asked of them is rather disingenuous.

originally posted by: Gothmog
What are they using ? Vic 20s ? From the late 70s ?

No think they said it was a Timex Sinclair 1000

That is literally the worst excuse you can possibly give me. It also means nothing.

This is just negligence by the NYPD and budgetary cheapness.

probably they"ll say 1982 Amiga pc "Seized" 4 years ago and to save taxpayers money they are running the books from it!!!
Another instance of " lets see if they"ll buy it, we are NYPD! untouchable "

that said, since we are talking about civil forfeiture....if they are not able to provide the technology needed to track it adequately, it just means that they forfeit too much cash.

If you can't track it, you shouldn't be allowed to seize it.

Actually, you shouldn't be allowed to seize personal property. Its a travesty of justice.

This is just negligence by the NYPD and budgetary cheapness.

Negligence is the long and short of it. How do they prove that their theft from the public is justified if they can't even keep track of it?

And how much cash actually goes home in the pocket of an officer if they aren't tracking it?

Sounds like being an NYPD officer is quite lucrative. 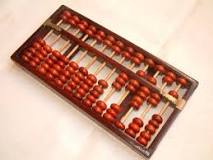 these rarely crash. And with a little time, will provide the correct answer to the question.
Much better than the lame excuse used.