Here is an audio clip of American legislator John Grumpart on a CBC radio show.
The DJ is asking him why he wants Canadians banned from driving in the US.

It's a 5 minute audio clip and it's worth a listen.
This guy is the epitome of ignorance and stupidity. And he helps to make laws ffs!

Here is a couple of his arguments for any who can't listen to the clip:
~Canadians drive at 110 mph on the highway.
~They would need to use an app while driving to convert kph to mph.
~Canada has no multi lane highways like the US does.
~Canada has 2 lane gavel highways.
~Canadians drive on the wrong side of the road, like in Europe.

Thus we are a danger to Americans.

I'm lucky to still be alive, driving 110 mph on 2 lane dirt roads 😳, on the wrong side of the road.
Or does that make us just really really good drivers? I've never crashed into my igloo yet, so that's something to be proud of. 🙄

Each and every one of those facts you listed he was quoted as saying are wrong. What is in the water down there?

This came across my facebook feed...I didnt check it...but one the comments was that it was satire..

You know what?
You're absolutely right.


This is That is an award winning satirical current affairs show that doesn't just talk about the issues, it fabricates them.

Sorry all, turns out I got all excited and didn't scroll down far enough to see the above quote.

When I first heard the clip I thought this guy can't be serious, guess I should of trusted my first instinct.

Good catch Tucket and thanks for clearing it up.

Well I plan on hooking up my Toboggan to the dog team and heading to DC to protest . silly merican .

You are not the first and wont bee the last to get caught by that show . I really enjoy when ever I get the chance to listen .Pure gold is the way I would describe it :>)

Yeah, I should of looked a little deeper but being CBC, satire was not at the front of my mind.
Not to mention my head almost exploded at the things he was saying.

Guess I wasn't thinking straight. This is why I don't start many threads.

It's perfectly understandable that we Canucks tend to get confused from time to time... A strict diet of whale blubber and Arctic Char tends to fry the neurological synapses.

I know this to be true because my eskimo shaman friend told me so.


... now if you don't mind, I have my team of polar bears to tend to (we're entering the national "Nunavut 1200 Metre Sprint Races" in October).

Best of luck in the races eh!
Don't forget to bring along lots of back bacon and maple syrup, also your toque it'll keep you warm. 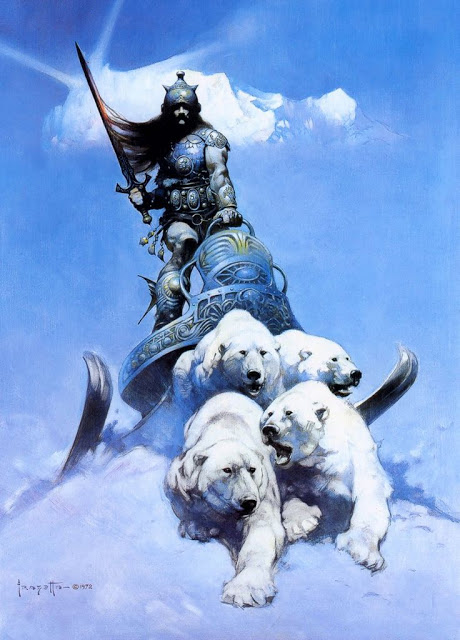