posted on Sep, 15 2016 @ 05:10 AM
link
The creation of the Shed has inspired me to start a thread. The Shed focuses on the production of a fictional story though. Instead, here in the Stall (named as such because in the old days, stalls were places where merchants could interact with the entire world), I propose that we focus on, quite simply, mutual respect for members from all around the world.

Many leaders have promised us that one day they would make the people of the world stand together on world issues. However since leaders have a taste for war, this promise has been empty. So why not show that it's possible, by doing it ourselves?

I invite people from all around the world to join the discussion in this thread. We can get along, and we here have an opportunity to prove it.

Topic of discussion: post an idea of yours which could help make the World a better place.

I am from Quebec, that's a province in Canada: 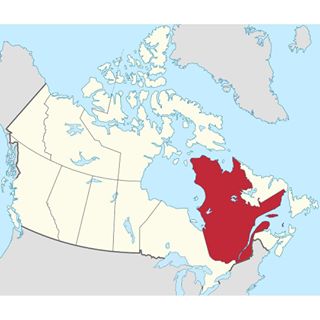 It's a cold place up here, so we have a great deal of sense of energy production and saving. Our electricity is clean, as it mainly comes from a hydroelectric plant near the Hudson Bay.

As a way to mitigate pollution I propose we build vertical, farm towers. 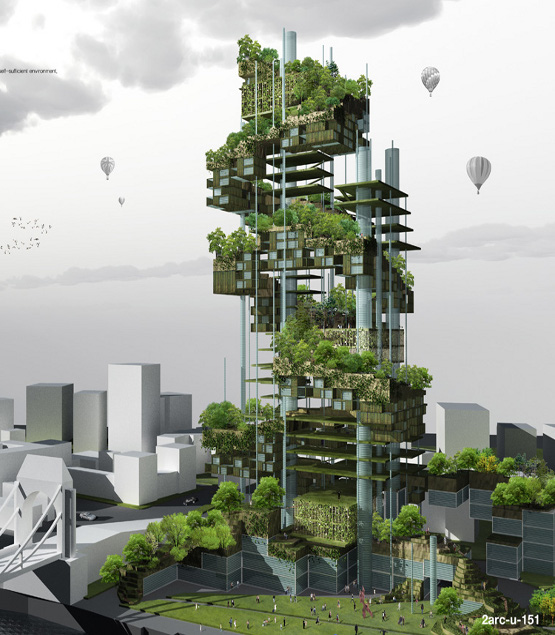 I think the idea is genius. It helps to prevent deforestation, because the farming area is vertical instead of horizontal. It is also more easy to make use of hydroponics principle, which is very energy-efficient. Water is much easier to manage; instead of wasting away the surplus simply drips down to the lower level. As a bonus, it'll be particularly efficient in areas with low Sun angle, such as here in Quebec but also New York.

I'm from Buffalo, NY. It's cold here too. Just South of swanne.

I have always liked the idea of tiny houses and retrofitting shipping containers for living spaces. We do have Habitat for Humanity here and The United Way....they do some renovation of homes with volunteers, but they both seem to be charities top-heavy on administrative costs (The United Way is the worst).

Here is a shipping container home: 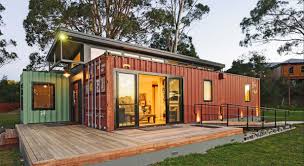 Here is a tiny home:

I would live in either one. I think these designs could be used to solve the growing homeless problem and provide affordable rents or first home prices.
edit on 15-9-2016 by reldra because: (no reason given) 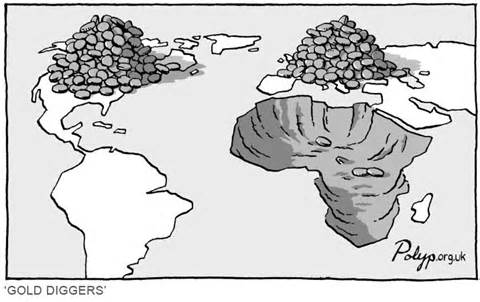 My humble idea is to Nuke politely EU and US and after 200 years after Afghans come to look for expansion here, they find our plan for sustainability. 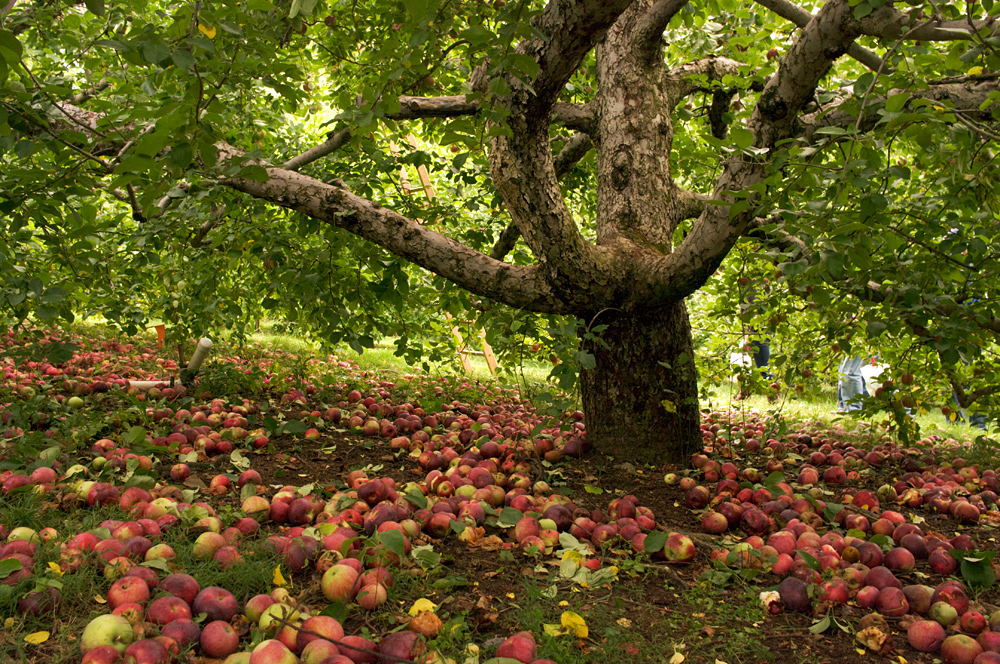 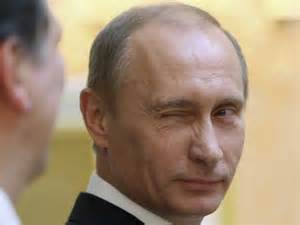 posted on Sep, 15 2016 @ 11:06 AM
link
a reply to: swanne
I am intrigued by Michael Tellinger’s Ubuntu Contributionism, the concept that "If it's not good for everyone it's no good at all."

... argues that Ubuntu is at the root of African philosophy and being. The African tree of knowledge stems from the Ubuntu philosophy, a wellspring that flows within African existence and epistemology in which the two aspects Ubu and Ntu constitute a Wholeness and Oneness. Thus Ubuntu expresses the generality and oneness of being human. Thus Ubuntu cannot be fragmented because it is continuous and always in motion.

I live somewhere around this dump. 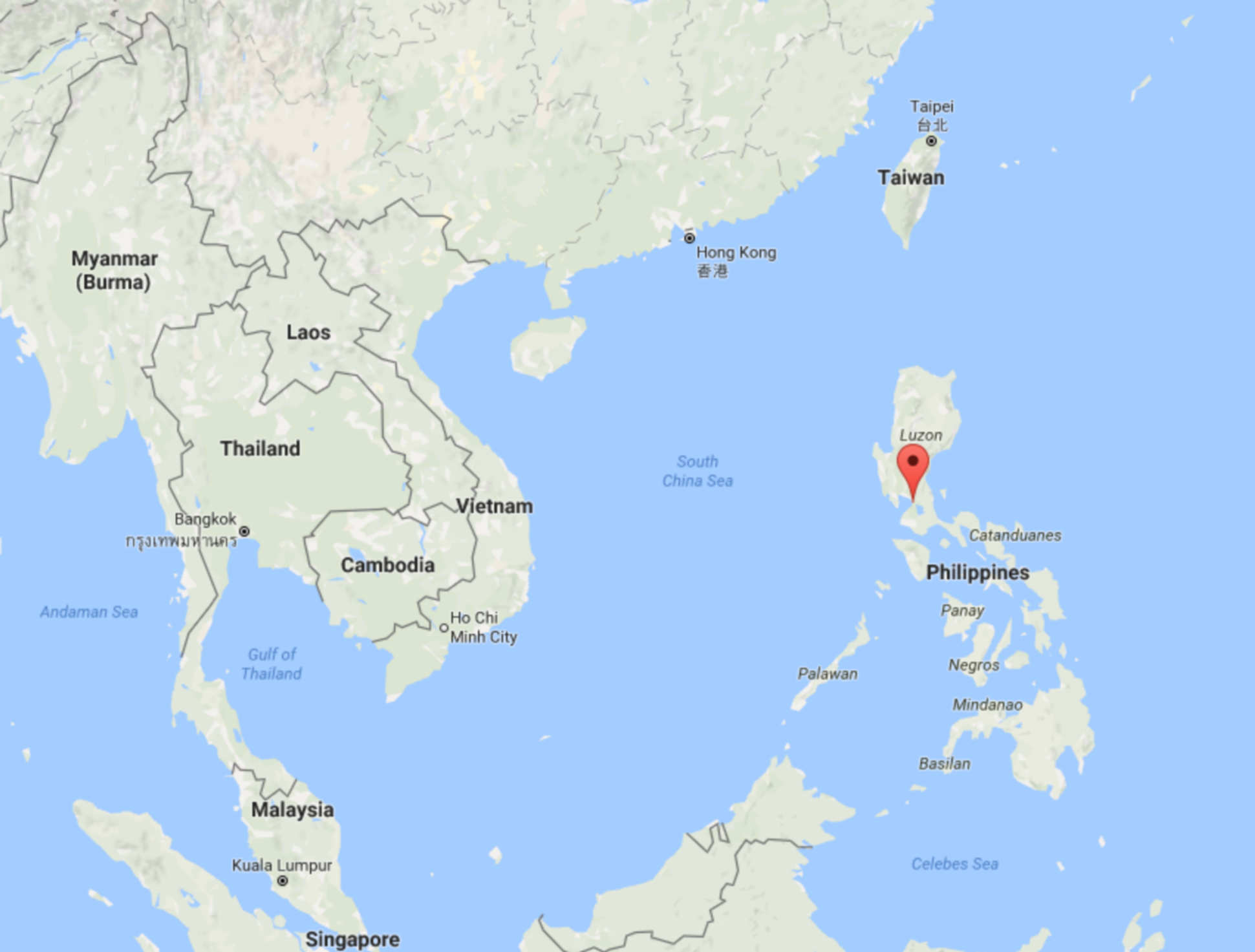 Great idea for a Thread John! I was going to mention the tiny houses for homeless. However, Reldra beat Me to it!!lol!! It figures. I am always a day late, and a dollar short!!

Buffalo, eh? Given your username, I was sure you were Scandinavian or something, hehe

I like the idea of tiny houses. Some of them are even small enough to move around with a truck, which is a Major Advantage.

I think these designs could be used to solve the growing homeless problem and provide affordable rents or first home prices.

Not to mention energy efficient (smaller area to heat / cool).

This is in my opinion one of the best tiny houses efforts to date:

Revere the earth and be filled with kindness and compassion for others.

I am glad you think so, as this thread was heavily inspired by your own the Shed threads!

Your current signature is pretty awesome BTW - a good reminder to us all.

Hi mate, how are you doing; how is your health?

Something I think would help at least some people be more compassionate, is to make them spend a whole day, in someone else's life. And then have them work at an animal rescue, or shelter for a day. Humans sure aren't the only ones that need compassion.

I worry too many people are loosing their compassion.

I haven't read deeply into the topic yet, but I must say that at first glance, Contributionism sounds alot like an ideal philosophy. It can be made compatible with almost all movements and ideas, which is, in my opinion, the true mark of a good, modern philosophy.

I myself am an Empiricist, and for now I have seen no disagreement between Empiricism and Contributionism.

Thanks for sharing this idea! It's most thought-provoking!


I'm from Virginia, and my idea is irrelevant to where I come from.


I say-- Any father who abandons his child/children and the mother of their child, should have child support money deducted from their paycheck, and if they don't work, the money should be debted to them.

I am a big proponent of RAK (Random Acts of Kindness) myself. Anytime I get the opportunity I give a little something to some random person, in fact by doing this I am keeping up with a family tradition.

The joy on the faces of some... The world could do with more RAKs.

And lastly but not least

Agreed, it's getting out of hand.

This giant island of floating trash in the Pacific is particularly chilling.

What methods do you propose we use to solve these problems?

I used to be big on recycling. Start small at home.
Turn off lights in rooms you're not using. Learn not to stomp on the gas every time you drive. Do larger less frequent loads of laundry, find environmentally friendly detergent. Find and contribute to a reputable foreign child aid program, We can go without that 'Latte' for one day

However an idea comes to mind - I am already familiar with electrolysing water to get hydrogen gas and oxygen gas.

I wonder if the same could be possible for CO2, and separate it into oxygen gas and solid carbon (which could then be used to form graphene, which is a miracle material).

Those pictures are so very powerful! They sure do put things in perspective. I agree with you whole heartedly!

I politely disapprove with this idea.

Nuking will leave radioactive material all over the place, causing irreparable mutagenic damage to all of the ecosystem.

posted on Sep, 17 2016 @ 02:43 AM
link
a reply to: swanne
Me too, I'm still trying to read up on the topic which might sound like a modern philosophy but could actually be a very, very old concept.

Do you think that the farm tower concept will work if adopted exclusively to cultivating marijuana? It's a suicidal thought if I ever tried to advocate it here in the Philippines. The irony is it could be good for everybody.