page: 1
32
<<   2 >>
log in
join
share:
jeep3r
+13 more
posted on Sep, 9 2016 @ 03:42 PM
link
Mars is still good for a surprise or two: while checking the south polar region for anomalous terrain features using Google Mars, I recently stumbled upon a section with a strange geometrical layout, almost like a grid of sorts. The rectangular, terraced features were imaged via the Mars Reconnaissance Orbiter (CTX Context Camera) in April 2009, here's a cropped image showing a small section of the area, slightly contrast-enhanced: 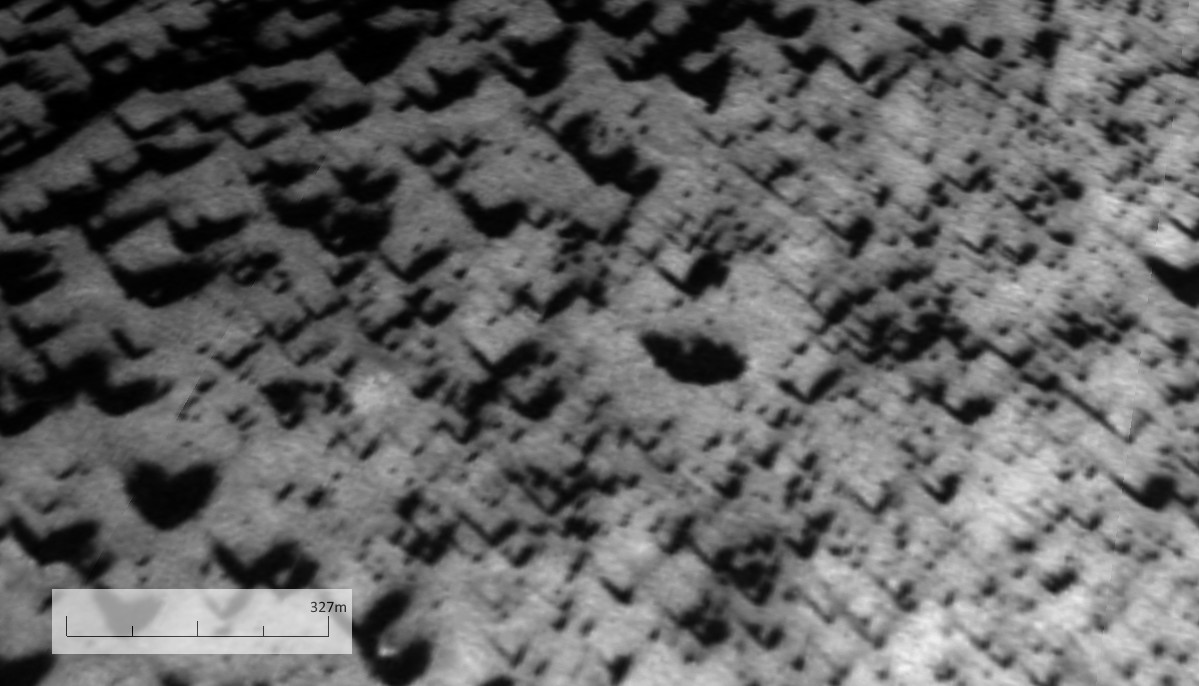 This odd looking terrain is located in an area called Australe Scopuli and seems to be locally restricted to a section of about 4 x 2 kilometers (unfortunately, I couldn't find any similar features nearby). You can easily locate the source image via Google Mars (with the CTX layer activated in global maps) using the following coordinates:

And here's a view of the area in context of the surrounding terrain: 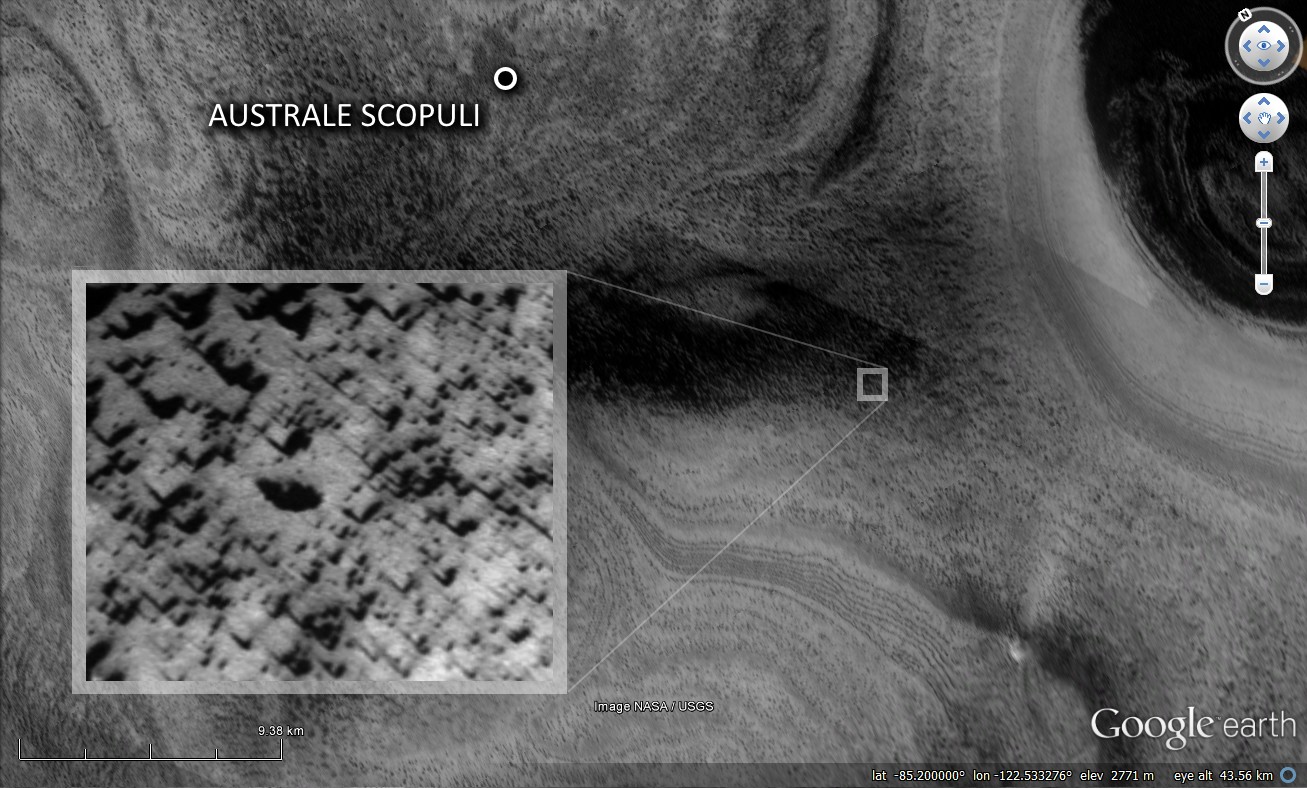 A trick of lighting and resolution? Although rather wishful thinking, I guess that pareidolia would make some of us see something like this: 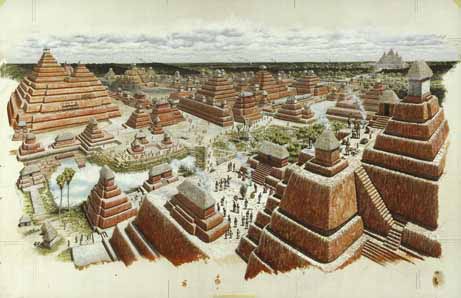 While searching the web for additional details about this location, I came across an old site called Meta Research which used to be hosted by Tom Van Flandern. It turned out that I can't claim any credit for this find, since it was already mentioned on Meta Research back in 2003. Tom Van Flandern first noticed these features on an image acquired by Mars Global Surveyor in 1999, although with a slightly lower resolution. Back then, the terrain was imaged using the MOC camera (see here for the older image) and it was listed on his site simply as "complex" (amongst a few other anomalies).

An excerpt of the original MOC image captured using HiVIEW:

This image displays all of the primary indicators of artificial structures: symmetry, linearity, angularity, and layering over a variety of scales, present here in the extreme

Now, I'm aware that rectangular features can occur naturally on Earth (see Giants Causeway, for example) but I haven't found anything terrestial that would compare to this particular geometry, especially on that scale. But perhaps some of the geologists on here know of a similar location on Earth that could shed some light on this mystery?

I think the question is: are these features actually rocks or rather dark-colored deposits made of lighter material? If rocks, have they fractured along some kind of fault lines?

Personally, I tend to believe there's a geological/natural explanation for this grid-like layout, but I really wouldn't know how to explain it. Any thoughts and ideas are highly appreciated!

Seems similar to the stuff we saw in this post:


Honestly does seem similar to a combination of old Greek, Native American pueblos and the cliff dwellings, etc. Ive been to many native american sites and they look a lot like this.

Was it Futurama that showed a Mayan-like ancient species that was from Mars?

Sort of, I guess ... although I believe we can safely rule out that the various features in the OP are caused by pixelation or image compression artifacts (the likely cause for the alleged city in the thread you linked).

At least, that's what I would think given that we have two different images showing roughly the same geometry, separated by 10 years.

Thanks for posting. I miss seeing all the Mars Anomalies. It does look artificial to me. What are the dark shapes? One of them is shaped like a heart. It looks like the ancient ruins seen here on earth.
edit on 9-9-2016 by EchoesInTime because: spelling

Reminds me of certain metallic minerals. 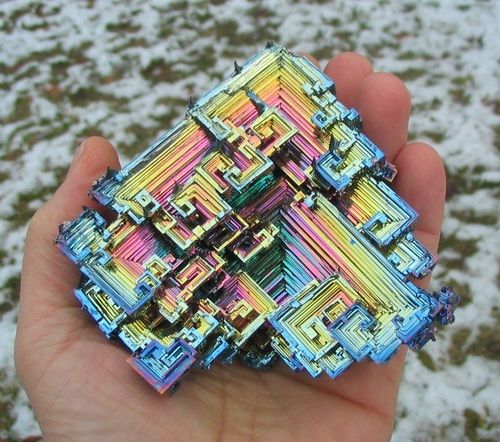 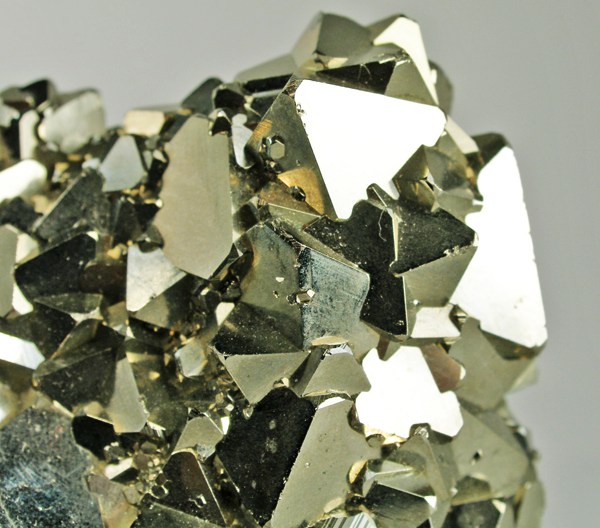 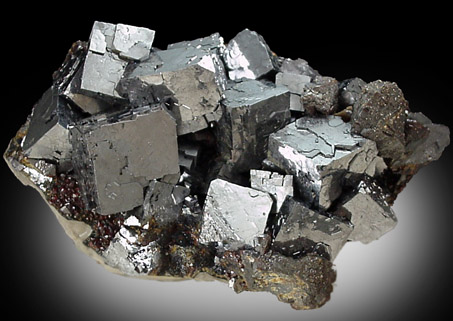 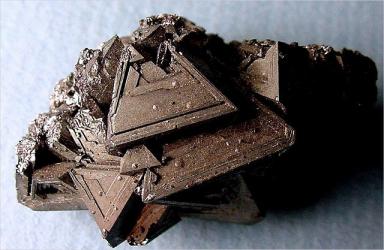 posted on Sep, 9 2016 @ 04:36 PM
link
I recall seeing something about that being the result of sand geysers and it gives the illusion of corners and edges. I'd imagine there are newer, better images? It's been awhile so I don't really remember the details.

Yeah, I could swear I've seen some sweet desert 'art' images of earth, reminiscent of this. Earth beauty slideshow type galleries, or from somewhere like that. Probably had sweet colors involved with sunset types work, or something to that effect. Maybe from an ISS slideshow...

edit on 9-9-2016 by IgnoranceIsntBlisss because: (no reason given)

One of the problems with black and white images is its difficult to tell whether something is shadows or just dark material against light colored material. I think that may be in play here.

Correct, So now the question is why such structure in such a confined area.

Geologists to the rescue?

posted on Sep, 9 2016 @ 04:46 PM
link
a reply to: jeep3r
Good to see another Martian thread , Indeed those are amazing structures , and the martian surface knows quite a lot I think.. Now looking from our earth eyes and architecture one definitely would raise brows looking at that, good find

Actually, I think the first image would be a pretty good fit. Does anybody have an idea whether those crystals can grow to a scale of about 80-120m (that's roughly what I estimated to be the average base-length of the rectangular features in the OP)?

Perhaps it's impact ejecta in crystalline form? MRO CRISM is capabale of analyzing the mineral composition on the surface if I'm not mistaken, I think there are a few CRISM footprints available for that area.

Thanks for posting. I miss seeing all the Mars Anomalies. It does look artificial to me. What are the dark shapes? One of them is shaped like a heart. It looks like the ancient ruins seen here on earth.

IMO the dark spots are either shadows or dark-colored deposits made of lighter material. But in either case the geometry would be difficult to explain, me thinks.

I guess it would be necessary to have some HiRISE imagery of that area with a resolution of 30cm/pixel, but as far as I know there's none available for that particular location.


I remember those crystals found , I believe it was Mexico where they found crystals the size of small bridges . The cave climbers walked over like 40m crystal bridges of various colors . Imagine if they were colored 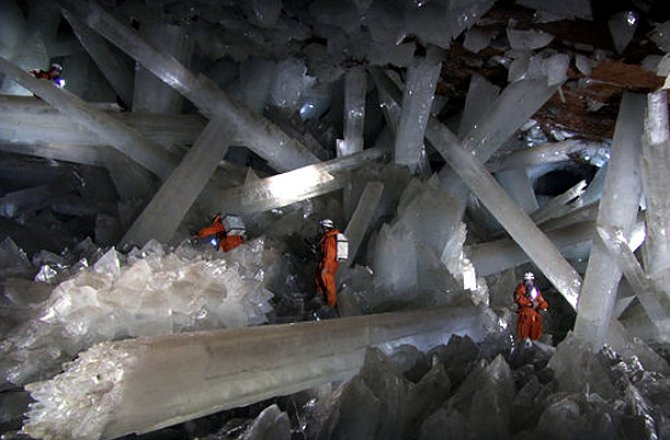 posted on Sep, 9 2016 @ 05:16 PM
link
Looks like lava that got crystalised as it cooled, or perhaps fractured as it did so. Definitely reminds me of Giant's Causeway.

However... it might be just dark streaks and splotches in a pattern on the ground, similar to many other splotched areas nearby. That MOC image definitely makes it look like dark streaks (created by CO2 sublimation, which exposes dark soil underneath).

Even from a completely unbiased position, I'm confident that these are natural features. They don't appear suddenly and clearly from the ground like buildings or ruins do. Instead, they gradually transition into longer and more irregular streaks as you look away from that location.

As for colour of such terrain, MRO's HiRISE camera does give us some approximately-true colour views. There isn't one for that particular area, but here's one for a nearby area (also with some dark splotches):

It looks like an ariel view of a typical housing community here on earth... after a really bad dust storm!


I seem to remember that the Russians took infra red pictures of the southern polar regions and got the same result,lots of squares and rectangles, which came up as unnatural features.This was way back in the late seventies or eighties. Thats where the water is.

we have those here on earth too. you know, those natural formations that sometimes reminds us of artificial formations. they're all over most terrain with a hint of atmosphere or not gaseous planets

That pic reminds me of Fraggle Rock

What you are looking at is ice, or to be more correct, polar layered deposits consisting mostly out of water ice. It is up to ~4 km thick on the south pole.